Is the ISIS Caliphate Collapsing? 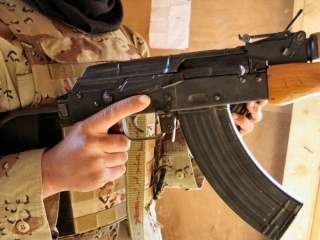 The global image of the Islamic State caliphate is the image of a terrorist organization, caliph al-Baghdadi likes it or not. It continues to wage an all-out war on religious, ethnic and cultural diversities in the name of Islam, but only at the cost of its self-destruction. Such a war runs counter to the spirit of Islam and what God has revealed in the Qur’an. Several verses in the Qur’an (5:32, 5:48, 11:118–9, 10:99–100 & 49:13, for example) forbid violence, blood-shedding, and instruct Muslims to accept and live with diversities in religious faiths. Muslims are also forbidden to fight and kill each other.

Contrarily, the Islamic State, through its war on the Islamic minority groups, Shias and Sunnis alike, is trying to reduce Islamic political, philosophical, sectarian and theological multiplicities, developed over hundreds of years, to a single ultraconservative brand of Sunni Islam, what appears to be a stricter version of the Wahhabi interpretation of Islam the Sunni Gulf Arabs follow. Historically, all great Muslim caliphates or empires have accommodated and tolerated different faith traditions. The Ottoman Empire, for example, allowed the Jews and the Christians of diverse denominations to pursue policies to govern their respective community affairs and personal-status laws, a pluralistic religious approach called the “Millet System.” The Islamic State mostly repudiates what the Muslims have achieved in the past, making it anathema to most Muslims worldwide.

The Islamic State has fought itself into existence through military might and its continuous defeat is also a sign of decline in its military might that seriously dashes its hopes to “remaining and expanding” to raise the flag of Khilafah (caliphate) over Mecca, Baytul-Maqdis and Rome. It gained the image of an invincible power in the wake of the summer 2014 blitzkrieg across north and northwestern Iraq but that image is now shattered, especially after the Iraqi forces’ morale-boosting victory in Fallujah and the recent loss of Manbij. That does not mean the Islamic State is quickly becoming passé, organizationally or ideologically. Even if it dies out as an organization, the ideas behind its emergence—the victimizations of Sunnis in post-Saddam Iraq, the West’s anti-Muslim attitudes and policies, the revival of Islam through a caliphate and so on, may keep inspiring IS’s hardcore supporters and sympathizers for years to come.

Messianic leaders, true or false, emerge from the whirlwind of political chaos, massive socio-economic injustices or foreign interventions causing irreparable damages to local people and their cultures. Ayatollah Khomeini could hardly carry out a successful Islamic revolution in Iran if the Shah had not pursued secular policies to dampen the Iranians’ Islamic identity or if the US had not got so much enmeshed in Iranian domestic affairs to prop up the dictatorial Shah. Similarly, al-Baghdadi capitalized on the illegal U.S. invasion of Iraq resulting in horrific killings and destructions, post-invasion excesses as well as the former Nouri Al-Maliki government’s discriminatory policies towards and injustices against the Iraqi Sunnis. But, harsh military response to eliminate the Islamic State may succeed temporarily; it cannot produce a permanent solution. Building an inclusive government with guaranteed participation for all domestic groups, an end to undue foreign interferences in the Middle East and an understanding between regional heavyweights—Iran and Saudi Arabia on regional issues may prove more effective to contain violence and ensure peace.

Independent Iraq, since its creation in 1932 after the British mandate had formally ended, has been a state, not a nation. The notion of an Iraqi national identity never took roots, be it for dictatorial rule or the unusual ethnic, cultural and religious compositions of the Iraqi state. Inclusive nation-building to foster a sense of belonging together is the way to permanently overcome the Islamic State problem and close the door to the emergence of other violent organizations in the future. It is the same case in Syria.

Image: An Iraqi soldier with a weapon. Photo by Jayel Aheram, CC BY 2.0.