The ISIS Chronicles: A History 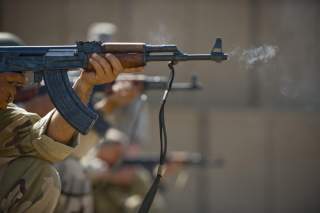 On June 10, 2014, Mosul, the second largest city in Iraq and the capital of Ninawa province, fell to the Salafi-Jihadi organization, the Islamic State of Iraq and al-Sham (ISIS). The fall of Mosul and the subsequent blitz with which ISIS took over other Sunni majority cities shocked Washington and Baghdad. However, the leaderships of the two countries have entertained different visions as to how to deal with this surging threat to regional and international stability. This has only added another layer of misconception about ISIS and its future military and religiopolitical program in the Middle East. ISIS has achieved what Al Qaeda failed to accomplish. A recent statement by ISIS in which it rebranded itself as the “Islamic State,” declaring the establishment of an Islamic Caliphate in Iraq and Syria, led by its leader Abu Bakr al-Baghdadi, as Caliph Ibrahim, shows both the astuteness of its military command and ingenuity of its ideologues. Contrary to conventional wisdom, the Islamic State has already replaced Al Qaeda as the paradigm organization of Salafi-Jihadists and stands, if not defeated in its formative stage, not only to change the map of political geography of the Middle East, but also the scope and breadth of Salafi-jihadi threat to the West and Middle East.

The ideological roots of the ISIS can be traced to the Jama’at al-Tawhid wal-Jihad, which was established in Iraq in 2004 by the Salafi-jihadi Jordanian Abu Mus’ab al-Zarqawi. Al-Zarqawi soon pledged his allegiance to Al Qaeda’s founder Osama bin Laden, and changed the name of his organization to Tanzim Al Qaeda fi Bilad al-Rafidayn (Al Qaeda Organization in the Country of the Two Rivers). This organization became commonly known as Al Qaeda in Iraq. Al-Zarqawi was killed by American troops in 2006 in Iraq. His successors Abu Hamza al-Muhajir and Abu Omr al-Baghdadi were both killed in 2010, whereupon the leadership of Al Qaeda in Iraq passed to Abu Bakr al-Baghdadi.

In principle, Al Qaeda in Iraq embraces a Salafi-jihadi ideology, best advocated by Al Qaeda. The ideology underscores first the return to the authentic beliefs and practices of the al-salaf al-salih (pious ancestors), who comprised the companions of Prophet Muhammad (d. 632), the followers of the companions, and the followers of the followers of the companions. Establishing an Islamic state or a caliphate constitutes the means by which these beliefs and practices are applied. Next, the ideology focuses on the concept of tawhid (oneness/unity of God). This concept is divided into three categories: tawhid al-rububiyah (Oneness of Lordship), tawhid al-uluhiyah (Oneness of Godship), and tawhid al-asma’ wal-sifat (Oneness of the Names and Attributes of God). Tawhid al-rububiyah implies that God is the only creator and to attribute any power of creation to other than God constitutes kufr (unbelief). Tawhid al-uluhiyah implies that God only is the object of worship and to worship other than God or to associate worship with God constitutes unbelief. Tawhid al-asma’ wal-sifat implies that God’s depiction is literally limited only to that presented in the revelation. Correspondingly, Salafi-jihadists apply a literalist reading of the texts of the revelation, comprising the Koran and the Sunnah (customs and traditions of Prophet Muhammad), and they uphold ridding Islam of all bida’ (reprehensible/illegitimate innovations) in belief and practice. As such, they enforce their vision of Islam in belief and manifest action, and they endorse waging jihad against idolatrous regimes that do not govern according to God’s rules.

In practice, however, Al Qaeda in Iraq has disagreed with other Salafist organizations, especially Al Qaeda, over how to bring about the caliphate. Initially, Al Qaeda in Iraq had a fallout with Al Qaeda on account of al-Zarqawi’s blood-spattering actions that inflicted heavy damages on both Sunnis and Shi’a irrespective of Iraq’s communal and political situation. At the heart of the dispute was al-Zarqawi’s plan to first and foremost wage a jihad against the Shi’a, for, according to him, they held the key to radical change in Iraq.

Ayman al-Zawahiri, the current leader of Al Qaeda and one of its major ideologues, blamed al-Zarqawi for alienating many Iraqis and therefore undermining Al Qaeda in Iraq. Abu Bakr al-Baghdadi is reportedly trained by al-Zarqawi and shares his views about the Shi’a and his zeal for violent actions as the means by which to apply Salafi-jihadi ideology and to bring about a caliphate. His reputation as a fierce commander and military strategist, together with his both higher education as a recipient of a doctorate in Islamic jurisprudence from Baghdad Islamic University and his reported lineage from the Prophet’s tribe of Quraysh, has endeared him to a new generation of Salafi-jihadists growing disillusioned with what they consider the scraggy jihad of al-Zawahiri’s Al Qaeda.

To be sure, the rise of Al Qaeda in Iraq had significantly emanated from Iraqi and regional sociopolitical factors. The Iraqi government of Nouri al-Maliki has heretofore pursued a virtually sectarian policy in the country not only alienating Sunnis, but also excluding them from the political system. Members of al-Sahwa, a group of tribal leaders and their followers who were supported by United States to evict Al Qaeda members from their communities in the mid-2000’s, were either arrested or chased from their villages. Even Sunni politicians, such as vice president of Iraq Tariq al-Hashimi, were sentenced to death in absentia. Meanwhile, disaffected Ba’thist officers from the dismantled Iraqi army organized themselves in the Army of Men of the Naqshabandi Order, which mixed Islamic and nationalist ideas. Alienation from and dissension towards al-Maliki government brought these disparate groups together into a symbiotic relationship that Al Qaeda in Iraq exploited when the rebellion in Syria erupted in March 2011.

Led by al-Baghdadi, Al Qaeda in Iraq forged an alliance with the Syrian Salafi-jihadi organization Jabhat al-Nusra in 2011. In fact, the Syrian leader of Jabhat al-Nusra Abu Muhammad al-Golani operated under the flag of Al Qaeda in Iraq until he established his own organization in 2011, whereupon he pledged his allegiance to Al Qaeda. Although it fought alongside Jabhat al-Nusra against the Syrian regime of Bashar al-Asad, Al Qaeda in Iraq moved slowly but steadily and stealthily to control strategic areas in al-Reqqa and Dayr el-Zour provinces, including oil facilities. Practically, Al Qaeda in Iraq focused more on reinforcing and expanding its area of operations in Syria than on fighting the Ba’thist regime. Once confident about its military presence in Syria, Al Qaeda in Iraq announced in 2013 its merger with Jabhat al-Nusra under the name of Al Qaeda in Iraq and al-Sham (ISIS). This merger did not last long as ISIS moved, against the wishes of Al Qaeda, to impose its authority on contiguous territories straddling both Syria and Iraq and on geostrategic areas in Iraq’s al-Anbar and Ninawa provinces. These strategic moves pointed to a phased campaign to wrest control of geostrategic areas in both Iraq and Syria to create a transnational state. An examination of ISIS’s al-Naba’ (annual report) covering the period from November 2012 to November 2013 by the Institute for the Study of War (ISW) revealed that ISIS has a disciplined military command that planned a phased campaign to wrest control of Iraq from the country’s security forces. The ISW analysis also observed that ISIS functions as a military, rather than as a terrorist, network.

It was against this background that ISIS ran over Mosul and other Sunni majority areas in Iraq before controlling the major border crossings between Iraq and Syria. Once ISIS controlled a contiguity of Iraqi and Syrian territories, it declared in late June the establishment of the Caliphate, renaming itself the Islamic State, and proclaiming al-Baghdadi Caliph Ibrahim. The declaration, bearing the title the Promise of Allah, posted on the Twitter account of the organization’s al-I’tisaam Media Foundation, and translated into multiple languages by al-Hayat Media Center, justified the establishment of the Caliphate on theological Salafi grounds, whereby the flag of tawhid rises and flutters, idolatrous orders destroyed, infidels disgraced, heretical people humiliated, and Islamic law implemented. Significantly, the declaration called on Islamist organizations and Muslims to pledge their allegiance to Caliph Ibrahim and support him.

Soon enough, al-Baghdadi, or Caliph Ibrahim, issued on the eve of the Muslim holiday month of Ramadan a message to the mujahidin and the Muslim Ummah (community of believers). His message, in much the same vein as that of Osama bin Laden’s first missive to the Ummah following the September 11 terror attacks, split the world in two camps, the camp of Islam and faith and the camp of disbelief and hypocrisy. Furthermore, he, wearing the mantle of a Caliph dedicated to restoring the glory and rectitude of Islam to the Muslim Umma, called on Muslims to “support the religion of Allah through jihad in the path of Allah,” and to emigrate to the Islamic State because emigration (hijrah) to the land of Islam is obligatory. Clearly, al-Baghdadi is trying to make his Islamic State the focus of loyalty and jihad for all Muslims. He supported his message with Koranic verses and hadiths (sayings) that were meant to cast an aura of legitimacy over his Caliphate.