The Japanese Navy’s 5 Most Lethal Weapons of War 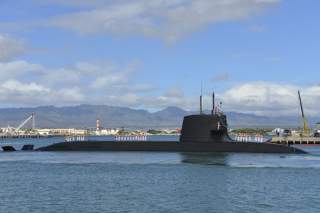 There are currently eight Soryu-class submarines, and the recent announcement of an expansion of the Japanese submarine fleet from 16 to 22 likely means another 4-8 will be built. Both Australia and India have expressed interest in purchasing the Soryu class for their own submarine fleets.