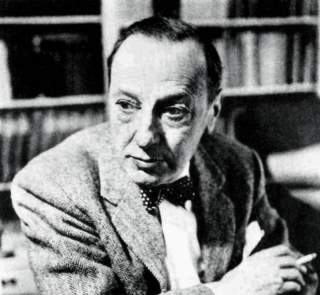 IN 1954, George F. Kennan was completing his two-volume history Russia Leaves the War at the Institute for Advanced Study in Princeton. One evening he met with Ernst Kantorowicz, a German medievalist who had fled the Nazi regime, to discuss his draft. After serving a gourmet meal, complete with fine wines, Kantorowicz conducted Kennan to the living room, where brandy and coffee awaited them, and declared, “Now, my friend, we will talk about what you have done.” Kantorowicz, Kennan recalled in his memoirs, focused on his literary style and approach, offering “the most searching, useful, and unforgettable criticism. This, I thought, was the mark not just of a great scholar but of a great gentleman.” Who was this colleague that could inspire such reverence in Kennan?

In this, the first full-length biography of Kantorowicz, Robert E. Lerner, a professor of history emeritus at Northwestern University, plunges into the thorny thickets of his life to disentangle fact from fiction. Much of the latter can be traced to the medieval historian Norman F. Cantor. In his 1988 book Twentieth-Century Culture, for example, Cantor defamed him: “Beyond doubt, Kantorowicz was a Nazi.” Lerner will have none of this. He sets Kantorowicz in the context of his time, uniting heroic archival research, including numerous interviews with Kantorowicz’s associates and friends, with discerning judgments to trace his remarkable odyssey. The result is a valuable contribution to modern European and American intellectual history.

As a graduate student at Princeton University, Lerner briefly met Kantorowicz in 1961 at a faculty cocktail party, and recalls that “his presence announced ‘great man.’ I had never seen anyone like this. His natty tailoring, replete with vest-pocket flair, suggested Savile Row, perhaps Beau Brummell.” Always something of a bon vivant, Kantorowicz even wore a suit to cookouts and had affairs with everyone from the Oxford don Maurice Bowra to the Baroness Lucy von Wangenheim. Known as EKa to his chums, he possessed what Kennan called an “ineffable Old World charm,” not to mention a formidable drinking capacity.

But Kantorowicz, who shot and killed Communists after World War I during revolutionary uprisings in Germany, also had an icy core. He never married and upbraided his students when they did, regarding the state of matrimony as incompatible with the rigors of scholarship. After a former pupil published his first book, he caustically wrote to him, “You will get good reviews I now believe, although you have fucked up every single Greek quotation and many of the German book titles—and you cannot tell me this is the fault of the Press.” And Kantorowicz, who venerated the ancient world and viewed modern democracy with skepticism, felt an attraction to the Right. After the war, he became a devout disciple of the German poet and mystic Stefan George, who preached antirationalism and the existence of an occult “Secret Germany,” which would eventually issue in a “New Reich.” He never entirely shook George’s influence: as late as 1954, he confessed in a letter, “There is not a day in which I am not aware that everything that I manage to accomplish is fed by a single source, and that this source continues to bubble even after twenty years.” After he fled Germany in 1938, Kantorowicz became embroiled in fresh controversies over an anti-Communist loyalty oath at the University of California, Berkeley in the early 1950s. Lerner interprets Kantorowicz’s actions as a move leftward, but this seems misplaced. At bottom, Kantorowicz was an imperious mandarin who viewed the passions of the vulgar multitude, whether in Germany or the United States, with contempt and disdain.

KANTOROWICZ WAS born in West Prussia in the city of Posen (now known as Poznan and located in Poland) in 1895 into an assimilated upper-class Jewish family that embraced German patriotism. Kantorowicz, who was never bar mitzvahed, said towards the end of his life that he was of “Jewish descent, not Jewish belief.” He learned to speak English from a British governess and lived in a ten-room luxury apartment on a street named after the Prussian dynasty, Hohenzollernstrasse. All his life Kantorowicz would display a penchant for consorting with aristocrats—the only two women he considered marrying were both members of the nobility—and as a teenager, he attended the Royal Auguste-Viktoria Gymnasium, a bastion of patriotism that was named after the reigning queen of Prussia and empress of Germany. Intensive study of Latin and Greek, along with one modern language, was compulsory. The set essay for graduation asked, “Can we as Prussians agree with the saying of Virgil, ‘Nulla salus bello’ (there’s no safety in war)?” Upon the outbreak of World War I in July 1914, Kantorowicz quickly enlisted. He joined Posen’s field artillery regiment and his unflinching valor earned him the Iron Cross, second-class, in 1915. After becoming wounded in July 1916 at Verdun, he recovered in a military hospital and was then sent to Turkey, where he got into hot water for enjoying a dalliance with his general’s mistress. He spent the final months of the war on the collapsing western front. Soon, Wilhelmine Germany was no more. As a defeated Germany lurched into chaos, he fought with right-wing militias against domestic uprisings, beginning in his hometown of Posen, where he battled Poles intent on independence. Next, in Berlin, he opposed radical Spartacists before joining the Volkswehr in Munich to crush the Reds. Decades later, when America succumbed to McCarthyite hysteria about the Communist threat, Kantorowicz wrote,

My political record will stand the test of every investigation. I have volunteered twice to fight actively, with rifle and gun, the left-wing radicals in Germany; but I know also that by joining the white battalions I have prepared, if indirectly and against my intention, the road leading to National-Socialism and to its rise to power.

Towards the end of 1919, Kantorowicz’s fighting days came to an end, and a lifetime of intellectual disputes began. He enrolled at Heidelberg University, which he had visited as a teenager. There, his sister Soscha was a member of an impressive group of young intellectuals that included Friedrich Gundolf. Gundolf, a charter member of the Stefan George circle, earned renown for a brilliantly insightful book on Goethe that related his life and work, rather than examining the latter in isolation. Gundolf gave a series of well-attended lectures in Heidelberg devoted to the German Romantics. A young Joseph Goebbels, then intent on a career in literary studies, was among the enthusiastic listeners. Later, the Nazi propaganda minister would consign Gundolf’s work to the flames. Gundolf’s mission was to explain how a new era of poetry had revivified sagging German spirits during the Napoleonic era. According to Lerner, “The implication was that the contemporary poetry of Stefan George, Gundolf’s master who often stayed in Heidelberg, would be the means for a second German awakening.” Indeed, Gundolf addressed George as Meister and in an article called “Allegiance and Discipleship” called for subordination to a führer.

George, with his regal bearing, emphasis on returning to the Greeks as a source for wisdom and cultural identity, and impassioned belief in a rebirth of the German nation, was able to exert a magnetic spell on an elite group of young Germans. Ever since Winckelmann in the eighteenth century, Germans, ranging from Schiller and Goethe down to George, had been captivated by the vision of ancient Greece as a transcendent model for a new and modern Germany. George, who lived out of a suitcase, liked to hold court in Berlin, Marburg and Heidelberg, where his lieutenants recruited handsome and aristocratic youths. One such gathering took place near Heidelberg in a villa where George conducted a kind of platonic Symposium and had two of his more physically impressive followers disrobe as models for a sculptor before the other members of his circle.

At Heidelberg, the twenty-five-year-old Kantorowicz joined the George cult. He became the lover of one of George’s followers, the wealthy young Count Woldemar Uxkull, a descendant of German Baltic nobility back to the thirteenth century. Kantorowicz adopted a new form of script developed by George in which letters such as e and t were radically altered. In corresponding with him, Kantorowicz addressed the old man as D.M.—short for der Meister. Indeed, he referred to himself as George’s servant.

The depth of Kantorowicz’s devotion to the prophet and his cause can also be detected in his decision to embark upon a biography of the Holy Roman Emperor Frederick II, who vastly expanded the territory ruled by the first German Reich and who died in 1250. In his lugubrious poem “The Grave in Speier,” George had elevated Friedrich II above Frederick the Great in the German dynastic pantheon. Now George suggested that Kantorowicz tackle the monumental task that German historians had shied away from. To the shock and consternation of much of the German historical Zunft, or guild, Kantorowicz succeeded. Kantorowicz’s nationalistic biography, which appeared in 1927 and featured a swastika signet on the cover, was an immediate sensation. Allegedly, Hermann Goering later presented the book with a personal inscription to Mussolini, and Hitler read it twice.