The Key to EU Politics Today Is Portugal, Not Britain or Greece 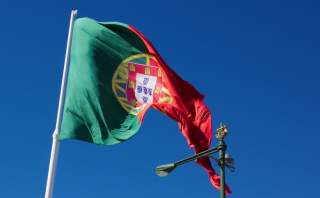 Some apt parallels have been drawn between the British and Portuguese elections in September and October of this year. Some patterns, are similar but commentators have missed why the Portuguese elections spell far more dramatic developments to come than the UK’s elections or even Greece’s: an emerging tectonic change in the country’s foreign policy paradigm.

Portugal is often called a land of mild customs. Historically speaking, it is indeed the least dramatic of the Latin states. Portugal’s inquisition was relatively benign compared to Italy’s, and fascism never really took hold (Salazar’s dictatorship was not militaristic, the ruling party was not particularly prominent and the regime always saw the nation as multiracial). Unlike Spain, Portugal’s last civil war (in the nineteenth century) did not lead to the destruction of entire cities or mass exile; its colonization effort was marked by miscegenation more than genocide. And by contrast with France, Portugal lacked any Terreur or Bonapartism during its transition into a Republic.

In foreign policy, traditionally, Portugal has been both Atlanticist and European. It was a founding member of NATO and has been an avid Europeanist since the democratic revolution of 1974. Mário Soares, who was the leading politician after the revolution—as both Prime Minister and President—even considers himself a “federalist”. Indeed, since 1974, politics has consistently seen a centrist consensus around these memberships, with the center-left (PS) being more keen on the EU and the center-right (PSD, CDS) on NATO.

Like other peripheral EU members, though, Portugal does not naturally possess a significant Europeanist identity: it was not a major part of European history, it did not participate in World War II and its European borders have not changed in 800 years. And unlike some central European states, Portugal is a homogeneous unitary nation without any tradition of federal systems, and it finds no ethnic kinship with other European nations or minorities. Thus, in the absence of war trauma or historical ties, what mostly anchors Europeanism in Portugal—like in other Balkan or eastern European states—is money and narrative. The EU has been a very important source of investment in Portugal, with its annual multi-billion-dollar aid funds, but also an important source of political narrative for the post-revolutionary regime, which replaced Portugal’s colonial legacy with a new foundation belonging to “Europe.”

The end of the Cold War was good news for most of the world except for southern Europe. Peripheral, and therefore impoverished, southern Europeans had relied on cheap labor to attract foreign direct investment (FDI), in the form of residual industry and tourism from northern Europe and America. The opening of Asia and eastern Europe brought with it the delocalization of Western industries, and the halt in conflicts around the world diverted tourism routes to the Southern Hemisphere. Southern Europe stagnated.

In parallel with Britain, Greece and Europe at large, Portugal’s center-left has steadily plunged into crisis since the end of the Cold War. While in Britain, that country’s liberal traditions allowed the Labour Party to engineer “New Labour” and win elections with a strong component of economic deregulation, the Portuguese socialists of PS could not justify the same path: instead of reforming an unsustainable welfare system, they chose to use the euro’s stellar market reputation to contract more debt and simply escape forward by prolonging the system.

When the “great recession” hit, the center-left and the center-right went in different directions and broke the centrist consensus. The Right wanted to move towards austerity: decrease the burden of the debt at the expense of divestment from the welfare system and a relaxation of labor laws. The socialists, led by prime minister José Sócrates, opted instead for a populist neo-Keynesian approach of massive public spending to increase demand and stimulate the economy. Announced investments—in more infrastructure, a new airport, high-speed trains or salary increases to civil servants—guaranteed Sócrates’ reelection. However, rising interest rates quickly drove Portugal out of the lending markets, so that by 2011, the country was forced to request a bailout from the EU/IMF and the socialist government collapsed.

While the newly elected right-wing coalition was left in charge of bearing the brunt of the public’s fury over austerity, the socialists went into soul-searching.

Portuguese politics is not rocket science. Most pundits have been able to foresee the outcome of elections during the past decades because the public and the parties are predictable. The establishment consensus held that the public would blame the ruling coalition for the austerity measures and that a charismatic socialist leader would easily secure victory in the 2015 elections. Accordingly, the socialists chose the then-mayor of Lisbon, António Costa, to lead them and began to position themselves politically on the left, certain the centrist electorate’s votes were locked in by the wide aversion to austerity. There was even an attempt to rehabilitate former PM Sócrates, now in disgrace.

Then reality struck: austerity measures actually stemmed debt growth, the biggest central banks implemented quantitative easing to facilitate trade, the Arab Spring and instability in eastern Europe diverted FDI back to Portugal, Syriza made a spectacle of itself in Greece—and the icing on the cake was the arrest of former PM Sócrates on corruption charges.

Implications for Europe and Transatlantic Relations

A recovering economy and PS’s injured reputation delivered victory to the right-wing coalition instead, albeit only with a relative majority. Normally, the opposition leader would have resigned, but not this time. António Costa has since been seeking something unheard of since the revolution: a coalition between PS and the far-left communists and Trotskyists.

In truth, the temptation of veering left had been visible since he took over PS with the anti-austerity language of a “democratic alternative.” Another example was his party program, which mentioned the EU’s enlargement into eastern Europe as a source of economic problems for Portugal. While this is true, and the intention was to shield PS from accusations that former leader Sócrates was to blame for the crisis, no one in politically correct Portugal—let alone among the federalist Left—would have ever dared mention it before.

The explicit criticism of Germany’s financial policies and the implicit skepticism of EU financial policy has resulted in delivering to the Right, on a silver platter, a monopoly on foreign policy moral authority. Whereas the Left’s Euro-enthusiasm counterbalanced the Right’s Atlanticism, now the Right wields both. This, however, is dangerous because it implies an increased partisan focus on foreign policy matters.

Let’s be clear: neither Costa nor Sócrates are ideologues, let alone far-left ones. This is not a Corbyn or Syriza phenomenon by any stretch of the imagination. What is at play is a structural conditioning of the Left, imposing populist themes through a lack of mainstream ideological platforms with which to compete against the Right.

Where does this differ from Britain? True, as in Britain, we observe the emergence of a more radicalized Left, a triumph of the austerity narrative and increasing Euroskepticism. But what analysts forget is that Portugal is not Britain. Euroskepticism is not deeply entrenched in Portuguese society; nor is “Atlanto-skepticism,” as is the case in Greece, where a civil war between communists and capitalists, and cultural connections to the Orthodox world (Russia, Serbia) always made NATO a worse fit. Atlanticism may come naturally to Anglophone Britain, but in Portugal there is no sense of urgency regarding Russia, and anti-Americanism is prevalent. Remember also that Portugal’s connection to its former colonies and good standing in the developing world was what helped it get elected, over Canada, to the UN Security Council in 2010.

Portugal is far more representative of the average EU and NATO member state. It is true that the Portuguese are not as emotionally invested as some central Europeans in the European project, but on the other hand, Portugal also lacks nationalist Euroskeptic and xenophobic parties. If the Transatlantic consensus is coming under strain even in a country where political correctness and aversion of radicalism are the norm, then the future has some bitter surprises in store for Europe as a whole.

The change on EU/NATO proclivities is subtle, but Portugal, more than Britain or Greece, is the best proof that a change is coming.

Miguel Nunes Silva has a Master’s degree in European studies from the College of Europe and is a Researcher for Wikistrat. He has worked with the OPCW and the European External Action Service, as well as written for The American Conservative and European Geostrategy.