The Liberal War on Liberalism 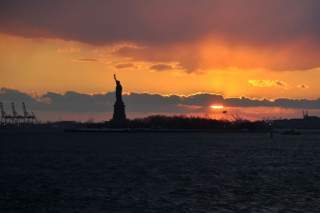 The idea of liberalism, at bottom, is about freedom and toleration. It is less a positive creed than a belief that private choices and opinions ought to be respected. The liberal does not find diversity threatening—or at least does not think the state should be in the business of fighting it. But, of course, liberalism is more than an idea. It is a political movement, and political movements have lives of their own. The ideas they are associated with evolve with the movement. Much of modern American conservatism, for example, is only vaguely connected to the conservative idea. Is the American liberal movement going the same way?

Yes, says Damon Linker in The Week, warning of “an ugly triumphalism on the left” that has seen liberalism “decline from a political philosophy of pluralism into a rigidly intolerant dogma.” He cites as examples the public campaign that led to the firing of Mozilla Foundation head Brendan Eich over his donation to a 2008 campaign against gay marriage in California, a range of efforts to restrain intellectual freedom at universities, and the warnings of imminent American theocracy that followed a rather narrow Supreme Court ruling on one of the finer points of the Obamacare contraception mandate. “What makes [all this] a dogma,” he writes,

is the inability or unwillingness of those who espouse it to accept that some people might choose, for morally legitimate reasons, to dissent from it. On a range of issues, liberals seem not only increasingly incapable of comprehending how or why someone would affirm a more traditional vision of the human good, but [also] inclined to relegate dissenters to the category of moral monsters who deserve to be excommunicated from civilized life—and sometimes coerced into compliance by the government.

It’s hard to reconcile that with the “freedom and toleration” concept of liberalism. So why the change? Linker sees two reasons; the first is more interesting but the second is more informative. Linker’s first argument is that a secular liberal society will eventually lift its politics into the heavens:

From the dawn of the modern age, religious thinkers have warned that, strictly speaking, secular politics is impossible—that without the transcendent foundation of Judeo-Christian monotheism to limit the political sphere, ostensibly secular citizens would begin to invest political ideas and ideologies with transcendent, theological meaning.

And this is what has happened to liberalism, he says. Rather than being what it began as, a “narrowly political strategy for living peacefully in a world of inexorably clashing comprehensive views of reality and the human good,” liberalism has for many become that comprehensive view of reality and the human good. Your neighbor’s ideas are no longer different. They are heretical. Liberalism could become the problem that it was intended to solve.

(Rod Dreher of The American Conservative digs into this idea that there is a “Church of Illiberal Liberalism,” and points readers to an excellent old interview with the Catholic lawyer James Kalb that puts flesh on the bones of the liberalism-as-religion notion.)

But there’s a second point Linker makes, one that should ultimately restore the old-style liberal’s faith that intolerance is not the inevitable consequence of toleration. Linker suggests the idea in play here is that there should be a “liberation of the autonomous individual from all constraints originating from received habits, traditions, authorities or institutions.” But habits, traditions, authorities and institutions are what make societies. Throw economics, technology and geography into the mix and you have a basically complete account of the forces that shape human life in communities. So “liberating” the individual from those forces becomes an enormous task.

That we have gone from favoring respect for the individual to undertaking a massive effort to free him should be a hint that we’ve taken a wrong turn somewhere. Indeed, we aren’t talking about liberalism at all. The notion that we should be fighting “all constraints originating from received habits, traditions, authorities or institutions” is a characteristic, defining feature of radicalism. Radicalism has usually been pursuing that goal or something like it from the days of Rousseau and Robespierre. We all know the stories of radicalism’s bloody extremes—the French Revolution’s guillotine, the Khmer Rouge’s killing fields, the anticlerical murders of Mexico’s Cristiada or Spain’s civil war. But the radical idea usually has a milder face, and it can infect a wide range of political creeds. That’s what’s happening to the American liberal movement now. It’s happened to others, too: libertarians are vulnerable; neoconservatives tend to be radical on foreign policy; the further fringes of the Tea Party have a radical streak. But the left is radicalism’s Patient Zero. Its tendency to tinker with society in the name of progress can lead it to hold that those “received habits, traditions, authorities [and] institutions” with which it tinkers have little value—or are themselves the obstacles to progress. That this view is sometimes right—see the Civil Rights struggle—only sharpens the radical temptation.

So how can American liberalism contain its radical trend? Linker is right, philosophically, when he “urge[s] liberals to return to their tolerant roots.” Yet the liberal movement is currently making hay off radicalism. Many of its old quests in the name of tolerance have succeeded. They’re almost done. Radicalism lets them continue. The quest for gay rights, for example, is winning new victories almost every day. Gay marriage has now been made legal, or made legal in a court ruling that has been stayed pending appeal, in thirty-two states—states that contain nearly 70 percent of the American population. The political currents that made that happen are strong and surging. It’s not surprising that the reservoir of victory cannot contain them, that they are rushing on into new channels of broader liberation. That accounts for the gay-marriage opponents like Brendan Eich who are losing their jobs or facing legal action. The reaction to the Hobby Lobby ruling suggests that the dynamics are similar on other issues. And with politicians able to raise money and rally support off the phenomenon, with much of the media cheering it all on, there’s no sign that liberalism will check radicalism any time soon.