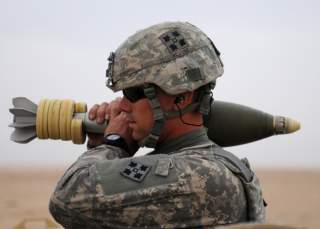 As the most powerful nation on earth after more than a decade of lashing about the world with our military force, one might well ask: What good is it? What have we achieved? Why haven’t we achieved more? From Syria, Iraq, Afghanistan, to the Ukraine, regional or global stability seems in short supply and fraught with human tragedy and strategic peril. Are we in the grip of some sweeping historical trend as the Middle East sorts out its religious and political destiny? Are we fighting for a fading status quo, which will inevitably result in the retreat of American power and influence or just recognition of its limitations?

In 2005, British general Rupert Smith wrote a book called, The Utility of Force. Reflecting on his experience in the Balkans and elsewhere, he asserted that military power no longer seeks to achieve hard political objectives, but conditions in which favorable political outcomes may be reached. Rupert saw a future in which warfare is mostly confined to state versus nonstate actors—the endless, messy wars at the low end of the range of conflict. He rather overlooked the fact that most nonstate actors are actually fighting to become state actors. For state actors, the strategic utility of force can be summed up in four words: assure, deter, coerce, compel.

We assure our allies by maintaining the security of commerce in the great commons which allows for the world economy to sustain trade and prosperity. The basis for civilization is its economic vitality and this use of force should not be taken for granted. In the words of Frank Herbert’s famous science-fiction classic, Dune, “The spice must flow.” Likewise, deterrence should not be overlooked as perhaps the most economic use of force, inasmuch as the threat of force does not actually consume blood and treasure. Deterring aggression across the 38th parallel in Korea or in the straits of Taiwan by the threat of force prevents horrific violence and its potential for escalation. If deterrence fails, we can coerce enemies through force by convincing them their objectives cannot be achieved or are simply not worth the cost. We successfully coerced Saddam into abandoning his claims on Kuwait in the first Gulf War in 1991, as well as Milosevic’s appetite for Kosovo eight years later. However, we compelled Noriega from Panama in 1989 and toppled Saddam from power in 2003. To coerce an enemy calls for manipulating his strategic cost-benefit analysis such that he chooses to comply. To compel an enemy leaves him no choice, only his destruction. Our most significant failures in the last decade have come from a failure to understand the real utility of our power.

Every war, every conflict is unique. Each conflict has its own unique local, regional and international context. To use military power in the pursuit of our national interests without a substantial understanding of that context significantly increases the risk of failure. Unleashing the dogs of war can be risky. Each attempt to use military force to solve a problem is likely to create as many unforeseen problems as war inevitably plays out its unpredictable nonlinear nature resulting in a new evolving context. David Anderson, referring to the Cold War strategy of containment in writing about the Vietnam War, suggested that the great lesson from that war was that we must pay attention to local politics, history and culture when attempting to apply a global strategy to various regions of the world. Unfortunately, there are few lessons learned in policy and strategy—only lessons available. This same caution might have applied to our global strategy to wage the Global War on Terror. Iraq, Afghanistan and the Horn of Africa all have a different context, different problem sets, perhaps requiring different approaches in the use and nonuse of American power.

American military power can assure, deter, coerce and compel, but can it reshape troublesome areas into democratic facsimiles of the United States? It takes a very long time to build nations. In David Fromkin’s seminal study of the Middle East, A Peace To End All Peace, he notes that after the collapse of the Roman Empire, it took Europe almost a thousand years for lasting political entities to emerge. The European colonial empires were only partially successful in transmitting Western institutions and values, and even that often took centuries. Beyond the expectations of what force can achieve, our basic problem is our fundamental belief that legitimate government derives from the consent of the people. This is bone-deep in our democratic DNA. Unfortunately, other regions of the world and other cultures have different answers. For the Middle East, legitimacy may derive from religion, ethnicity or the sheer power of those who can seize and retain it. In wars of choice in which we attempt to build nations out of whole cloth, the local conditions and the local beliefs in what constitutes legitimacy will always trump our strategic cost-benefit calculations in the long run.

Regrettably, the governments that eventually emerge in previously ungoverned or poorly governed areas are full of corruption, tyranny and abuse. If we are saddened or irritated by these facts, we must accept that in all these regions of the world, the people must ultimately accept individual and collective responsibility for their own government. If Iraq or Afghanistan fall into tyranny or chaos, it is an old cliché, but perhaps still true—people get the kind of government they deserve. Our optimism has often led us to overestimate the utility of American power to shape and influence local institutions and political outcomes. In the last half-century, the lessons available suggest that American power has its greatest utility in assuring our allies and deterring potential enemies. Coercing and compelling our adversaries are choices that must be made carefully considering the local, regional and international context in determining the art of the possible.