The Limits of U.S. Missile Defense 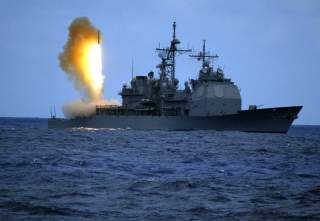 The United States should make prudent investments in missile defense as part of its overall force mix. But Washington should bear in mind the limits of technology and the nature of the relationship between offense and defense, in which offense has and, for the foreseeable future will retain, the advantage.

When he took office, President Reagan was dismayed to learn that he had no way to defend America from a Soviet missile attack. The sole U.S. anti-ballistic missile site had been shut down in 1974, so he had to rely on nuclear deterrence, a concept with which he was fundamentally uncomfortable. Thus, on March 23, 1983, he announced the Strategic Defense Initiative (SDI), posing the question:

What if free people could live secure in the knowledge that their security did not rest upon the threat of instant U.S. retaliation to deter a Soviet attack, that we could intercept and destroy strategic ballistic missiles before they reached our own soil or that of our allies?

SDI spurred research on a variety of technologies to intercept intercontinental ballistic missiles (ICBMs), submarine-launched ballistic missiles (SLBMs) and their warheads. Some effort went into development of ground-launched interceptor missiles with “hit-to-kill” technology, in which a kinetic kill vehicle would be launched and fly into an incoming warhead, destroying both.

SDI also prompted exploration of more exotic technologies, including ground and space-based directed-energy weapons. The program put significant emphasis on boost-phase intercept, when the heat from rising ballistic missiles could be readily tracked, and destroying a missile would also destroy all the warheads it carried.

One proposed space-based weapon, Excalibur, planned to use the detonation of a nuclear device to power X-ray lasers that would strike ballistic missiles during or just after their boost phase. SDI also investigated chemical lasers and neutral particle beams. Brilliant Pebbles envisaged deployment of a network of autonomous satellites that could release small hit-to-kill projectiles, which would intercept and destroy ballistic missiles and warheads.

Star Wars sparked controversy because its testing, to say nothing of its deployment, would have necessitated U.S. withdrawal from the 1972 Anti-Ballistic Missile (ABM) Treaty, which tightly constrained U.S. and Soviet strategic missile defenses. The program provoked a minor panic in Moscow. By 1987, however, knowledgeable Soviet scientists such as Roald Sagdeev had begun to assure Mikhail Gorbachev and others that this was indeed rocket science and very hard to do.

The Pentagon and American scientists also became aware of the limits of technology. Despite significant spending, research and development on directed-energy weapons and Brilliant Pebbles did not produce mature technologies that could be used in deployable missile defenses.

Meanwhile, the Cold War drew to a close, and President George H.W. Bush presented a more modest vision for missile defense. Global Protection Against Limited Strikes, or GPALS, was comprised of holdovers from SDI, including Brilliant Pebbles.

The program represented a significant departure from Reagan’s vision of an impenetrable dome protecting the United States. GPALS aimed to stop a small ballistic missile attack on America and to thwart limited strikes against U.S. troops by theater ballistic missiles rather than to defend the U.S. homeland from an all-out Soviet ICBM assault. Though several of the theater missile defense systems initially included in GPALS are part of U.S. missile defenses today, the broader defense never came online.

President Clinton took office in 1993, and his administration cancelled Brilliant Pebbles, instead directing resources toward theater missile defense, influenced in part by the difficulties that the U.S. military had had in defending against relatively primitive Iraqi SCUD missile attacks during the 1991 Gulf War. The U.S. military developed and later fielded the Aegis SM-3 shipboard missile defense system; a hit-to-kill Patriot missile, the PAC-3; and the Theater High Altitude Area Defense (THAAD) missile system.

Later in Clinton’s term, new concerns—especially in Congress—about emerging ballistic missile capabilities in Iran, North Korea and Iraq led to a push for a more robust national missile defense (NMD) program. The National Missile Defense Act of 1999 set the goal of defending the United States against a limited ballistic missile attack. To do so, the administration pursued development of a ground-based interceptor, along with associated radars and other tracking systems, to defeat a limited ICBM strike. However, after test failures and questions about the implications of the NMD program for the ABM Treaty, Clinton elected to leave the scope and timeline of deployment to the next administration.

Back to Homeland Defense

President George W. Bush took office in 2001 determined to field an NMD system as quickly as possible, to protect against an attack from countries such as North Korea and Iran. He initiated U.S. withdrawal from the ABM Treaty, pumped additional funding into missile defense (a total of $66 billion during his eight years in office), and set a goal of deploying an initial defense of the homeland by 2004—the Ground-Based Midcourse Defense (GMD).

The GMD interceptor employed an exo-atmospheric kill vehicle (EKV), which would collide with and destroy incoming warheads in space during the midcourse portion of their flight. However, in its haste to field a homeland defense at Fort Greely, Alaska and Vandenberg Air Force Base, California, the Bush administration deployed interceptors before they had been fully tested. The rush left significant questions about their effectiveness and reliability.

President Obama has continued a fairly vigorous funding of missile defense, spending about $48 billion beginning in Fiscal Year 2010. After a review of ballistic missile defense programs in 2009, the Obama administration announced the European Phased Adaptive Approach. Rather than deploying GMD interceptors in Europe, as called for in the Bush plan, the Obama administration focused on the Aegis SM-3 interceptor, to be deployed on ships, at first, and then on the ground in Romania and Poland.

Largely in response to Congressional concerns, the administration plans to add fourteen GMD interceptors to the thirty already deployed at the Alaska and California sites by 2017. The Pentagon has also started an environmental impact study to identify two possible sites for an East Coast GMD base.

The GMD program, however, has been plagued by questions. The interceptor has passed just nine of seventeen tests since 1999. The most recent test, in June 2014, was the system’s first success since 2008. Furthermore, the GMD interceptor tests have been highly scripted, with target trajectory known in advance. The interceptor has not yet been tested against a target with the velocity of an ICBM warhead (that test is slated for 2017), nor has it had to face sophisticated decoys and other countermeasures, which would complicate intercept of a real enemy warhead.

The Bush and Obama administrations have had far greater success with their shorter range interceptors, the SM-3, PAC-3 and THAAD. For example, since the THAAD program was reconfigured in 2006, it has intercepted eleven of eleven test targets.

Missile defense should be one part of a sensible mix of U.S. military capabilities. The United States should not allow a country with a few ICBMs a “free ride” in attacking the homeland. At the same time, missile defense spending has opportunity costs: every dollar spent on a GMD interceptor is one less for strategic nuclear modernization or conventional forces.

The history of missile defense since 1983 has been one of downsizing expectations, as U.S. programs have regularly encountered technological and budgetary limitations. SDI was intended to deal with thousands of incoming warheads, while GPALS originally sought to defend against 200 warheads or fewer. NMD aims to cope with a few to a couple of dozen warheads at most.

While progress has been made at intercepting shorter range missiles, defending the American homeland continues to be a difficult task. Current U.S. GMD capabilities remain uncertain at best. When I once asked a knowledgeable U.S. official what he would do if a (currently nonexistent) North Korean ICBM were launched in the direction of Seattle, he said he would fire a bunch of GMD interceptors and cross his fingers.

Several considerations should guide U.S. missile defense thinking. First, it is important to get the technology right before deployment. Eleven years after placing the first GMD interceptors in Alaska, the Pentagon is striving to ensure that those interceptors work effectively. Recognizing the limitations of the current EKV, the Missile Defense Agency plans to begin flight-testing a redesigned EKV in 2018, with the goal of deploying it in 2020.

Some in Congress are pushing for construction of a third GMD site on the East Coast. That is not a priority for the Pentagon, as GMD interceptors based in Alaska have the range to provide some defense against an Iranian ICBM. It would be more prudent to put more funding towards getting the existing interceptors to perform more effectively. Interceptors that work at two sites would provide a better defense than interceptors that do not work at three sites.