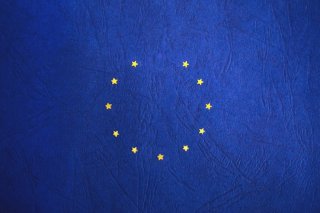 “‘Never has so much been put at risk for so many by so few for so little,’ says Robert Jenkins, a former banker, fund manager and policymaker, delivering an ironic invocation of Churchill’s description of . . . the Battle of Britain.”

Although over two weeks have passed since the British vote to leave the EU, much remains unclear. However this story unfolds, it will be a fairly lengthy process that will depend on political developments in the United Kingdom and on the continent, as well as on the pace and outlook of negotiations and the state of the economy. In the meantime—and until any negotiations are concluded—there will be no immediate change to people’s rights to travel and work, in the way goods and services are traded, or to the way the UK economy and financial system are regulated.

While Britain and Europe are still reeling from and confused about the aftermath of the June 23 referendum, trends have begun to emerge that provide some guidance for the weeks and months ahead. British voters’ decision to take their country out of the European Union after forty-three years of membership is without a doubt the most significant event on the continent since the fall of the Berlin Wall. It will result in a high degree of uncertainty for the foreseeable future and may see a significant fragmentation—if not the ultimate end—of the United Kingdom. Moreover, it will mean heightened tensions and risks of divisions among the twenty-seven remaining members and have profound implications for U.S. interests on the continent.

As Robin Niblett, director of the British think tank Chatham House, aptly put it, “a positive compromise requires a better understanding of each other’s concerns and a greater sense of empathy than currently exists on either side.” While Theresa May, Britain’s seventy-sixth prime minister, has not pinpointed when Britain will trigger the Article 50 process that will set the clock ticking, mapping out a constructive new UK-EU relationship is the crucial issue. But the opportunity to achieve this may well be missed, as a deep and mutual mistrust and disbelief divides many of Britain’s leaders from their European counterparts—risking to further compound the UK-EU split.

Article 50 of the Lisbon treaty sets out how an EU country might voluntarily leave the union. It is entirely up to the departing member state to trigger Article 50 by issuing a formal notification of its intention to leave. However, Britain’s Brexit vote does not require the government to pull the trigger immediately because the referendum is not legally binding. According to the British government’s legal services, the prime minister can trigger the two-year process of negotiating the UK’s withdrawal from the EU without a vote in Parliament, as the PM may invoke Article 50 under the royal prerogative, which does not require parliamentary approval.

Once Article 50 is formally invoked, the country will have two years to negotiate its withdrawal with the other member states. Failure to conclude the negotiations within that two-year period will result in the UK exiting the EU and falling back to WTO rules in its trade dealings with the bloc, unless every one of the remaining EU states agrees to extend the negotiations. WTO rules would apply, as they only allow countries to discriminate in favor of a trade partner in a limited number of circumstances—including a full bilateral trade deal. Theresa May has indicated there should be no general election before 2020 and is not expected to trigger Article 50 before the end of 2016, to give Britain time to “finalize” its negotiating stance.

Extricating the UK from the EU will be a complex affair, and the process could drag on much beyond the two-year timeline stipulated by Article 50. The full scale of the task facing Whitehall is massive, as the UK must renegotiate eighty thousand pages of EU agreements, deciding those to be kept in UK law and those to jettison.

When Prime Minister David Cameron announced the morning after the referendum that he would stand down by the autumn, he indicated he was leaving it to his successor to decide when to trigger Article 50. However, many in Brussels, as well as leaders in the UK Independence Party (UKIP), have made it clear they want the separation to move as quickly as possible. Others, including Germany’s Chancellor Angela Merkel, said they saw no rush and that timing was in the UK’s hands. In the end, the remaining twenty-seven are expected to wait until the designation of a new British prime minister to start turning the heat up again, for a probable triggering of Article 50 in late autumn.

However, what is clear from both Chancellor Merkel and French president François Hollande is that there will be no informal talks between the UK and the EU before the country invokes Article 50, despite comments made by Chancellor of the Exchequer George Osborne, who believed the exit process could only begin after attaining a better sense of what the post-Brexit relationship would look like. Furthermore, the UK has already been warned that it wouldn’t be able to cherry-pick EU privileges while shirking responsibilities. This has a lot less to do with the media hype around “punishing Britain” and a lot more to do with the concern, both with the European Commission and key member states, of a risk of referenda contagion, and the need to send a clear message to those who may want to follow the UK and revise their relationship with the EU that there is a cost to leaving the bloc. In other words, you can’t have your cake and eat it too.

The question as to whether triggering Article 50 would definitely cast the UK on its way out of the EU has set chanceries, newspapers and legal experts abuzz. According to the French government’s legal service, the UK would be entitled to rescind a notice to withdraw even though it had invoked Article 50. Such flexibility would mean that even if it was triggered, the UK could reverse a decision to withdraw, if either Parliament or a second referendum endorsed the step.

There is also much talk, in London and on the continent, of finding ways to “reverse the result.” The desire to rerun the June 2016 vote—whether through a second referendum or a general election—will most probably linger and hover in the background, depending on how the negotiations proceed and the British economy performs. However, toying with the result of the June 23 vote would require a very deft hand to pull it off. At this stage, we do not believe this to be a serious political option: Theresa May has made abundantly clear that in her view the will of the people will be obeyed; a second referendum could be politically very costly to the Conservatives, whose Euroskeptic wing would likely split, potentially joining with UKIP; and European leaders heading towards their own elections would step up anti-UK policies.

What Sort of a Deal Will London Seek?

The heart of the debate will pit those in the UK who feel they need to retain a close relationship with the EU, access to the single market and some minor concession on free movement of people, against those who want to curb European migration as quickly as possible and don’t value membership in the EU’s internal market. In other words, this is a battle between a “Norway-plus” constituency and a “Canada-light” caucus.

A “Norway-plus” deal would mean full access to the single market, but in return the UK would be obliged to pay a contribution to the EU budget, accept the rules of the EU club, and hence a majority of EU laws, including free movement of people—all the things the Leave camp loathes about the EU. The “Canada-light” option, on the other hand, would take the form of a free trade deal between the UK and the EU, giving Britain preferential access to the EU single market and eliminating most trade tariffs, without all the obligations that Norway faces. British exporters would have to prove that their goods are entirely “made in Britain,” which imposes extra costs, to prevent imports entering the EU through a “back door.” Crucially, such a deal would not give UK financial services the EU market access that they have now. It would also mean that firms that export to the EU would have to comply with EU product standards and technical requirements without having any say in setting them.

The real issue for the UK however, as indicated by EU Trade Commissioner Cecilia Malmström, is that it cannot begin negotiating trade terms with the bloc until after it has left. Even if other EU Commission officials privately believe it is “inconceivable” for trade talks not to start before the UK’s exit, Malmström’s view of two consecutive sets of negotiations appears technically correct. At the EU summit in Brussels on June 29, the twenty-seven government leaders—without the UK—agreed Brexit “divorce” talks should begin and end before initiating any talks on a new settlement for the UK, with an apparent determination among the leaders not to mix the two.