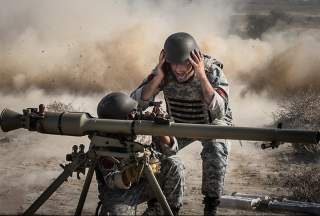 In recent weeks, a variety of foreign-policy issues have been raised regarding President Donald Trump’s nominees for key national-security posts. The issues that have been mentioned include confronting Russian expansionist desires, contending with Chinese provocation in the South China Sea, ensuring that Iran does not violate the Joint Comprehensive Plan of Action, and formulating a plan to defeat ISIS.

While the aforementioned issues are of great importance to U.S. security, and will undoubtedly have to be top priorities for—if all are confirmed—Rex Tillerson at the Department of State, retired Marine general James Mattis at the Department of Defense and Rep. Mike Pompeo at the Central Intelligence Agency, no time was given to outlining the challenge posed to the United States by Islamic extremism in Latin America.

For decades, the Islamic extremist terrorist group Hezbollah has been able to find refuge and various financing sources in the notoriously crime-infested Tri-Border Area between Argentina, Brazil and Paraguay. However, as has typically been the case in the post–Cold War era, out of fear of being accused of meddling in internal matters, this Western Hemisphere security challenge has long been neglected.

Precisely because of a lack of American leadership in taking on Hezbollah in Latin America, the United States’ closest ally in the War on Terror, Israel, has recently had to take initiative and attempt to resolve the matter because of its own security concerns. Back in September, the Israeli Ministry of Foreign Affairs admitted to the Jerusalem Post that “Israel cooperates with Paraguay in the battle against terrorism and maintains a supportive role in actions against Hezbollah at the tri-border region.”

In part as a result of the close relationship built upon years of Israeli intelligence support in Paraguay, the Israeli Ministry of Foreign Affairs announced the opening of an Israeli embassy in the landlocked South American country. The Tri-Border Area is infamous for the illicit sale of tobacco as well as various electronic products, and Hezbollah associates are known to be highly active in the local business community.

Israeli action in Paraguay is all the more urgent given the Lebanese Parliament’s recent election of President Michel Aoun, a Maronite Christian former general who openly enjoys Hezbollah’s political support. Aoun said during a trip to Saudi Arabia earlier this month that Lebanon has “normal relations with Iran.” More troublingly than simply embracing Iran, the Lebanese leader went on to state that Iranian support for Hezbollah “could continue indefinitely.”

Enduring Iranian support for Hezbollah is dependent on a steady stream of income, which is now guaranteed for the foreseeable future thanks to the windfall of millions of dollars Iran received in the wake of the JCPOA and its subsequent legitimization in the eyes of international markets and investors. Aside from the money needed to fund elaborate terrorist plots across the world, Hezbollah enjoys the fervent support of a great many Shia Muslims of Lebanese descent who call several countries in Latin America their home.

The security dilemma that Hezbollah’s Latin American presence poses to the United States is compounded by the close ties between Iran and its fellow OPEC member state, Venezuela. The oil-rich Andean country’s new vice president, Tareck El Aissami, is reportedly under investigation by the U.S. government for drug trafficking, and is also suspected by experts on radical Islamic terrorism in Latin America of having close ties to Hezbollah in the region. While El Aissami’s alleged terrorist connections are troubling, they are not all that surprising, given that Iran has sold Mohajer drones to Venezuela in the past.

Ties between radical Islamic forces and Latin American state (and nonstate) actors have also already hit U.S. shores, which is why prioritizing this issue is long overdue. U.S. officials managed to tie the Iranian elite military unit, the Quds Force, to a failed attempt to try and hire Mexican cartels to assassinate the Saudi ambassador to Washington in October 2011. Hezbollah-affiliated individuals are also trying to use the U.S. banking system to launder ill-gotten gains from drug trafficking in collaboration with Latin American cartels, as law enforcement officials put a halt to this money laundering activity in Miami back in October 2016.

It is absolutely critical that a Trump administration work closely with congressional leaders, such as Rep. Robert Pittenger, vice chairman of the Task Force to Investigate Terrorism Financing of the House Financial Services Committee, along with Rep. Ileana Ros-Lehtinen, Sen. Marco Rubio and Sen. Jeanne Shaheen, among others, who are well-versed in and passionate about stopping radical Islamic terrorism in Latin America. Trump should also look at the conclusions of the Task Force to Investigate Terrorism Financing report from December 2016, which concluded that the U.S. Department of the Treasury needs more resources to be at the forefront of preventing and combatting terror finance.

President Trump campaigned on both strong support for Israel and a commitment to defeat radical Islamic terrorism across the world. If a Trump administration is serious about following through on those two promises, then it must invest the necessary resources into eliminating the threat of radical Islamic terrorism emanating from Latin America. Given that Argentina’s President Mauricio Macri (inaugurated in December 2015) and Brazil’s President Michel Temer (who came to power in August 2016) are relatively new at their respective jobs, Trump should be able to build a strong and fresh relationship with the two leaders in defeating radical Islamic terrorism in the Tri-Border Area. There can be no safe haven for radical Islam, especially in the same hemisphere as the United States.

J.P. Carroll is a freelance national security and foreign affairs reporter based in Washington, DC, with a particular focus on U.S. relations with Latin America and Europe. Follow him on Twitter @JPCarrollDC1.