The Ma-Xi Summit: Democracy is Thicker than Blood 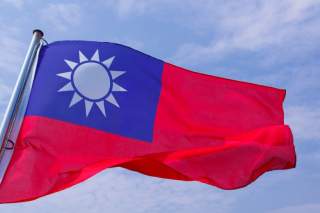 The eyes of the international community were turned to Singapore this weekend for the “historic” summit between President Ma Ying-jeou of Taiwan and Xi Jinping of China—the first direct contact between the leaders of the two sides since the creation of the People’s Republic of China in 1949. Eager to portray the unprecedented meeting as a potential game-changer, some commentators flirted with hyperbole: an eighty-second handshake had reversed six decades of hostility, realizing common hopes that, we were told, would propel relations across the Taiwan Strait in an entirely new and hopefully peaceful direction. All of this, however, was overhyped by media that thrive on dramatics. In reality, the meeting was a distraction that is unlikely to fundamentally alter the face of politics between the two countries.

It was certainly tempting to regard the summit as a milestone in cross-Strait relations, especially among latecomers to the issue, who may not have had all the information they needed to fully grasp the hugely complex relationship that exists between China and Taiwan, the democracy of twenty-three million that Beijing regards as a mere breakaway province awaiting “reunification” and the significance (or lack thereof) of the meeting.

One characteristic of many of the articles and news reports that surfaced prior to and in the wake of the meeting in Singapore was the tendency to regard the event as representing a sudden shift in relations. This created the impression that at long last, Taiwan and China had come to their senses by stepping back from the brink of nuclear war and ushering in an era of “brotherly” peace and reconciliation. Many news reports failed to explain that relations between the two sides had already improved—or at least normalized in many respects—over the past seven years, and that the meeting was therefore the logical next step.

Another blind spot for a number of commentators was their reading of the reactions to the meeting back in Taiwan, which were characterized as either “hopeful” or, among the supposedly “anti-China” segment of the population, downright “hostile.” Nuance, where the true essence of Taiwan can be found, was sacrificed for the sake of storytelling, and its antithesis, ignorance, played to the benefit of the two entities that stood to gain the most from the black-and-white depiction of the situation: President Ma’s party and the Chinese Communist Party.

To understand why the summit wasn’t such a big deal, and ultimately why it will not have a substantial or impact on the future, we must turn to public attitudes in Taiwan, which are often overlooked by the international community, largely due to the absence of foreign journalists in Taiwan and academia’s subsuming of Taiwan into the field of “China studies.” It is essential that we come to terms with the reality that although Taiwanese generally favor dialogue between senior officials from both sides of the Taiwan Strait under the right conditions, they are adamant that such contact shouldn’t come at the price of Taiwan’s liberal democratic way of life. This is a non-negotiable point not only for the pro-Taiwan independence camp, but also for the traditional supporters of President Ma’s party, the Kuomintang (KMT), and those who hold that their country is the Republic of China, the official designation for Taiwan. President Xi could report for eternity that the two sides are a “family whose blood is thicker than water” and that “no force could separate” Taiwan and China; the reality is that such a force exists, and it is alive and well. That force is democracy, which is now inextricably enmeshed with Taiwan’s idiosyncratic and multifaceted identity. On Saturday night a number of retired KMT soldiers, now in their eighties and nineties, expressed deep anger with President Ma and wondered why they had made so many sacrifices fighting the civil war only to see their president “capitulate” to the Communists. Although “capitulation” probably overstates Ma’s intentions, this is nevertheless a telling anecdote.

The Taiwanese are also aware that despite the good intentions that were ostensibly behind President Xi’s decision to meet President Ma, Beijing’s designs on Taiwan have not changed: it still does not recognize the existence of Taiwan and remains fully committed to annexing the island nation—by recourse to force if necessary—a position that collides with the deeply held view, even if unstated by many, that Taiwan already exists as an independent state.

In fact, it is probably Beijing’s fear that Taiwan is “slipping away” that led its leadership to finally make the meeting happen, if only to maintain the illusion that relations are on track and to give President Ma’s party a much-needed morale boost. Rather than a seminal development in cross-Strait relations, the meeting was conceivably an act of desperation, an eleventh-hour gamble that, in terms of its optics, could not have occurred at a worst time, taking place two months before the presidential and legislative elections in Taiwan.

It didn’t help either that the announcement of the upcoming meeting was only made three days before it occurred. As President Ma’s party faces defeat in the concurrent elections, the timing has encouraged the belief that Beijing may be conspiring to influence democratic processes in Taiwan by boosting Ma’s image internationally and straitjacketing the opposition. If that was the intention behind the meeting, it is unlikely to succeed: Tsai Ing-wen, the leader of the opposition Democratic Progressive Party (DPP), is well ahead in the polls, and her lead is unlikely to drop markedly between now and Election Day on January 16. This is in large part due to her embrace of the “status quo” in the Taiwan Strait (no de jure independence and no unification) and a well-oiled election campaign that, unlike that of her opponents, has focused on domestic issues, which are of far greater interest to voters.

Still, it was inevitable that the Ma-Xi summit would affect the narrative on Taiwan. And there may have been hope in some circles that this will be sufficient to turn the election around. Quick to champion the cause of peace, some editorials in international media have already cautioned in a not-too-subtle manner that the greatest impediment to future peace and stability in the Taiwan Strait will be Taiwan’s “ferociously democratic system,” which a DPP bent on declaring independence would presumably exploit to its advantage. When the perfectly legitimate desire of a people to maintain their way of life is regarded as “the biggest threat,” logic follows that an increasingly authoritarian regime with annexationist ambitions is a peacemaker.

This kind of moral abdication only encourages communist propaganda rags like the Global Times in their accusations that Ms. Tsai’s “shrieking cries”—a reference to her calmly stated remarks that Ma had “damaged” Taiwan’s democracy by dismissing accountability and stipulating that cross-Strait relations should continue to flourish under the “one China” principle—revealed “her narrow mind and extreme political selfishness of putting votes above peaceful development across the [Taiwan] Straits.” It reinforces the perception that Ms. Tsai, who prior to Saturday had already stated that she had no fundamental objections to top-level meetings between the two sides, may not be as well equipped as the KMT to ensure continuity and stability in the Taiwan Strait, and that her politics risk resurrecting a “rift”—which has since been assuaged—between the DPP and its main ally, the United States.

Never mind that such editorials contradict her many affirmations of her intention to maintain the “status quo” and to engage China in a constructive and substantive manner if elected, or that her party chose not to join the street protests over the Ma-Xi visit, a decision that earned it criticism by some of the more vocal pro-independence groups. Ms. Tsai didn’t adopt those views because she puts votes above peaceful development, as the Global Times preposterously argues, but because this is what the public expects from its politicians. While we shouldn’t expect the editorial staff at the Global Times to understand the workings of democracy, the same cannot be said of other media that also ran crass editorials on the subject, The Associated Press and the Financial Times among them.

When it comes to future peaceful developments, the ball is therefore in Beijing’s court, not in Taiwan’s. Cordial and constructive relations can exist between the two states, provided that Beijing accepts that Taiwanese identity and the desire to remain independent from China are a fact of life that is unlikely to change, no matter how powerful China has become militarily and economically. Taiwanese are perfectly willing to live peacefully side-by-side with China—but as equals.

So what did the Ma-Xi summit accomplish, if anything? It undeniably set a precedent, and the ability of the two sides to sit down and talk is certainly a welcome development. But it occurred with a man who six months hence will no longer be president—in fact, he isn’t even chairman of his party anymore. He is therefore a lame duck and in no position to accomplish much for the remainder of his term, unless he decides to go against public opinion, which would seal the fate of his struggling party once and for all. Although the highly symbolic summit will likely secure Mr. Ma’s legacy, such as it is, it would nevertheless have been much more significant if Mr. Xi had had the gumption to seek a meeting with the person who is most likely to be the next president of Taiwan. In fact, Mr. Xi’s meeting with KMT chairman and presidential candidate Eric Chu in May was arguably much more significant than the few hours he spent in President Ma’s company, as Chu’s ability to influence his party, and by rebound Taiwan (the Leninist structure of the party gives the chairman formidable powers), is much greater than Ma’s.