The Marginalization of Taiwan Must End 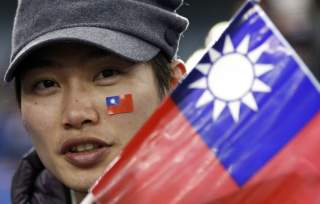 Images of Taiwan’s flag began mysteriously disappearing from U.S. government websites in late 2017. With no explanation, the white sun, blue sky, and red field of the Republic of China flag was deleted from the State Department’s page on Taiwan in September, with some other U.S. government sites following suit. While the removal of a few “flag.jpg” files may seem trivial, for Taiwan even the subtlest implications about its status can be highly significant.

The removal of its flag is a blow to Taiwan’s dignity and international presence, both of which are under increasing pressure by Beijing. It has led to a flurry of confusion and critical statements from Taiwan’s diplomats and press, injecting doubt into the U.S.-Taiwan relationship. I’m concerned that the flag removal was an ill-considered but deliberate choice made by U.S. diplomats, and that related statements obscure the reality of its formation.

While the underlying basis of the United States’ One-China Policy is unaffected, the flag removal appears to be the result of a change in how the State Department handles some of the gray area in the U.S. conception of “One China.” The flag removal has shrunk this gray area, to the detriment of Taiwan, the U.S. national interest, and the values we share. Taiwan exists in an undefined space. We should seek to expand this space, not diminish it.

China follows a One-China principle, which differs significantly from the U.S. position, and is oriented towards the reunification of Taiwan with the mainland under the People’s Republic of China (PRC) government. China’s principle holds that there is only one entity called “China,” Taiwan is a part of this entity, and the PRC government is its sole legal representative.

Reunification is a priority for Xi Jinping, China’s authoritarian leader. To facilitate reunification under Xi’s terms, the PRC has moved aggressively to isolate and marginalize Taiwan. Breaking a diplomatic truce that held from 2008 to 2016, Beijing has again begun to poach Taiwan’s diplomatic allies. After the defection of Sao Tome and Principe in late 2016 and Panama in June 2017, only nineteen countries plus the Vatican give formal diplomatic recognition to Taiwan. Now, a grand bargain between Beijing and the Catholic Church is in the offing, which may have dire implications for Taiwan’s recognition by the Holy See.

The PRC has also blocked Taiwan’s participation in even the most innocuous international organizations, including the World Health Organization and the International Civil Aviation Organization. There is a military component to this pressure as well, including threatening circumnavigation flights by PLA aircraft around Taiwan. In this context, the health of the U.S.-Taiwan relationship is more critical than ever.

A little-known memo titled “Guidelines on Relations with Taiwan” controls important aspects of this relationship. It is issued periodically by the State Department and has not been made accessible to the public or generally available to Congress. It establishes rules and special restrictions for diplomatic interactions between the United States and Taiwan, given the unique nature of the relationship. I’ve become aware that in 2015, a new version of the memo was issued, which included a new rule prohibiting the display of Taiwan “symbols of sovereignty” on U.S. government websites or online accounts.

At a confirmation hearing on February 14, Marco Rubio asked Acting Assistant Secretary for East Asian and Pacific Affairs Susan Thornton, who has been nominated to take up the position permanently, about the removal of Taiwan’s flag from her bureau’s web page. Thornton stated that “we don't recognize the flag of the ROC as a country where we have official relations. And our policy is to not display the flag of the ROC on U.S. official government websites.” She also said that “it's not a new policy not to display the flag.”

Contrary to these statements, it appears that the new rule in the memo, not longstanding policy, is the true reason for the removal of Taiwan’s flag, at least from the web page that Rubio asked about. A simple search on the Internet Archive shows that the flag was displayed on Thornton’s bureau’s web page from 2012 until September 2017. It is difficult to believe that the office charged with leading our diplomacy in the Asia-Pacific would fail to notice such a policy violation on its own website for five years. Similarly, there is no U.S. policy against displaying the flags of places we do not share diplomatic relations with, because the North Korean flag flies proudly on the State Department’s page for that country.

The context is troubling. Prior to the removal of Taiwan’s flag from the U.S. government websites, the issue was not a significant point of diplomatic tension. The alteration of the “Guidelines on Relations with Taiwan” document was an affirmative policy choice. It was approved under the Obama administration and executed under the Trump administration’s watch. The Senate testimony obscures this fact.

The diplomats who steward the U.S.-Taiwan relationship should pursue policies that maximize the gray area in which Taiwan exists, even for matters as seemingly insignificant as jpegs on a website. Formalizing the removal of Taiwan “symbols of sovereignty” does the opposite, and sets a dangerous precedent that others can be pressured to follow. This is especially damaging as Beijing undertakes an aggressive campaign to expunge references to Taiwan’s autonomy from the wider internet, even reaching overseas to networks that are blocked in China.

There is much at stake. Taiwan is an important and longstanding partner of the United States, an exemplar of democracy and human rights in a region short on both, and the United States’ tenth largest trading partner. Taiwan is, in State Department Spokesperon Heather Nauert’s words, “a force for good in the world.” Any change to the United States’ Taiwan policy, however insignificant it may seem, must be made with a mind to the health of the U.S.-Taiwan relationship, the preservation of Taiwan’s shrinking international space, and the U.S. national interest—not thoughtlessly made to the advantage of Beijing.

Rep. Ted S. Yoho, D.V.M., is Chairman of the House Foreign Affairs Subcommittee on Asia and the Pacific.