The Marginalization of Taiwan Must End: A Response 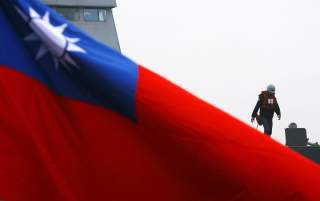 Rep. Ted Yoho’s article highlights the challenges the United States faces in maintaining a consistent policy toward the People’s Republic of China (PRC) and Taiwan. But his article tends to fall short. It tends to misjudge the dynamics in the rapidly changing cross-strait relationship and some of the drivers undermining U.S. policy, including the United States’ failure to systematically advance the One China Policy over the One China Principle, which gave an advantage to PRC in the international system.

Yoho notes the removal of the Republic of China (ROC) national flag from U.S. government websites “may seem trivial” but “for Taiwan even the subtlest implications about its status can be highly significant.” Recently I made a similar argument but contended that the flag’s removal could be misperceived by the Kuomintang of China (KMT), Democratic Progressive Party (DPP), and PRC, which could create a source of instability and lead to potential escalation in cross-strait ties.

The KMT maintains an established policy to unify Taiwan with the PRC under the system of democracy and rule of law. The ROC national flag represents its vision; consequently the KMT could perceive the flag’s removal as weakening U.S. support for its unification efforts.

In contrast, the DPP tends to assign a lower profile to the ROC national flag. President Tsai’s administration could regard the flag’s removal as U.S. tacit acceptance of its “Dynamic” status quo, which supports Taiwan's indefinite political separation from the PRC and also opposes the PRC’s One China Principle and attendant concepts such as the “1992 Consensus.”

The PRC could interpret the removal in at least one of two ways: It could see it as U.S. support for Taiwanese independence groups who are increasingly active on the island nowadays. Or the PRC could see it as support for its One China Principle, which envisions the reunification of the PRC and Taiwan in accordance with the “one country, two systems”, as now being tested on Hong Kong and Macau.

Yoho contends the underlying basis of the United States’ “One China Policy” might not be affected by the flag’s removal. However, it could test the policy. Taiwanese independence groups could view it as support, become more active on the island, and cross a red line drawn by the PRC in the 2005 Anti-Secession Law, a law that outlines the conditions under which the PRC would use force against Taiwan. If hostilities break out in the Taiwan Strait between the PRC and Taiwan, the United States might have to enter the conflict on Taiwan’s side to deter PRC aggression, which, by law, it is required to do.

Yoho recommends the “diplomats who steward the U.S.-Taiwan relationship should pursue policies that maximize the gray area in which Taiwan exists.”

But, in this case, the United States should adhere to a non-interference policy. Yet recent U.S. policy statements encourage not only a greater role for Taiwan in the emerging regional security architecture but also closer U.S.-Taiwan ties. The policy statements indicate the United States could expand political and military recognition of the Taiwanese authorities, which the PRC opposes. The PRC could perceive that the United States is moving away from the One China Policy—a policy that has maintained stability between the United States, PRC, and Taiwan for decades—toward a “One China, One Taiwan”, which could exacerbate tensions in U.S.-PRC ties and negatively affect cross-strait relations which are at a standstill.

Given that Tsai’s administration could perceive U.S. policy now favors Taiwan over the PRC, it could hold a national referendum on a sensitive issue to deepen democracy, protect human rights, and determine Taiwan’s future, something that is an established component of the DPP political agenda and mentioned in President Tsai’s major speeches. Holding a national referendum could cause a further deterioration in cross-strait relationship because the PRC perceives it as “separatist activities”, which, based on the Anti-Secession Law, could justify an aggressive response, making the Taiwan Strait a potential military flashpoint.

In a July 2016 article titled “One China, 5 Interpretations, I identified emerging battlegrounds in the cross-strait relationship and recommended that President Trump’s administration and Congress monitor them closely. Those battlegrounds have now formed. The battlegrounds, the uneven application of U.S. policy, as well as the growing risk for the PRC and Taiwan to misperceive U.S. policy, all establish the conditions to trigger a potential outbreak of hostilities in the Taiwan Strait that could drag the United States in. Maintaining a “non-interference policy” as expressed in large part by the United States’ One China Policy could check this growing risk.

In the “One China, 5 Interpretations” article, I emphasized this distinction, which, prior to its publication, scholars, policymakers, as well as journalists had yet to make a clear distinction between the two, though subsequently my observation entered into the mainstream discourse. In the article, I placed the quotation marks around One China Policy and One China Principle to underscore their differences, though they share a few similarities. But my point is the distinction must be kept in mind because it makes a difference when implementing policy and analyzing potential future policy.

Despite this, the United States has failed to maintain a well-defined distinction between the two interpretations. Its unsystematic approach to this important concept framing U.S.-PRC-Taiwan ties has allowed the PRC to advance the One China Principle in the international system, which, in turn, has enabled it to block Taiwan’s diplomatic activities and shrink its international space effectively.

Representative Yoho observes that “when the Obama and Trump administrations ‘approved and executed’ the ‘Guidelines on Relations with Taiwan’ to include prohibiting the display of Taiwan ‘symbols of sovereignty,’ it ‘thoughtlessly gave an advantage to the PRC to the detriment of U.S. national interests.’” But, based on my research, the United States gave an advantage to the PRC two decades ago when the PRC focused on advancing its interpretation of the One China concept, whereas the U.S. neglected to emphasize the differences between the One China Policy and One China Principle.

In his article Yoho observes that, “reunification is a priority for Xi Jinping, China’s authoritarian leader.”

Indeed, reunification is an absolute, long-term goal for the PRC. But President Xi’s top national priorities now consist of preserving stability inside and around the periphery of the PRC, though the situation is more complicated than that. Reunifying with Taiwan in the near to mid term could bring instability to the PRC and its periphery, because Taiwan, like Xizang (Tibet) and Xinjiang, could turn into an area of dissent and uprising against “alien rule”.

Yoho classifies President Xi Jinping as “China’s authoritarian leader.” What is striking is that U.S. activities combined with miscalculations (e.g., 2008 global financial crisis; the Pivot) partly contributed to the PRC leadership’s changing perception that it faced a growing national-security crisis. In times of national-security crisis, political systems have impulses to revert to authoritarian tendencies, a trend that emerged in the PRC, which I discussed in a 2014 article. U.S. policy partly served as a driver influencing the PRC’s gradual shift away from decentralization toward centralization and a policy of proactive defense of its periphery.

The asserts the PRC broke the diplomatic truce established between 2008 and 2016 between the PRC and the ROC. But my interviews on Taiwan, which I mentioned in a TNI article, suggested the incoming Tsai administration also played a role; it allegedly refused to send high-level officials to meet PRC officials who visited the island following Taiwan’s 2016 presidential election.

Furthermore, since taking power the Tsai administration actively promotes a “Dynamic” status quo policy, which the PRC opposes because it supports Taiwan’s self-determination. In 2016, for example, President Tsai visited Panama and signed her name as president of Taiwan, which, to some observers, signaled an intention to pursue self-determination.

In response to these developments, the PRC now takes more aggressive actions to suppress what it perceives to be as Taiwan’s “creeping independence.”

Yoho mentions the PRC has blocked Taiwan’s participation in even the most innocuous international organizations and that “there is a military component to this pressure as well.”