The MH17 Disaster: Part of a Much Bigger Problem 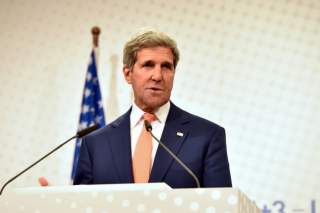 The loss of a civilian jetliner, the tragedy of losing innocent victims, is heartrending. But decisions made in the heat of such emotions can be dangerous. Politicians indignant over the senseless loss of life easily lose sight of the distant tragedies that may lay embedded in the escalatory steps they feel compelled, in the flush of anger, to advise.

And yet the list of things thought of as crystal clear when they occurred, but that in retrospect appear differently, is a long one. From the Maine to the Lusitania, from Lyndon Johnson fishing in the Gulf of Tonkin to Colin Powell dissembling at the United Nations, we have learned that first indications are not always final. We also know that mistakes do happen, even in militaries of the highest professionalism. But such cautionary tales do not render these shocking events any less explosive in their implications.

The evidence is not all in, but a verdict has been reached, and one that seems perfectly plausible: MH17 was shot down by mistake by the Russian-supported insurgents. They had been shooting Ukrainian military planes out of the sky in the previous two weeks, so the odds are that they were just keeping at it and made a careless blunder. On the other hand, we are justified on general principles of precaution in not immediately leaping to the seemingly obvious conclusion. False flag attacks do happen. Ukrainian intelligence sources were very quick off the draw in releasing their edited transcripts showing insurgent culpability, and according to a report the Ukrainian military did have the suspected Buk antiaircraft missile systems in the area. We have seen a lot of accusations seemingly backed by evidence, but very little actual evidence. Questions remain.

Such instant verdicts, however, are par for the course in international crises; the initial impression, even if later questioned, has the force of nature. And the initial judgment here is that the insurgents are guilty and that Vladimir Putin is ultimately responsible. The search for means of punishment and escalation has thus been reinvigorated; John McCain, as always, is in the lead. Investigating the crash, McCain allows, “is vitally important, but . . . the highest priority right now . . . [is] supporting Ukraine in securing their country and imposing severe pressure on Russia.” Of course, McCain doesn’t put the blame entirely on Putin. The plane disaster is also Obama’s fault for running a “cowardly administration that failed to give the Ukrainians weapons with which to defend themselves.”

By way of further punitive measures, the main things on the table are beefing up the Ukrainian military with arms and U.S. military advisors, imposing further sanctions on Russia in the defense, energy and finance sectors, and strengthening NATO forces in Eastern Europe and the Baltic states, including the establishment of permanent bases and the construction of missile-defense systems. Senator Bob Corker and twenty-six Republican co-sponsors introduced a draconian sanctions bill in the Senate containing these ideas and more. Even before the plane was shot down, the Washington Post had called for “crippling unilateral sanctions on Russia, especially through the banking system,” and argued “If the Ukrainian government can act without the permission of France and Germany, so can the United States.” The “tough” steps now recommended come on top of sanctions already imposed, which have, among other things, “banned the export to Russia of civilian technology with potential military applications, suspended cooperation with Russia on civilian nuclear energy projects, cut off NASA's contacts with its Russian counterpart, and denied Russian specialists access to the laboratories of the U.S. Department of Energy.”

The advocates of stern measures never bother to tote up the financial and political consequences, but these sanctions, existing and prospective, are very serious steps. In Washington’s strange world, it would be easier to extract from Congress sanctions that cost U.S. businesses $100 billion than to find the money for grants of $10 billion to rebuild Ukraine’s economy, but those untallied costs are real. Financial sanctions on Russia like those imposed on Iran would put Cold War II in full swing and severely damage Europe’s recovery, but would probably force a collision within NATO and the EU before they made Russia surrender under the pressure. Arming the Ukrainians, which Obama has thus far resisted, could easily inflame the violence.

None of these steps would promote a peaceful settlement. Nor do they do anything for the festering wound that is Ukraine’s economy. A Ukraine that severs its economic relationship with Russia condemns itself to penury. It needs both Russia and the West as trading and investing partners. The Ukrainians haven’t quite figured out that their expectations for a new Marshall Plan, to say nothing of the full membership in the EU promised by Petro Poroshenko, are not in the cards. (Poland received $154 billion in direct assistance from the EU; Ukraine today has even larger needs yet, as Mark Adomanis points out, “The amount currently on offer by the EU is precisely $0.”)

Putin erred badly in putting himself in a position where he can neither retreat without humiliation, nor advance without grave cost. That was true before the MH17 disaster and remains so today. A military intervention to save embattled Russophones in eastern Ukraine would be immediately denounced in the West as a yet more flagrant assault on the European order. Cutting off all support to the insurgents, a course which Russian public opinion strongly opposes, would badly injure Putin at home. It also might not bring the war to an end. The band of rebels in Ukraine’s southeast was not without a case in taking up arms—they found their right in the fact that the West Ukrainians had done it before them. But Putin had other levers of power he might have used. By abetting a militarized response he has put the people of the southeast—and Russia’s standing—in greater peril than a peaceful course would have done.

But the United States cannot escape responsibility for the ongoing upheaval in eastern Ukraine. The narrative that the Russians started it all and that the case constitutes pure aggression is belied by the role that the United States and the EU played in supporting the revolution in February. Two and a half months before the February Revolution, December 2, 2013, the Washington Post editorialized:

If Mr. Yanukovych is forced from power by street marches or other extra-constitutional means, Ukraine will be vulnerable to the endless turmoil that has afflicted other nations that removed elected leaders, including Thailand and Egypt. Europe's insistence on democratic standards will look hollow, and Mr. Putin, who regards both the Orange Revolution and the current protests as a Western plot, will likely escalate his meddling.

The Post didn’t mention the regional differentiation in Ukraine as critical to understanding the stakes, but it more or less got the consequences right. Endless turmoil there has been in abundance, as also Western hypocrisy and Russian meddling. The violent way in which the Maidan prevailed was an indispensable preliminary to the rebellion and civil war in the east. It also badly undermined the Western case against the subsequent violation by Russia of Ukraine’s territorial integrity. In international law, the norm against external “regime-change” is just as important as the norm against external “border-change.” They derive from the same value—the sovereignty of the state. Under Ukraine’s Constitution, the Maidan was obliged to wait their turn until the next election. Under international law, outsiders were obliged to not lend their hand to revolutionaries. Maidan and the West encouraged one another to violate these stipulations, and did so shamelessly, as if everything that they felt the power to do was right. The United States was hardly blameless in these unfolding events, but played a key role in orchestrating them behind the scenes. The tumbling dominoes that have subsequently fallen reinforce the view that the violent revolution ought not to have been encouraged by the United States, as it very clearly was.

While the overwhelming emphasis today is on how Ukraine is to win its war against the insurgents, the most important thing should be to bring it to a close through diplomatic and not military means. As of July 10, according to a Kiev health official, 478 civilians have died in the war and a further 1,392 have been injured. And the war has not yet reached its climactic stage. That now centers on Donetsk, a city of one million people that is already a battlefield. The city’s water supplies are failing; its civilian population stands in serious peril.

At this moment, with so many competing dystopian attractions in the world, the international community needs to demonstrate some concern for the fate and voice of the people of the Donbass. Would it not be appropriate to find a way to ensure that the war does not sweep them into its maws?

It is looking as if it will do so. The Ukrainians promise to avoid civilian casualties but also to annihilate the terrorists; both sides show the deepest of mutual enmities and no inclination to back off. We see from the generally strong Western support for Israeli methods in Gaza that condemnation is scarce when important interests are thought to be at stake. It should be disturbing that the Ukrainians use the same language toward their separatists that Israel uses toward Hamas. That suggests the potential for a grim struggle over the Donbass—and a grim future for that region within a unitary Ukrainian state.