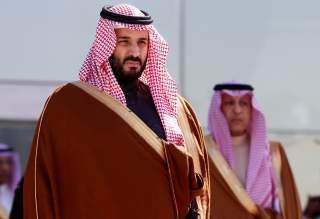 While President Obama insisted that the nuclear deal with Iran was nothing more than an attempt to freeze that’s country’s nuclear military program, there are those in Washington and elsewhere who are proposing that the nuclear deal should be seen as part of a long-term U.S. diplomatic opening to Tehran. They contend that accommodating Iran would serve American interests better than by maintaining the current strategic partnerships with Saudi Arabia and Israel.

But it is not clear whether this contrarian approach, based on the notion of a diplomatic détente with the Islamic Republic of Iran, is viable. Why would the Iranians accept a so-called “grand bargain” with the United States that would include, for example, cutting their military ties with Lebanon’s Hezbollah, recognizing Israel and giving-up any effort to acquire nuclear military power—which would be just some of U.S. demands during negotiations—when the Iranians sense that they are now on the regional driving seat while the Americans seem to be playing defense and lack the will to challenge them on the battlefield?

And while there has been a lot of criticism directed at Saudi Arabia and its rising star, Crown Prince Mohammed bin Salman, for supposedly inflaming Sunni-Shiite tensions in the Middle East, most indications are that they Iranians are not about to abandon their plans to become the Shiite powerhouse in the region.

In short, there are no signs that Iran has ceased to be a revisionist regional player just when the United States is returning to play its traditional role of a status quo power in the Middle East.

In that context, the United States should avoid being drawn into a war between Sunnis and Shiites in the region while taking steps to maintain a military equilibrium between Saudi Arabia and Iran. This is the same approach the United States adopted during the war between Iraq and Iran in the 1980s. And unlike the failed attempts by President George W. Bush to carry out regime change and nation building in Iraq, much of the evolving strategy of President Donald Trump vis-à-vis Iran resembles the one that then Secretary of State Colin Powell advocated for: containing Saddam’s Iraq through diplomatic and military means.

As part of returning to its more conventional role in the Middle East, Washington should continue trying to advance peace between Israel and the Palestinians along the lines of the so-called “Saudi Initiative” of 2002 in the form a proposal to end the Arab-Israeli conflict and to normalize relations between the Arabs and Israel. In exchange, there would be an Israeli withdrawal from the Arab territories occupied in 1967 and a “just settlement” of the Palestinian problem.

A renewed American effort in that direction, as opposed to an imaginary Saudi-Israeli “alliance,” sounds like more of a realistic option, and could help advance the long-term interests of the United States and its regional allies. And, in the process, and tip the balance of power in the Middle East in their direction.