The Middle East's 5 Most Lethal Militaries 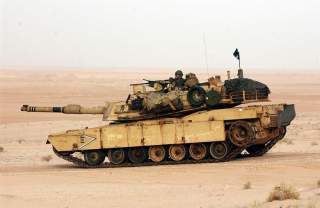 Last summer’s 51-day conflict with Hamas and Palestinian Islamic Jihad militants in Gaza is one of the best illustrations of how much damage the IDF can level on its enemies. In response to a persistent barrage of Palestinian rocket and mortar fire on Israeli cities, the IDF commenced Operation Protective Edge on July 7, 2014, followed by a brief ground invasion in select portions of Gaza that were viewed to be bastions of Hamas activity. 67 Israeli soldiers were killed in the line of duty, but so were 1,462 Palestinian civilians—a third of whom were children. Thousands of homes were impacted and entire neighborhoods were demolished in the conflict, including the eastern Gaza town of Shejaiya, where 60 Palestinians were killed on a single day. The U.N. Commission of Inquiry authorized by the Human Rights Council after the fighting stopped was remarkably precise on the firepower that Israel used in order to re-establish deterrence with Hamas fighters: 6,000 airstrikes and 50,000 tank and artillery shells laying waste to thousands of buildings, including a U.N. school that sheltered families displaced from other areas of Gaza. The cumulative result of the conflict: a long-term ceasefire that largely resembled the status-quo before the war started, with the Israeli military and Hamas militants pledging to stop firing weapons at each other’s territory.

One of the main justifications for the State Department concentration of so much time and diplomatic attention to the problems in the Middle East is humanitarian. While President Barack Obama likes to speak of the U.S. national interest, a major reason the United States needs to help solve the conflict in Syria and resurrect a moribund Israeli-Palestinian peace process is to spare innocent families living in the region the bloodshed that has become the norm. Unfortunately, the very likely possibility of both of these issues continuing past the Obama administration’s tenure assures that Israelis and Arabs will need to be prepared for the worst.