The Misplaced Rage in Charlotte 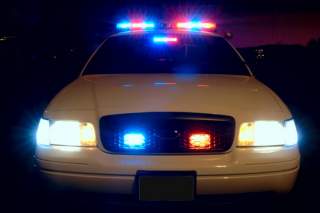 Violence and looting have erupted on the streets of Charlotte, N.C. Those involved have tried to justify this behavior by claiming it’s a natural response to white racism endemic to the city’s law enforcement and justice system.

But that claim ignores highly salient facts concerning the incident that set off this latest wave of unrest. For starters, the police maintain that the dead man was armed. While angry protestors may choose not to believe that, there is no doubt that the police officer who shot Keith Lamont Scott is, himself, a black man. Moreover, the city’s police department is headed by a black police chief. How curious, then, that we see a man identified as Mr. Scott’s brother caught on video saying that “all white people are f****** devils; all white cops are f****** devils.”

And then there’s the sight of protesters chanting “Hands up, don’t shoot”—an obvious reference to the shooting death of Michael Brown two years ago in Ferguson, Mo. That’s curious too. We’ve learned quite a bit about that incident since the riots there. Most importantly, we now know—thanks to both a state grand jury investigation and a separate federal investigation by the U.S. Justice Department—that “Hands up, don’t shoot” never happened. It was a false claim made up by witnesses who wished to cover up the fact that Michael Brown had attacked Officer Darren Wilson after robbing a convenience store.

Unfortunately, perpetuating the fabricated myth spread by the Black Lives Matter movement and their willing (or unquestioning) accomplices in the media seems to be far more important to many activists than accepting the truth of what actually happened in Ferguson.

We don’t yet know what really happened in Charlotte. The investigation of that tragic incident has not been completed. But recent cases like the one in Ferguson and the Freddie Gray case in Baltimore, in which all of the police officers charged with intentional wrongdoing were eventually cleared, demonstrate initial reports on these types of violent confrontations are often inaccurate.

We also should know that claims of systematic racism by law enforcement officers and chants such as “Why do you keep killing us?” are part of a false narrative: one that insists that law enforcement officers, specifically white officers, unfairly target and kill black Americans. These incendiary claims appear to be supported by many within the Civil Rights Division of the Justice Department which must take some share of the responsibility for spurring this fabricated storyline and the results it engenders.

On the very day that Keith Lamont Scott (who according to the Charlotte Observer had a criminal record of prior violent crimes) was killed in Charlotte, the acting head of the Civil Rights Division, Vanita Gupta, delivered a speech to the Southern Center for Human Rights in Atlanta. Gupta claimed that our criminal justice system punishes “people for the size of their bank account or the color of their skin rather than the severity of their crime.” That charge is unfair, untrue, and irresponsible. Unfortunately, coming from Gupta, it was not at all surprising. A former official of the American Civil Liberties Union, she has displayed an unrelenting hostility to law enforcement throughout her tenure at DOJ.

Gupta and her friends in the Black Lives Matters movement refuse to acknowledge that the great misfortune and tragedy of the black community is that black males, particularly young black males, commit crimes ranging from murder to assault at a far greater rate than other Americans of all races and ethnicities. Police are present in those neighborhoods to try to stop crime.  And the de-policing that activists seek will wind up hurting the law abiding citizens of those poor, urban communities most often victimized by those criminals.

This is a societal, cultural problem that must be ameliorated. But it is not a problem caused by a biased judicial system or systemic discrimination by police officers. And it is not a problem that will be solved by attacking law enforcement or condemning the justice system that puts criminals in prison where they can’t harm the public. Nor does violent protest or looting help. All that does is confirm, in the public’s eye, that they should view certain segments of our society with suspicion.

Keith Lamont Scott’s widow, Rakeyia, deserves a great deal of credit on this score. While having to deal with her tragic loss, she—in stark contrast to Scott’s brother— asked that people protest peacefully. Protestors should “not hurt people or members of law enforcement, damage property or take things that do not belong to you in the name of protesting,” she said.

We do not have a perfect criminal justice system, and not all police officers are angels. But contrary to the constant criticism we hear from government officials like Vanita Gupta and others, we have one of the best and fairest systems of justice in the world, offering suspects more due process rights than virtually any other country. We also have mechanisms in place to discipline and punish law enforcement officials when they do wrong, but that system has to be given time to work.

The vast majority of our police officers are well-trained professionals who work hard every day—often at the risk of their lives—to do their best to protect law-abiding citizens and ensure public safety.  And they do so regardless of the identity politics that seems to be the driving force of the progressive left today.

Hans A. von Spakovsky is a Senior Legal Fellow at The Heritage Foundation. Along with John Fund, he is the coauthor of “Who’s Counting? How Fraudsters and Bureaucrats Put Your Vote at Risk”  and “Obama’s Enforcer: Eric Holder’s Justice Department.”