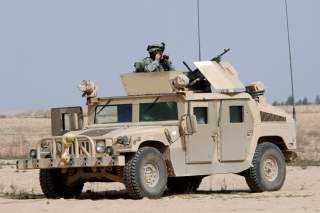 Containing civil wars essentially requires reducing their severity, preventing them from spilling over to neighboring states, and helping to create the necessary conditions for a political settlement. Containing the Iraqi and Syrian civil wars is currently much harder and costlier than it was a few years ago, though it is not unthinkable. In Syria’s case, many have argued that before scores of jihadists entered the conflict, the international community and specifically the United States had an opportunity to end the civil war by intervening militarily by air to help the moderate rebels topple the Assad regime.

But Washington refused to pursue that option, saying that it preferred that the Syrian government and the rebels to negotiate a solution. As time went on, the fighting escalated, jihadists proliferated, and huge atrocities took place, but Washington continued to resist the use of force. It argued that U.S. military intervention would lead to further chaos and sectarian killing in Syria, given the absence of a viable alternative to Assad. Very few can currently argue against these U.S. claims given the catastrophic conditions in Syria, but many can convincingly say that Washington did very little to prevent those conditions from reaching such terrible levels. If its goal was a political settlement among Syrians, Washington did almost nothing to pursue it. In its Syria calculus, Washington missed the notion that the road to a negotiated settlement goes through a successful U.S. containment strategy whose pillars include training and equipping a secular military opposition; working with allies and neighboring states to stem the flow of foreign fighters across borders; and setting up safe zones and protected, safe-passage corridors in northwest Syria and along the Turkish border, so refugees can return and humanitarian aid can be provided.

The story of U.S. travails in Iraq is not that dissimilar. While the United States has invested much more in building an Iraqi army that can protect the country from internal and external dangers, there is still a long way to go, as evidenced by the Iraqi security forces (ISF)’ embarrassing military performances against ISIS and their failure to halt ISIS’s control of a sizeable chunk of Iraqi territory.

Five, the degrading of violent, extremist groups. It is a truism that achieving a decisive victory against a terrorist organization such as Al Qaeda or an extremist insurgency such as ISIS requires far more than the use of force. Another evident truth is that, because it cannot do it alone, the United States would have to work with its regional partners to ultimately defeat Al Qaeda and ISIS. To help those partners address the underlying conditions that have led to Al Qaeda and ISIS’s rise, the United States should help significantly degrade both groups’ military capabilities.

Six, the limiting of Iranian destabilizing influence in the region.The stationing of powerful U.S. military assets in the Gulf helps deter Iran from attacking or coercing its Gulf neighbors. It also provides some security assurances to U.S. regional partners and contributes to fighting terrorists in and from the region. But very few of those assets are well-suited to deal with Tehran’s ability, which it has honed for decades, to create and work through local, nonstate proxies. Indeed, supersonic and multirole fighter jets, aircraft carriers, missile defenses, and other forward-deployed weapons systems and units are strong deterrents against Iran’s conventional military capabilities, including its expanding missile arsenal, but these tools do not affect or guard against this powerful network of nonstate surrogates that Iran has been developing since the early 1980s.

There has always been a heavy emphasis on external defense in U.S. force posture in the Gulf, but it is about time for the Pentagon to seriously incorporate tools into its posture that boost internal security within the Arab Gulf states. Instead of aimlessly increasing its troop levels in or deploying more hardware to the Gulf following an Iran nuclear deal, the United States should focus instead on cooperating more closely on intelligence and threat assessments with its Gulf partners, and specifically help build their capacities to train and equip their law enforcement agencies and directorates of analysis so they can better assess, detect, and counter Iranian interference. Border security is a vulnerability for the Arab Gulf states. Therefore, greater investment in persistent, long-range, and high-altitude intelligence, surveillance, and reconnaissance capabilities is a must for ensuring customs border protection, and the United States can help both train local forces and, if necessary, deploy jointly. Partner-capacity-building priorities also should include cyber security—a domain in which Iran has considerably enhanced its capabilities over the years.

In the end, “whatever the course, however long the process took, and whatever its outcome,” President George H. W. Bush said on Soviet reforms under Mikhail Gorbachev, “I wanted to see stable, and above all peaceful, change.” The Middle East is currently going through its own revolutionary changes, and it is critically important, as Bush National Security Advisor Brent Scowcroft cautioned at a time when the Soviet empire was collapsing, to “mold and guide [these changes] into channels that would produce the right outcome.”