The Myth of Japanese Remilitarization 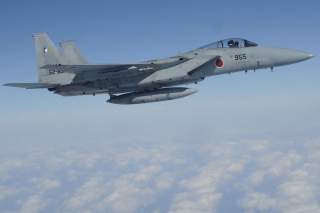 Prime Minister Shinzo Abe is determined to end all doubts about Japan’s international ambitions and reassert Japan’s status as a “first-tier nation.” To that end, the Abe government has adopted an aggressive domestic-policy agenda that seeks first to reenergize the Japanese economy, which will then serve as the foundation of a higher-profile international role. Abe’s confidence and focus have sparked criticism of and concern about Japan’s “remilitarization,” as well as increasing concerns that Japan and China are leading an East Asian arms race with potentially dangerous implications. The prospect of a remilitarized Japan is fantasy, as are fears about impending war in East Asia, even though the risk of miscalculation or an accidental clash is real.

Make no mistake: Abe wants to change Japan’s regional-security role. His government has passed legislation—a secrecy law, established a National Security Council—that will allow it to function better in a crisis. It has produced a National Security Strategy. It has reinterpreted the pacifist Constitution to allow the country to exercise the right of collective self-defense. It has revived discussions on the acquisition of offensive strike capabilities. Most significantly, it wants to revive pride and patriotism among the Japanese people.

But the fetters remain. Reinterpretation of the Constitution is subject to very limiting conditions. The public remains fundamentally hostile toward an activist foreign policy and profoundly suspicious of any role for the military. (Remember, Japan only has “Self-Defense Forces”; that may be linguistic legerdemain, but it is a sign of the mental hurdles the country faces before it can “remilitarize.”) A majority of Japanese oppose Abe’s Yasukuni Shrine visits than support them; opinion polls consistently show that with the exception of environmental issues, few Japanese believe their country should play a regional role, and even fewer believe it should play a global role.

There are other, equally powerful, limits on Japan’s future defense capabilities. The first is the budget. The five-year plan put forth by Abe last year increased 2014 defense spending by 0.8 percent, and proposes annual 3 percent increases until 2018. The increases might total $9 billion if they are fully implemented—a 16 percent increase over today’s military budget. That hardly qualifies as remilitarization.

To put these proposed increases in context, Japanese defense expenditures rose just 30 percent over the past twenty-five years when adjusted for inflation. Japan actually decreased its defense spending slightly in 2013 (-0.2 percent), and since 2009, the budget has decreased 0.5 percent. China, by comparison, spent $171 billion on defense in 2013, and has averaged 7 percent increases over the past decade. South Korea spends 50 percent more on defense (per capita) than does Japan. When put in perspective, Abe’s proposed defense increases are actually restrained.

This restraint is even more pronounced when looking at the types of weapons the Japanese military is purchasing. The Japan Maritime Self-Defense Force (JMSDF) is already a powerful defensive maritime force, and few analysts see the planned expansion as being a real attempt to create a blue-water navy that can project power. In October 2013, Admiral Katsutoshi Kawano, chief of staff at the JMSDF, emphasized capabilities such as minesweeping, anti-submarine warfare, anti-piracy operations, and modernization of command and control as future key priorities. There are also substantial limitations on what Japan could purchase in the future. As Philippe De Koning and Phillip Lipscy point out, Japan’s personnel costs are so great that, “Japan's focus has shifted from acquisition to preservation, and maintenance costs have skyrocketed: at the end of the Cold War, maintenance spending was roughly 45 percent the size of procurement expenditures; it is now 150 percent.” In short, while the Japanese military is powerful, and defense of its islands is a priority, this is a far cry from being able to project power beyond its own islands.

Also, at this point, the defense budgets are merely a projected increase: the difference between what Abe wants and what Abe gets may be large. Increasing the defense budget depends on the state of the Japanese economy. Inflation can dissipate any rise in defense spending. And if the overall economy performs poorly, it will be difficult to muster resources to spend more on the military. The record thus far is mixed. The Bank of Japan is doing its best to end the country’s deflation, and prices are slowly rising (although the goal of 2 percent inflation remains beyond reach). The government continues to apply stimulus measures, but growth has been elusive. After the April 1 consumption tax hike, GDP fell 1.8 percent in the second quarter of 2014. Economists can explain the quarterly gyrations; more troubling is the “third arrow” of Abenomics, structural reform, for which there is little evidence of success. Proponents say it is too soon to judge the reform efforts, but there need to be positive signs soon or Japan will face the worst of all possible worlds: rising inflation, stagnant wages and rising government debt. In that world, Abe’s ambitions will be impossible to realize.

More troubling still for Japanese defense hawks are demographic trends. Nearly 26 percent of Japan’s population is older than sixty-five, and the number will top 33 percent by 2035. That means increasing difficulty in financing pensions and shrinking tax revenues at the same time that government budgets—or at least public welfare spending, already more than 31 percent of GDP—will rise. Older populations will resist spending limited tax dollars on a military, especially if it means less money for health and long-term care. And old people vote, meaning those preferences will be heard. Older populations are more conservative and less inclined to take risks—including embarking on military adventures. And that proclivity will be further reduced when it means sending the country’s most precious resource—its young people—into harm’s way.

The persistent belief among some in Japan that the country needs to be “more normal” and shoulder more responsibilities in the provision of international or regional security public goods is countered by an equally powerful and compelling belief among a larger group of Japanese that one of the most important contributions that their country can make in this endeavor is serving as an example of a resolute “peace-seeking country.” For sure, some see pacifism as a way of cheap riding, but that is too cynical an explanation in all cases. Many Japanese honestly believe that their country’s constitution is an important and unique instrument for peace. For them, the country’s postwar history is a shining example of the constitution’s power and Japan’s “soft power.” The nomination of Article 9 for the 2014 Nobel Peace Prize is one expression of this mindset. Even as the Abe government pursues constitutional reinterpretation—or perhaps because of it—this belief acts as a counterweight to any precipitous action.

In short, while Abe seeks to make Japan an active regional and global power, it is not clear whether the rest of his public will go along with him. The country as a whole appears to be more focused inward than outward.

Perhaps the most powerful limits on Japan’s global role are external, however. There have been dire warnings that Europe’s experience with 1914 might repeat itself a century later in Asia, with nationalism, modernization and territorial disputes leading to war. However, Japan’s twentieth-century transformation—and the imperialism that it produced—occurred in a distinctive environment. In the late nineteenth century, Japan faced Western imperial powers that had colonized virtually all of South, Southeast and East Asia, and had forcibly opened Japan to international trade. The Qing Dynasty—for over 200 years the unquestioned regional hegemon—was in disarray, facing internal rebellions and extraordinary Western pressure. The entire regional system of norms and institutions that had traditionally governed relations in East Asia was disintegrating as the Western, Westphalian system of modern international relations became paramount. Throughout East Asia there was a power vacuum, and perhaps more importantly, a profound intellectual vacuum, as all East Asian nations attempted to understand, react to and adjust to the arrival of the West.

Japan in the late nineteenth century faced a choice: wait to be colonized and possibly disappear as a nation, or undertake radical changes. It chose the latter path, and did so exceptionally well. Within a generation, it was the leading nation within Asia and had defeated a Western imperial power in battle. Japan became a global industrial and military force to be reckoned with, adopting Western policies and practices and in many respects, outperforming its “mentors” in the West—not always in good ways.

The international environment that Japan faces in 2014 is the mirror image of that of a century ago. No Western powers threaten the region, and China is once again a wealthy and powerful country. India, too, is emerging, and other middle powers, such as South Korea and Indonesia, are seeking international space. There is no power or intellectual vacuum to fill. These other countries in the region have various means to assert their interests and check the resurgence of a revanchist power, whether it be China or Japan. The gap between Japan and its neighbors is far smaller today than it was a century ago. South Korea today is a rich, powerful democracy seeking its own vision for the future; Indonesia, Malaysia, Thailand and Vietnam are no longer colonies, but instead have become stable countries in their own right. Moreover, the norms of the international system have changed. Unilateral changes in the status quo are no longer acceptable. Perhaps most obviously, the region’s economies are deeply intertwined with each other through trade, investment and travel. The proof of the stability of the system and the power of these new norms and connections, ironically, are evident in the pushback against Chinese efforts to assert itself in its periphery.