The Myth of a Liberal India 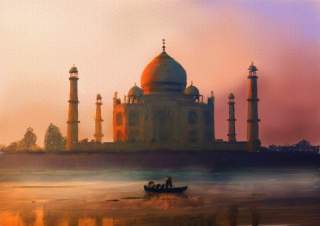 AMERICAN LEADERS visiting India are often quick to point out that both India and the United States are liberal, secular democracies. The implicit message is that the two states share something fundamental, and that this will reduce friction as their relationship deepens. However, just because India is democratic and secular does not mean that either the Indian state or Indian society share common values with the United States, despite political rhetoric to the contrary. As the American strategic relationship with India deepens, the question of what “democracy,” “secularism” and “liberalism” actually mean in India and how they differ profoundly from their meanings in an American context will become increasingly important. India’s political system is best understood as a communalist democracy, as opposed to a liberal democracy, and this distinction renders comprehensible trends and patterns of behavior in Indian politics that appear to outsiders to be antidemocratic.

In the United States, “secularism” is a primary component of the larger political tendency of “liberalism.” In the American model of secularism there is a sharp line between church and state. The notion that religion is properly an individual concern is central to the broader structure of the state and society. This fundamental point is often obscured in Western media reporting about secularism, democracy and liberalism in India: in the West the notion of group rights (religious or otherwise) was eroded in favor of individual rights. This shift is the very foundation of liberalism. It is not that corporate and communal groups do not exist or do not have constitutionally recognized roles in the state and in the formation of policy in the West (for example, labor unions in Germany and Scandinavia). Rather, the notion that the state’s laws apply to one and all in precisely the same way is basic to its entire organization. It is critical to understand that in India this is not and has never been the case.

Neither the Indian state nor its society is liberal, although it is indeed democratic (about which more will be said below) and is, in some sense, secular (in that there is no established religion and the state is officially equidistant from all religions, at least in law). Indian society is profoundly aliberal in the sense that a variety of group identities, above all kinship but also caste, region, language and religion, are profoundly important to how society organizes itself and how it interacts with the state. Indeed, both the Constitution of India and its corpus of law, legislation and judicial precedent are permeated by aliberal notions of group and communal rights of varying sorts, including those that relate to religion. The Government of India, for example, has performed the traditional role of a Muslim state (and continued the policies of its British and Mughal predecessors) by providing a subsidy to Muslim citizens performing the Hajj—a practice that was ruled unconstitutional by the Indian Supreme Court in 2012 on the grounds, among others, that it violated the teachings of the Koran.

It is important to note that most of the founders of the Indian republic (Nehru above all) aspired to create a liberal society and did not foresee the extent to which it would, over time, evolve in a decidedly aliberal direction. The codification into the very structural framework of the Indian state of identity politics was done, from the very beginning, for lack of an alternative. The Indian state did not have the power to eradicate group identities or to ignore them, and a failure to acknowledge the fundamental importance of group and communal identities in its society would have led to disaster. Indeed, no progressive reforms could have been undertaken at all in the face of the pervasiveness of entrenched group identities and communal collective action. The formal acknowledgement of corporate rights and variations in state obligations to various groups was undertaken, reluctantly, as the only viable means to govern the fractious and cleavage-riven society to which it sought to bring order, security and prosperity.

INDIAN SECULARISM and democracy have existed within this basically aliberal social framework from the very beginning. The Indian state has been secular in the limited sense that there is no state religion and the state does not promote one religion or another. But the Indian state has from the very beginning intervened, and with consequence, in religious affairs to mold, shape and reform both internal religious organization and, more importantly, relationships between religious groups. It has had no other alternative.

This is best appreciated by how the state has dealt with Hindu social organization. Since independence, the Indian state has had to confront the profound injustices of the caste system. In order to do so, the Indian state has created a vast and complicated system of reservations for a wide range of groups to bring affirmative action to those that have been institutionally and systematically oppressed and discriminated against. The groups are collectively called “Scheduled Castes, Scheduled Tribes and OBCs (Other Backward Classes).” Currently some 25 percent of the Indian population is included on the schedule of castes and tribes marked for constitutionally recognized rights and privileges from the state. (Until the Sachar Committee Report of 2006, only Hindu groups were included on the “schedule,” but since then various groups of Sikhs, Muslims and Christians have also been recognized by the state as meeting the criteria for the system of reservations.) The OBCs make up a further 41 percent of the Indian population. Some two-thirds of India’s population, therefore, falls into a group identity that entitles it to some form of reservation (government jobs and educational slots being the most significant).

As a matter of social policy, the Indian state’s attempt to use its powers to reform an unjust social system that oppresses citizens of the republic solely on the grounds of group identity is eminently justifiable. If the goal of this system, however, is to use the power of the state to diminish group identity’s importance within the Indian body politic, well, precisely the opposite has occurred. The Indian state has recognized group identity (and not individual disadvantage) as the basis of its social-reform agenda because that is the social reality with which it is faced. The problem is that India now has a decidedly aliberal political system (to match its aliberal social system) and a significant portion of what now constitutes Indian politics can be viewed as a response by various groups to the incentive structures created by the formation of the state’s Scheduled Castes and Tribes system. Impoverished groups in India now view being “rescheduled” as the most direct route to social improvement. Exchanging votes for reclassification is a normal part of the country’s vibrant and messy democratic process. India, in this sense, is becoming less liberal even as it becomes more democratic.

Consider the Gujjars. The Gujjars are a historically pastoralist group who are now primarily traders and farmers in northern India. Gujjars are not the type of group envisioned in 1950 for reservations. Unlike Dalits or Tribals, Gujjars have not had an obvious history of being victims of discrimination and oppression. They are, however, undoubtedly poor and in need of developmental resources from the Indian state. The Gujjars of northern India first managed to obtain OBC status (which implies a higher status than those occupied by the Scheduled Castes and Tribes). Unsatisfied with this status and desiring to be reclassified as a Scheduled Caste (and therefore entitled to a greater share of the reserved government jobs and educational slots) the Gujjars have mounted in recent years a campaign of high-profile political agitation, including shutting down transport links into Delhi in 2008. In Rajasthan in 2007 there was significant violence between police, Gujjars demanding Scheduled Caste classification and members of the Mina tribe (a Scheduled Tribe) resisting having yet more groups included in the already-crowded reservations system. Dozens lost their lives. The violence led the state government of Rajasthan to implement a 5 percent reservation for Gujjars—but it did not reclassify them as a Scheduled Caste. Such are the politics of communal identity in an aliberal democracy.

Group identity is, therefore, fundamental to how Indian politics and the state function. Indeed, one way to view Indian democracy is that the electoral process is a mechanism by which the spoils of the system are distributed and redistributed on the basis of communal mobilization. Indian democracy reinforces Indian society’s aliberal tendencies by creating strong incentives to engage the state for benefits and privileges on the basis of group rights. This tendency in Indian politics and society has only grown stronger since independence and is reinforced by a state that routinely deals with its citizens on a communal basis.

THE PROBLEM of secularism in India is best viewed through this prism. The Indian state is today, in this sense, neither more nor less secular than it was at its founding. It is, however, decidedly less liberal today than it was in 1950, when the constitution was adopted. It has evolved towards a routine granting of group—and therefore communal—rights and privileges in order to placate all of the noisy constituencies demanding a share of the public pie. As the Gujjar example clearly demonstrates, this “corporatist” social policy is effectively a form of conflict resolution.