The Myth That Partition Will Save the Middle East 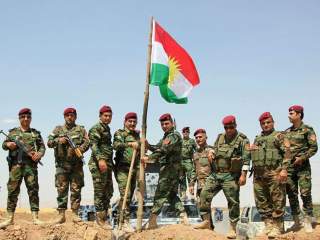 One day after the last U.S. soldier departed from Iraq, Prime Minister Nouri al-Maliki ordered the arrest of Vice President Tariq al-Hashimi—the most senior Sunni in the Iraqi government. His arrest was the first of many to come for Iraqi Sunnis. In the months to follow, Sunnis were systematically removed from positions of power. When Sunnis took to the streets to protest the dismissals, they were brutally suppressed. The United States had been gone for a single day, but already Iraq was slipping back into a sectarian war thousands of U.S. soldiers had given their lives to stop.

Can the deep hatreds that divide Iraq, Syria and so many other developing countries ever be overcome? Is it true that these people have never really gotten along with each other—that they were forced together into artificial boundaries drawn by ill-informed colonial powers? Wouldn’t they all be better off if they went their separate ways forming their own, more homogenous and therefore more peaceful countries? Many current and former policymakers seem to think so. Last year, former U.S. Army Chief of Staff Ray Odierno told the press that a partition of Iraq along ethnic lines “might be the only solution” and that in the future “Iraq might not look like it did in the past.” In February, Secretary of State John Kerry suggested that a partition of Syria is a possible ‘Plan B’ if the ceasefire fails. James Stavridis supported the idea recently in Foreign Policy, stating “Syria as a nation is increasingly a fiction. . . . Like Humpty Dumpty in the children’s nursery rhyme, the odds of putting Syria back together again into a functioning entity appear very low. It is time to consider a partition.”

It’s easy to see the appeal of partition proposals—if the kids can’t play nice, we’ll just send them each to their room. But upon closer examination it’s clear that partitioning countries tends to create as many new conflicts as it resolves and the “ancient hatreds” so often cited as requiring separate states, dissolve away under closer inspection.

Redrawing borders to end ethnic conflict is rarely successful. In a recent paper, Nicholas Sambanis and Jonah Schulhofer-Wohl show that civil wars resolved through partition are just as likely to reoccur as those that leave countries whole. Even when partitions successfully resolve one particular source of conflict, they inevitably create several more. Partitions almost always leave behind residual members of the rival ethnicity within the boundaries of the new state. This leads to ethnic cleansing and further violence. Just a year after it split away from Yugoslavia, Croatia was at war with its Serbian leftovers as they fought to become part of Serbia. In Iraq, an independent Kurdistan would be unwilling to relinquish control of oil rich, but majority Arab, Kirkuk. One can easily imagine an Arab insurgency in Kirkuk springing forth like the Serbian insurgency in Croatia.

Partition can also activate dormant identities that become a new source of conflict, turning groups who were formerly allies against one another for control of the new state. After Christian South Sudan split away from the Muslim north in 2011, it quickly descended into violence between the South Sudan Democratic Movement and the South Sudan Liberation Movement. In Iraq, a newly autonomous Shiite region would quickly find itself torn between state controlled forces loyal to Prime Minister Abadi’s Dawa Party and Sadrist militias like the Jaysh al-Mahdi. In Syria, it’s hard to imagine that the disparate bands of the Free Syrian Army not to mention Jabhat al-Nusra could form a government over an autonomous North Syria without resorting to yet another civil war.  In short, what we can expect from partition plans is a period of tumultuous and probably violent sorting out as communities uproot (or are uprooted) to join their co-ethnics.  After homogenizing their new states, ethnic leaders then turn on each other over control of their new domains.

So if not partition then what?

We should abandon the fiction that civil conflicts are driven by ancient, primal hatreds and address the true causes of enduring conflict. There is nothing inherent about ethnic diversity that leads to violence. In a landmark 2003 paper, James Fearon and David Laitin demonstrate how the degree of ethnic diversity in a state has no relationship to whether or not it experiences a civil war. Another paper finds a greater risk of civil war when particular groups are deliberately excluded from the government. Most countries contain a diverse array of peoples living within their borders, but only a relative few descend into violence. What causes civil war is not ethnic diversity, but rather weak and exclusive states. When state institutions are weak and some social groups are excluded from power, violence entrepreneurs are free to exploit the divisions in society for their own political gain.

Fearon and Laitin’s findings cut both ways—there may be nothing inherently violent in diversity, but almost any social division can be exploited to motivate violence. Syria’s Alawi, Christians and Sunnis, as well as Iraq’s Sunnis, Kurds and Shias, have far more years of peaceful coexistence than sectarian civil war. It was only when the capacity of the state was shocked that violence entrepreneurs were free to instrumentalize this diversity for their own political ends.

The path to peace in Syria and Iraq lies not in partition, but in restoring state control and making the state more inclusive. Restoring government control to the contested regions of Syria and Iraq will be exceedingly difficult and will certainly require international peacekeeping, but we should not allow the idea of carving up these countries to distract us from the real work of reconciling the people that live within them.

Adam R. Alexander is a candidate for the Masters in Public Policy at the Harvard Kennedy School. He has nine years of service as a military intelligence officer in the United States Army.