The Myth of Saudi Power 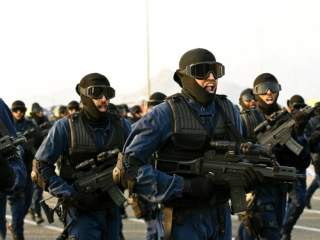 Recent downticks in oil prices forced the Saudis to declare a deficit budget in 2015, estimated at 20 percent of GDP, a condition likely to persist a few more years. On top of that, the war on Yemen and support for the rebels in Syria have taken a toll on the Saudi economy. Riyadh is incurring a cost of $6 billion every month, or $200 million daily, for war operations in Yemen, a price that the ailing Saudi economy can hardly afford for long. A parallel example is the United States’ high military spending in Iraq, with a total cost of $2 trillion and military expenditures claiming 4.75 percent of GDP in 2011. The United States eventually opted for withdrawal, giving the Iraq dossier to Iran. One might wonder whether a similar fate awaits the Saudis in Yemen.

Another area of serious concern is Riyadh’s recent military expansion, which looks fraught with defects, if not impending dangers. The kingdom keeps importing foreign military hardware, from sophisticated multirole fighter jets to guided missiles. It became the world’s largest arms importer in 2014, with a total of $6.4 billion spending on defense. Between 2011 and 2015 arms imports by Riyadh rose by 275 percent compared to the previous five years. This is part of a general trend in arms purchases by Middle Eastern states, whose imports increased by 61 percent over the same period as a whole. The question is whether a state like Saudi Arabia can assert its military dominance on the regional scale based on imported arms, while its nemesis Iran has achieved remarkable self-sufficiency in armaments. Great and rising powers are also major arms exporters, though they import arms on a limited scale. Saudi Arabia produces no major arms or weapon systems, having instead built up an arms dependency relationship with the West, China and Russia. This makes it susceptible to pressures from exporters, particularly during times of regional military crises. One example is the European Parliament’s recent decision to call for an arms embargo against Riyadh in response to humanitarian disasters in Yemen created by Saudi bombings.

Overall, it looks like that Saudi Arabia is engaging in brinkmanship that it lacks the power to back up. Its bid to emerge as the region’s preeminent military power and control regional affairs may come up short.