The Need for a Broader U.S. Strategy to Stabilize Afghanistan 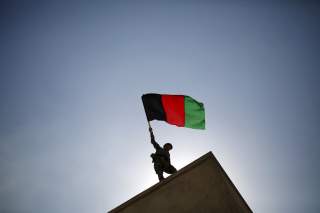 The Trump administration is considering to sending more troops as a sign of recommitment to the sixteen-year-old war in Afghanistan. The decision—which has been delegated to the Department of Defense—is taking place amid the country’s deteriorating security and political situation. The Afghan Taliban and its offshoot, the Haqqani Network, have stepped up their destructive operations across the nation. As a result, the recent uptick in violence has led to the countless deaths of innocent civilians and security personnel, and it has undermined the National Unity Government.

Despite the worsening security situation, Kabul also suffers from a deepening political gridlock, with weak government performance and dysfunctional institutions. Thus, a mini-surge by the United States is required to prevent Afghanistan from turning into a failed state becomes inevitable. Moreover, troop surge would be significant in order to alter the condition and reverse the Taliban gains which has been made by the group in recent years.

This troop increase should come as part of a comprehensive strategy for Afghanistan and help its government achieve more stability and defeating the insurgents on the battlefields. In other words, the new approach should be part of a well-defined regional strategy that can allow the United States to bring more military, diplomatic and intelligence support to the fight. More importantly, it should give the U.S. commanders more authority on the ground and allow them to embed with local forces to boost their morale in the fight against the Taliban.

Secretary of Defense Jim Mattis has so far dropped several hints about his strategy for Afghanistan. Most recently at a congressional hearing on the fiscal 2018 defense budget, he told members of the Senate armed services committee that “we are not winning in Afghanistan and that there is a need for a regional approach in the United States’ strategy towards that country.”

The secretary also argued that in order to improve the conditions on the ground, sending more troops would have multiple benefits. Those troops would help train and advise local forces at the corps level instead of the brigade level, which would then enable the Afghan air power to improve their special forces skills. The Department of Defense is now mulling over whether to send anywhere from three thousand to five thousand troops to Afghanistan support its beleaguered army.

This would be an important and strategic move as the U.S. mission still remains in an advisory role, which restricts it to training, assisting and advising the Afghan national-security forces. On the other hand, the Afghan army and police are in need of serious support to improve their planning and coordination, intelligence collection and medivac capabilities. Thus, improvement on these areas would provide the Afghan military the strength to vanquish enemy forces and secure vast territories.

For these reasons, it’s important that the additional U.S. forces soon to be deployed to Afghanistan assist the Afghan military by building their capacities in the aforementioned areas. This will reinforce the momentum in the fight against Taliban and other insurgent groups. Likewise, it will give the Afghan security forces the necessary support to break the “statement” as the situation was recently described by the U.S. and NATO commander Gen. John Nicolson who is leading the train and advice task in Afghanistan. This is in addition to the U.S. counterterrorism mission against Al Qaeda and the nascent ISIS presence along the border with Pakistan.

To be sure, Afghanistan is in a precarious state of affairs at the moment, which demands a broader response from the United States. What matters the most is, if the United States does not take necessary action, the country may once again descend into chaos, which will ultimately harm the U.S. national-security interests in the future.

On the contrary, deploying three thousand or even five thousand troops may have a positive impact on the ground, but it will not have an overall strategic effect on the security environment. Unfortunately, this will be the harsh reality with respect to Afghanistan’s security, unless the new strategy addresses the main reasons behind violence and insecurity in the country. According to experts and analysts, one of the primary causes of the ongoing conflict in Afghanistan is related to its regional dynamics.

Therefore, the Afghan strategy which is currently being devised by the administration and will be announced in the next coming weeks should be externally focused in order to address those challenges. It would have to be broad and profound in nature that encompasses not only Afghanistan, but also the surrounding region. Another major aspect is the strategic objectives, especially in terms of long-term U.S. interests that needs to be defined in the new strategy. This is important due to the fact that it does not only achieve the intended actual results, but also shape the future course of deployment of resources in support of the strategy.

Lastly, the new U.S. strategy should touch upon on other key areas, such as the sanctuaries of the Taliban in Pakistan, which have served as the breeding ground for sustainment of the insurgency to date. At the same time, that strategy has to encourage the Afghan unity government to bring extensive political and security reforms, fight corruption and ultimately push for a political settlement. Thus, the United States must use all its political, economic and military might to secure a prosperous future for Afghanistan and the region.

Ahmad Murid Partaw is the former Afghan Senior National Representative (SNR) to the U.S. Central Command (USCENTCOM) and a graduate of Political Science from the University of South Florida (USF) in Tampa, FL. His research focuses on Afghan politics and the Middle East. He is an Alumni of the Near East South Asia Center for Strategic Studies (NESA) as well as United States Special Operations Command (SOCOM) and Joint Special Operations University (JSOU).He writes about Afghanistan and Pakistan in Foreign Policy Journal, National Interest, IHS Jane’s, Eurasia Journal, Kabul Times and Indian Strategic Studies. His most recent piece was published in FPJ under the title of “The Illusion of the Islamic State in Afghanistan” on Feb 10, 2017.