The Need for U.S.-Russian Cooperation in Syria Is Growing 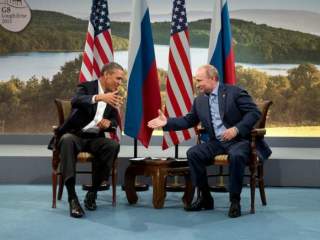 The talks on possible cooperation in Syria between the United States and Russia seem to be never-ending, and they are still to produce significant results. The fragile ceasefire of spring 2016 was not a product of direct U.S.-Russian common action; rather, it came about after each Washington and Moscow each used their leverage to force participants of the Syrian civil war to adhere to the ceasefire. Now, the question stands whether both powers can act in concert to address the terrorism threat. Chances for such development are higher than one could suppose while analyzing the general state of U.S.–Russian relations. To understand this, it is necessary to assess the strategic frameworks for Washington’s and Moscow’s policies in the region.

A recent Washington Post investigation on what went wrong with the U.S. policy towards Iraq after the withdrawal of its troops is a must-read for anybody trying to prepare such an assessment for American actions. On the face of it, the investigation is more concerned with Hillary Clinton’s candidacy and her legacy as a Secretary of State. However, it is impossible not to notice that America’s problems in Iraq can be traced back to general shortcomings of both American foreign-policy decisionmaking and its strategy toward the Middle East or, rather, the lack of the latter.

On the level of foreign-policy decisionmaking, the Washington Post wrote about the difficulties in dealing with the consequences of pulling the American troops out of Iraq and the lack of cooperation between the executive branch and the Congress. The article provokes even more important thoughts about America’s policy towards the region. First, it points out the obvious: the American attempts of state-building in the region result only in a waste of resources and, very likely, a deterioration of the security situation. Second, any moves in the Middle East should be based on a long-term strategy considering the region as a whole. With no understanding of how the destinies of Middle Eastern countries are intertwined, Band-Aid “solutions” are a direct route to trouble.

Syria looms large in both considerations. Its civil war was a factor in destabilizing Iraq. As it has been formulated in the Washington Post article: “The terrorist predecessors of the Islamic State began gaining strength across Iraq, aided by the worsening sectarian tensions as well as the fighting next door in Syria, where the civil war gave jihadist leaders a cause and a safe haven in which to rebuild”. When this was happening, the United States was conducting the “Assad must go” policy, hardly helping to end the Syrian civil war. From this perspective it is difficult to speak of a working American strategy addressing region’s security challenges.

At this point, it is a thankless job to predict anything about the situation in Syria, but, let’s imagine, that anti-Assad forces win. Considering American state-building problems in the region, one can wonder whether Washington will engage in state-building in Syria after Assad. Or, will the United States watch its Middle Eastern partners fulfill this job? In the latter case, how democratic will be new Syria? Watching the atrocities of the “moderate” opposition in Syria, often supported by the same American partners, one can doubt that the American regional allies can build an exemplary modern democratic state in Syria, where human rights are protected and the population prospers.

Or, if only security issues and the fight against ISIS are important to Washington, why should Assad go? Whatever somebody thinks of him and his regime, it is very difficult to argue that he remains the strongest player in Syria, enjoying the effective support of Iran and, especially, Russia. Among other things, cooperation with Russia would offer the United States a chance to contribute to Syria’s stabilization and the fight against Islamic extremism without direct engagement with Assad.

Of course, ideas of a deeper cooperation with Russia remain toxic in Washington. After years of ideological foreign policy and international grandstanding, the United States has reduced its space for international actions and closed many options for resolving problems negatively affecting American security interests. For American decision-makers, it is very difficult to assess possibilities of cooperation with Russia in Syria avoiding the negative influence of geopolitical showdown of recent years.

While Secretary of State Kerry is negotiating with Russia a possible format of cooperation, the Washington Post, seeing danger even in Russian proposals to open four corridors for civilians’ evacuation out of Aleppo, considers American offers a “cave-in.” The Post editorial board does not offer Mr. Kerry any better ideas on how to deal with the Syrian nightmare, only reminding that “time and again, the secretary has declared that Russia must deliver or suffer consequences, such as a U.S. ‘Plan B’ for Syria.” And here, very importantly, one can ask whether this “Plan B” exists at all…

One way for the United States to negotiate more efficiently and to find a way to cooperate with Russia in Syria, is to understand two simple, but crucially important facts: first, Russia’s resources are very limited, second, to a significant degree because of this, the situation in Syria for Russia is not a zero-sum game where Russia wins if the United States loses and vice versa.

When Russia started its operation in Syria critics argued how many strikes Moscow could make before it ran out of ammunition and how expensive and affordable the campaign was in times of socioeconomic problems. It turned out that the situation is not as dire, however, if even the United States, the richest country on Earth, after trillions of dollars spent in the Middle East prefers to stay clear of deeper engagements. There is no desire in Moscow to spend in the region more than necessary.

Indeed, what Moscow sees as necessary is to fight international terrorism and to reestablish itself in the region by supporting Assad. Neither of these goals is anti-American in itself. One can argue that the United States sees the region as its exclusive domain (in a Carter Doctrine 2.0), where the Russian presence is inadmissible. However, then, the question arises, which is more harmful to essential American security interests: a Russian presence in the Middle East that stabilizes the region, or a Middle East in continuous turmoil, becoming more and more the hotbed of international terrorism?

In any case, Moscow has advanced in its current efforts to reestablish itself in the region. Recently, former Yemeni president Ali Abdullah Saleh has appealed to the Kremlin “to activate these treaties and agreements that were between us and the Soviet Union,” suggesting that his part of Yemen is ready to grant Russia access to air and naval bases. This invitation can be added to the list of significant results of Russian diplomacy in the region. Strong and constructive relations with Jordan, Bahrain, Egypt, Iraq, Israel, dialogue with the Kurds, deepening cooperation with Iran, and, of course, the recent thaw between Ankara and Moscow make this list impressive even without Russian bases in Yemen.

However, despite all this diplomatic activity, security and economic cooperation, Russia is hardly in the position to “police” the Middle East. (There are serious doubts that even the United States with all its impressive resources can stand up to the challenge.) Russia’s approach is different, it is based on the understanding that the stronger the states in the region, the higher their capacity to deal with extremists and terrorists. Can Washington make a conclusive case against such an approach, especially after all the turmoil of the Arab Spring that was supposed to bring democracy in the region, but only weakened key states?

If not, there are hardly any sound reasons to oppose U.S.-Russian cooperation in Syria or in other areas of the Middle East where the two powers’ security interests coincide. This cooperation, if it materializes, will be very limited and goal-oriented, but it can still deal a couple of decisive blows to ISIS and other terrorist organizations. Of course, the hostile rhetoric from the two capitals makes starting this cooperation more difficult. But in the recent past both the United States and Russia have shown that this kind of rhetoric did not prevent realpolitik moves, be it (for Washington) U.S.-Russian cooperation to end the Syrian chemical-weapon program or (for Moscow) the rapprochement with Turkey.

If it doesn’t cooperate with Moscow, Washington will find itself under domestic and international pressure to address the Syrian situation more decisively, yet it will lack good options to do so. And Moscow will increasingly risk encountering regional challenges that it has very limited resources to effectively address. In this situation, Russia can choose to wind down its presence in the region, while the United States, claiming to be the ultimate power in charge of the Middle East and of the global-security situation, remains stuck there dealing with growing threats to its essential security interests.