The Neocon War Against Ted Cruz 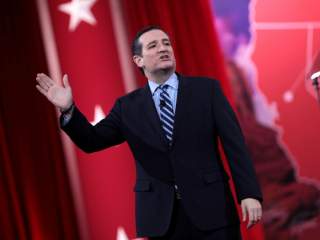 In a piece this week for Commentary, Max Boot attacked U.S. Senator Ted Cruz and his presidential campaign. Boot pans Cruz’s speech before the Heritage Foundation on Dec. 10, asserting that Cruz represents an “anti-Reagan.” But does he?

Essentially, Boot criticizes Cruz for his use of the term “neocon” to describe a swath of GOP foreign policy advisors as well as other candidates competing for the nomination. He claims that the Reagan Administration was chock-full of neoconservative thinkers ranging from Jeane Kirkpatrick and Richard Perle to Paul Wolfowitz. He further claims that Cruz wants to coddle all dictators while Reagan only supported pro-American ones.

As Boot rightfully points out, President Reagan did have many individuals within his administration that could be called neoconservative. He is also correct that Kirkpatrick was a very astute observer of foreign affairs, and that it was indeed her famous Dictatorships and Double Standards article in Commentary that both savaged President Carter and paved the path for her to eventually become Reagan’s United Nations ambassador.

But Boot goes too far in saying that there is a fully coherent neoconservative foreign policy and that Kirkpatrick, in particular, can be used to undermine Sen. Cruz’s views. The core insight of Kirkpatrick’s piece is that there are different types of authoritarian regimes. Typically, right-wing dictatorships, though deeply unpleasant, are not frequently radical utopians driven by ideological purity into mass murder. Meanwhile, leftist utopians, including Communists as wide ranging as the Soviets to Pol Pot in Cambodia, are so blinkered by ideology and convinced of the correctness of their visions that they continue to engage in a permanent revolution. There is a limited ability to negotiate with these types of regimes. Furthermore, they can’t establish any standards upon which to build a possible future society. Consequently, rightists can evolve into something tolerable over time absent a Gotterdammerung. Leftist utopians rarely do. These rightist regimes, however, need not be “pro-American.” They need to be less dangerous than the alternatives. Further, Kirkpatrick never completely absolves them of responsibility for the wrong that they do.

Today, this applies quite clearly to Assad, loathsome though he is, and is central to Cruz’s apparent third-way foreign policy that seeks to be neither as non-interventionist as Rand Paul or hyper-interventionist as Marco Rubio. This is valuable real estate for a potentially successful GOP contender to hold.

Unfortunately, the regnant neoconservative establishment only wants to embrace hawkishness and to chastise anyone with the temerity to challenge this default philosophical mindset. True, the phrase neocon has often become a shorthand negative epithet that does a disservice to the variety of thinking present in the movement. While a Richard Perle and Paul Wolfowitz may share much with Norman Podheretz, it is not clear they share as much with Irving Kristol, the movement’s so-called “godfather.” Meanwhile, Jeane Kirkpatrick was clearly far more nuanced than Boot gives credit. In fact, eleven years after her Commentary piece, Kirkpatrick herself called on America to again become a “normal nation” in the pages of the National Interest. That title alone is a far cry from the Wilsonian language many in the neoconservative movement support such as the “ending tyranny” in our world as George W. Bush did in his second Inaugural speech.

In addition, Reagan himself engaged in far more realpolitik than many of his hagiographers care to admit. He shared intelligence on the Soviet Union with China. He amped up President Carter and Zbigniew Brzezinski’s military support of the Afghan mujahideen in order to bloody the Soviets. He supported anti-communists throughout Central America, even if they were not exactly true democrats themselves.

Boot attempts to use a highly sophisticated thinker and a multifaceted president to make a superficial critique of Sen. Cruz’s foreign policy. Boot should defend his foreign policy views robustly but he should defend them on their merits and not through ad hominem arguments.