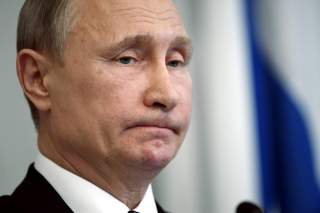 On May 2, 1998, the journalist Thomas L. Friedman published a column in the New York Times based on an interview with the dean of American students of Russia, George Kennan. “I think it is the beginning of a new cold war,” Kennan answered, when asked his opinion of the decision of the Clinton administration to expand NATO into the territory of the former Warsaw Pact, while excluding Russia from NATO membership. Kennan continued: “I think the Russians will gradually react quite adversely and it will affect their policies. I think it is a tragic mistake.”

Friedman went on to write that “if we are lucky,” future historians would say that

Russia, despite NATO expansion, moved ahead with democratization and Westernization, and was gradually drawn into a loosely unified Europe. If we are unlucky they will say, as Mr. Kennan predicts, that NATO expansion set up a situation in which NATO now has to either expand all the way to Russia’s border, triggering a new cold war, or stop expanding after these three new countries and create a new dividing line through Europe.

The future has arrived, and confirmed the pessimism of Kennan and Friedman back in 1998. The attempt of the United States and its European allies to draw Georgia into their orbit provoked the Russo-Georgian War of 2008. A similar attempt to bring Ukraine into NATO and the EU provoked Russia’s annexation of Crimea in 2014, and a proxy war in Ukraine that continues today. To these actions—seen as defensive by Moscow but aggressive by the West—the United States and its allies responded with financial sanctions. In turn, Putin’s government engaged in further provocative military actions, including its intervention in Syria, and is accused of having had a role in hacking Democratic Party records in order to embarrass the Clinton campaign in the 2016 election.

Russian-American relations today can be described by Kennan’s phrase: “a new cold war.” If any further proof were needed, it can be found in the revival of Cold War–style McCarthyite paranoia—this time not among conservatives, but among progressives, many of whom sincerely believe that Vladimir Putin is responsible for the election of Donald Trump. This explanation provides a comforting alibi for the disastrous failure of the Clinton campaign and for the decline of the Democratic Party as a whole, which has been reduced to its lowest share of government power at all levels in the United States in nearly a century.

The fires of Russophobia are stoked by many neoconservatives as well as partisan Democrats. Temporarily disgraced by their support for the catastrophic war in Iraq, neoconservatives nostalgic for Cold War One can try to regain influence by rallying Washington and the American people to heroic efforts in Cold War Two against Putin’s shrunken, post-imperial Russian Federation.

Russia, we are supposed to be believe, is a threat on the scale of the former Soviet Union. Unlike the USSR, which sought to overturn Western liberalism by promoting Marxism-Leninism, Putin’s Russia, it is claimed, seeks to spread an “alt-right” ideology of neofascism via its fifth columnists—populist politicians like Trump and Marine Le Pen—in Europe and the West.

Just as Russian interference in the 2016 election provides an alibi for the failed Clinton campaign, so the alleged Russian global ideological conspiracy absolves the centrist establishments of the United States and Europe of any responsibility for provoking the current transatlantic populist rebellion against neoliberal trade and immigration policies. Western dissidents who reject the bipartisan neoliberal consensus shared by center-right and center-left parties do not have legitimate domestic grievances; no, they are Russian dupes—when they are not Russian agents! Many on today’s center-left and center-right interpret domestic populist movements exactly as much of the Right interpreted civil-rights and prolabor movements for much of the twentieth century between 1917 and 1989—as conspiracies directed by Moscow.

At some point the fever will break. In a decade, today’s Russian Peril will probably seem as deranged, and as manipulated for partisan domestic purposes, as the Red Scares of the 1920s and the 1950s. In time, it is likely that President Trump or a successor will deescalate Cold War Two in favor of something like détente during the Nixon era. But with one of the two parties—the Democrats—along with most of the U.S. foreign-policy establishment (which benefits from threat inflation) committed to making Cold War Two even colder, a thaw is unlikely any time soon.

Michael Lind is a contributing editor at the National Interest and author of The American Way of Strategy.