The New Front in the Global War on Drugs 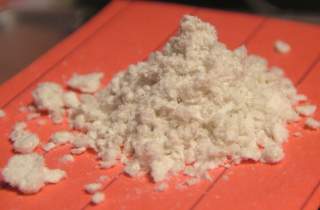 News media accounts are abuzz regarding the proliferation of synthetic or “designer” drugs that produce physical and psychological effects similar to those of traditional mind-altering substances such as marijuana, cocaine and heroin. There is a bewildering variety of the new drugs, most of which until recently were not covered by existing prohibitionist laws. The array of synthetic drugs often seems limited only by the extent of creativity on the part of enterprising chemists.

It is a daunting task trying to outlaw substances that are typically marketed as such ostensibly legitimate products as air freshener, incense and potpourri. Moreover, when specific bans are enacted, the drug can sometimes regain legal status with a trivial change in chemical makeup. Such problems cause consternation among officials in the United States and other countries determined to stamp out drug abuse. Policy makers scramble to come up with legal rationales to contain a murky, ever-changing situation.

Socially conservative societies have not been immune from the mounting popularity of synthetic drugs. Reuters cites a surge of methamphetamine use in Iran. “Women in headscarves and men in tatty clothes puff on a glass pipe as smoke swirls around their faces. The pictures published by Iranian media and blogs in recent months are a sign of a new drug epidemic: shishe, or methamphetamine.”

Seizures of meth soared 128 percent between 2008 and 2012, topping all other countries in the region. Iranian authorities contend that most users are urban, middle class and young. University students have begun using shishe to stay up longer and boost their performance in school. Women have reportedly purchased the drug because of promises that it will help them lose weight. Meth has even surpassed opium from neighboring Afghanistan as the drug of choice among young, urban Iranians. All this has occurred even though Iran has some of the harshest drug laws in the world, including the frequent execution of traffickers.

Another socially conservative society, Russia, has experienced a comparable surge in the popularity of “spice”—synthetic marijuana. Al Jazeera reports that spice “is widely available in Russia and several ex-Soviet republics in myriad variations.” In the late 1990s and early years of the twenty-first century, Afghan heroin flooded Russia. By 2008, Russians used more than one-fifth of the amount consumed globally. But as Russian authorities focused on curbing the flow of opium and heroin from Afghanistan, domestic users increasingly switched to other drugs, including synthetics.

On February 3, 2015, President Vladimir Putin signed a bill banning all variations of spice and punishing its production or distribution with hefty fines and jail sentences of up to eight years. Observers noted, though, that the law seems to have changed little about the spice trade. Hundreds of Russian websites and online forums still advertise and sell spice.

The trade in synthetic drugs has a sizable international dimension, with important production centers in places as diverse as West Africa and Western Europe. Mexico has long been a major source for meth and the precursor chemicals that are used to manufacture it, and in recent years, the country has become an increasingly prominent player in the broader trade, with the notorious Sinaloa cartel being dominant. The Drug Enforcement Administration (DEA) estimates that 90 percent of the meth on U.S. streets now comes from labs in Mexico.

Although Mexico remains a crucial factor in the meth trade, the DEA contends that most of the chemicals used to make the newer synthetic drugs come from China. Indeed, according to a September 2013 article in Time, such drugs typically originate in “[s]uburban laboratories around Chinese port cities.” From those locales, they can be shipped easily to North America and Europe, often using normal commercial delivery services. Larger quantities are also available from those Chinese sources, typically sold on the internet as “research chemicals.” Given the shifting nature of the drug market, an assortment of Chinese producers now appear to be serious competition for the more established Mexican traffickers.

The effort at banning synthetic psychoactive drugs is not likely to work any better than previous crusades to ban marijuana, cocaine and other substances—or the U.S. experiment with alcohol prohibition in the 1920s and early 1930s. The reality is that a percentage of people will want to experience chemically induced pleasure regardless of the number, nature and severity of laws against such behavior. Indeed, people have used an array of ostensibly legitimate products, including glue and paint thinner, to achieve the desired experience. Trying to outlaw all chemical highs is akin to a dog chasing its tail.

Driving such conduct underground merely increases the associated risks, fosters corruption, and creates a variety of undesirable social pathologies—most notably enriching and empowering criminal elements that are willing to traffic in prohibited substances. International drug cartels, as well as violent street gangs in cities around the world, are the principal financial beneficiaries of prohibitionist policies.

Rather than attempting to deal with synthetic drugs using the same international strategies that have already failed with respect to marijuana, cocaine and heroin (and in the earlier U.S. crusade against alcohol), policy makers should focus on a harm-reduction approach. In the case of designer drugs, such a strategy would seek to create a legal framework under which the trade in such products would be dominated by legitimate businesses. Such a strategy would not be a panacea by any means, but it is better than opening a new front in the futile international war on drugs.

Ted Galen Carpenter, a senior fellow at the Cato Institute and a contributing editor at The National Interest, is the author of ten books on international affairs, including The Fire Next Door: Mexico’s Drug Violence and the Danger to America.