The New Generation of Russian Dissenters 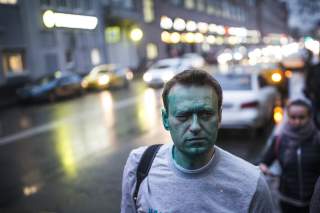 The students were arrested as part of the police crackdown on opposition protests June 12. On that day, tens of thousands of demonstrators took to the streets across the country, called to action by Russia’s opposition leader Aleksei Navalny. The current wave of protests, which began in late March and resurged this week, is the largest Russia has seen since 2011–12. What makes them even more interesting is their nationwide distribution. Back in 2012, protests were generally confined to major Russian cities. This time, opposition leaders managed to engage 187 cities, towns and localities all over Russia, from Vladivostok, through Khabarovsk, Cheboksary, Chelyabinsk, Ufa, Yekaterinburg, Krasnodar, Rostov-on-Don and Kazan, to Moscow. In some places, like Tambov, with its three hundred thousand residents, such rallies had been completely unheard of since the early 1990s.

The size and the scale of the protests are a success for the Russian opposition, particularly its current leader, Aleksei Navalny. This is the second protest in Navalny’s electoral campaign since he announced his decision to run in the 2018 presidential election. The first protest took place on March 26, and was also unprecedented in scope and scale for Russia’s politically lethargic population. By the estimates of the European Parliament, between thirty-three thousand and ninety-three thousand people took part in anti-corruption rallies, marches and demonstrations in over eighty cities across Russia on March 26.

The spread of the protests is due to people’s growing frustration with the current political leadership, as well as the organizational skills of Navalny’s team. Unlike other opposition  leaders, who traditionally focus on Russia’s big cities, Navalny aims to engage the whole country in his movement. For the last six months, Navalny’s presidential campaign has been opening offices all over the country; so far, it’s launched forty-eight offices engaging over 118,000 volunteers to support his campaign. The regional network allows Navalny’s team to effectively communicate and organize volunteers across the country to an extent unseen in modern Russian history. The protesters’ success has not gone unnoticed by the authorities, as seen in their repeated attempts to close Navalny’s campaign regional offices, violent attacks on Navalny by pro-Kremlin gangsters (one such attempt left Navalny almost blind), and harsh crackdowns on the March 26 and June 12 protests.

Another successful strategy used by Navalny and his campaign is communicating information via internet-based videos. Since the Kremlin took control of most of Russia’s TV channels, the opposition has made multiple attempts to reach out to the Russian public by other means. Videos and live streams spread on YouTube, social networks and Navalny’s own video channel have recently proven to be the most successful strategy. The March protest largely resulted from a video published by Navalny’s campaign earlier that month. The video, which investigated Prime Minister Dmitri Medvedev’s corruption and lavishly luxurious lifestyle incompatible with his modest official salary, has been viewed by over twenty-three million people on YouTube alone. This revelation infuriated the Russian public, and led to protests unprecedented in scale.

Launching online video channels, rather than publishing articles or blogs, has become fashionable among the Russian opposition in recent years. Infotainment allows for a simpler and more accessible way of communicating information to an audience, as opposed to lengthy and boring articles, particularly when it comes to discussing complex systems of corruption. This approach also allows opposition leaders to influence and mobilize social groups that reside mostly online, particularly among the younger generation.

This constitutes another unique feature of the new wave of protests: they are distinctly younger than the 2011–12 wave. The 2011-12 wave of protests was labeled a “white-collar revolt” due a large participation of middle-class professionals in their late twenties and early thirties who were frustrated by the political and economic stagnation in the country. This time, however, the protests attracted a disproportionate share of students and young professionals in their early twenties. Navalny’s own team reports similar sociological findings: over 40 percent of visitors to protest pages on social networks are eighteen to twenty-four.

So why are Russian youth so attracted to the protests?

Several reasons may explain their motives, but the major one is the fact that younger Russians differ from their forebears in their political and civic attitudes. Studies show that younger Russians from large and medium-sized cities tend to be much more pro-democratic, activist and civic-minded than the older generations.  Thanks to the spread of the internet, open borders and relative economic prosperity, Russia’s younger generation is increasingly integrated into Western culture. Many travel abroad, speak English, watch the same movies and programs, and listen to the same music as their European contemporaries. People who are steeped in Western popular culture sooner or later become attracted to Western political culture as well. Younger Russians are less likely to remember the alleged “stability” that Putin brought to Russia on the wave of high oil prices in the 2000s.

Recent studies also show that younger people are more sensitive to the crisis of values spreading in Russian society due to the corrupt political system: many perceive a lack of honesty and respect in society. Youth interviewed during the protests mentioned the need for better morals, justice and dignity among the factors that led them to take part in the rallies.

Younger Russians also have fewer reasons to favor the current political and economic order. The rolling nationalization of the Russian economy and the economic crisis eliminated many sources of social mobility in Russian society and destroyed private-sector employment opportunities, while the best positions in state-owned corporations are occupied by the offspring of ruling elites. Younger Russians therefore have very limited career opportunities: the unemployment rate among young people under twenty-five is about 20 percent.

While there is little doubt that the Kremlin will use all possible means to disrupt the protests, there are reasons for optimism. First, the authorities have few available tools for brainwashing younger Russians who do not watch state TV channels. To a large extent, this generation is lost to the Kremlin. Second, Russian society is changing and becoming increasingly integrated into the globalized world. Its younger generations are much more pro-Western and pro-democratic than those that came before. This cultural change will ultimately bring about political change as well.