The New and Improved U.S.- Japan Alliance: A Good Deal for Washington? 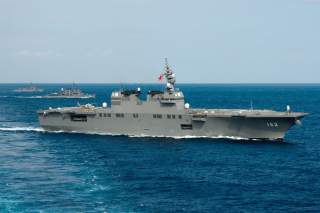 The once-in-a-generation revision of the bilateral defense cooperation guidelines, which set out alliance roles and missions, makes the U.S. strategic position in Asia—to borrow a phrase from U.S. strategic documents and previous U.S.-Japan joint statements—more “geographically distributed, operationally resilient, and politically sustainable.” This vision is key for the United States to continue playing its critical stabilizing role both in the defense of Japan and in building a broader regional order, and the new guidelines harbor the potential to advance it on all three counts.

One of the most significant innovations in the new guidelines is enabling the alliance to respond to emerging threats to Japan in new places and with new partners. What exactly constitute “situations that will have an important influence on Japan’s peace and security” is deliberately ambiguous and therefore flexible, but one plausible example is alliance defense of the sea lanes that carry Japanese goods and energy imports, as well as the skies above them.

Previous policy allowed Japan to participate in defense of sea lines of communication, but with a radius of a thousand nautical miles from Japan—a range carefully delineated to preclude Japan’s involvement beyond the immediate environs of Taiwan. Moreover, Tokyo has for years operated under self-imposed constraints including abjuration of the right of collective self-defense. While gradual evolutions have widened the aperture over the years, Japan’s security activities have in the main been limited to bilateral cooperation with the United States.

The new guidelines, however, permit both sides to contribute to maritime security across the globe. Recent reporting has suggested that the Japan Self-Defense Force (JSDF) could take on a greater role in the South China Sea, including joint air patrols with the United States. Whether or not that specific proposal comes about, bringing to bear the world’s most capable bilateral security alliance will support the United States’ efforts to increase its security engagement with partners in Southeast Asia, including through joint partner capacity building and greater domain awareness in and above the South China Sea.

Even if it is not directly present, Japan’s provision of logistics support in areas closer to its shores can ease the U.S. burden of conducting expeditionary training, humanitarian assistance, or other operations in Southeast Asia.

At a higher end, the guidelines—contemplating Japan’s limited exercise of collective self-defense as sketched out by the Abe administration—allow for broad alliance cooperation in response to armed attacks against third countries “in a close relationship in Japan.” One could foresee a future in which the alliance declares that this policy applies to Vietnam or the Philippines—both countries with whom Japan is actively strengthening relations.

Finally, as Abe mentioned in his speech, Japanese assistance with upgrades to facilities on Guam will provide a new venue for training, exercises, and other operations.

Military operations are hard in Asia, and getting harder due to the proliferation of advanced technologies, including those in relatively new domains such as space and cyberspace.

The tyranny of distance makes even low-end, cooperative activities—such as finding an airliner tragically gone astray—exceedingly difficult, as scarce capabilities must be spread over vast areas.

In a potential conflict, China’s expanding and thickening anti-access/area denial (A2/AD) envelope seeks to deny U.S. freedom of maneuver within the first island chain, especially through massive numbers of shore- and sea-based guided munitions. Most visions of potential high-end U.S.-China hostilities involve ballistic and cruise missile attacks on U.S. assets forward stationed or deployed in Japan, to destroy combat assets and especially key enabling capabilities before they can enter the fight. In addition, China’s development of counterspace and cyberspace weapons is designed to attack U.S. and Japanese forces’ reliance on networked command and control for nearly all military functions.

The new U.S.-Japan guidelines address all of these issues. With the alliance’s broader geographic scope and expanded provision for Japanese logistical support and integration with U.S. operations, the JSDF can supplement U.S. capacity across the spectrum of operations, including in scarce capabilities such as intelligence, surveillance, and reconnaissance (ISR), airborne command and control, and boutique antisubmarine warfare and amphibious systems.

The guidelines also commit both sides to study how U.S. forces can be dispersed throughout Japan, through both expanded steady-state shared use of JSDF facilities and emergency access to civilian airports and seaports, to “expand interoperability and improve flexibility and resiliency” for the defense of Japan. Dispersal would significantly complicate the targeting problem for hostile missile forces, potentially deterring a strike to begin with and certainly increasing the ability of U.S. forces to survive any initial barrage.

Thirdly, the guidelines devote significant attention to cooperation in space and cyberspace, neither of which was a contested domain when the guidelines were last revised in 1997. The parameters for collaboration are broad enough to accommodate the rapid changes in both domains, but portend deepened cooperation that will improve the resiliency of both militaries and societies overall.

Indeed, beyond near-term matters, a new bilateral planning mechanism, as well as closer cooperation in intelligence, defense technology, and the defense industrial base, seek to enhance long-term resilience by making sure the alliance’s military edge doesn’t have an expiration date.

The United States’ strategic and military presence in the Asia-Pacific has lent the region relative stability and enabled historic gains in prosperity, and is welcomed today by nearly all countries in the region. Nevertheless, as CNAS research has demonstrated, “the nature of America’s military presence in Asia must be based on viable and enduring political arrangements and conducted in ways that contribute to (or at least do not undermine) vital political support in host countries.” The announcements made during Abe’s visit contribute to the long-term sustainability of U.S. strategic presence in Japan and the broader region in at least four ways.

Firstly, the statements accompanying the guidelines articulate a positive strategic vision that the two countries share: for “a strong rules-based international order based on a commitment to rules, norms and institutions that are the foundation of global affairs and our way of life.” This depth of common purpose lends the alliance a durability that makes a crisis or mere strategic drift unlikely to dislodge each nation from the other.

Secondly, the alliance is more sustainable when it is stronger. The guidelines—especially the new seamless, whole-of-government standing alliance coordination mechanism—make it more capable and interoperable, and therefore increase its deterrent power. This lessens both the likelihood of a crisis erupting and the chance that any potential crisis could go wrong in a way that sunders the alliance.

Thirdly and relatedly, the guidelines seek to “promote a more balanced and effective Alliance” by committing Japan to come to the aid of U.S. forces under attack even if no armed attack against Japan has taken place. This hedges against a potentially extreme disjuncture in the alliance in which Japan—under its old strictures—could not have used force to protect Americans in danger. A more equal footing for the alliance helps to secure its future for the long term.

Finally, the Japanese government is dedicated to finding a sustainable footprint for U.S. forces on Japanese soil, including through the U.S. Marine Corps’ distributed laydown.

As the U.S.-Japan Joint Vision Statement put it, Prime Minister Abe’s visit “marks a historic step forward in transforming the U.S.-Japan partnership.” Much will depend on implementation and could be attenuated by legislative battles in Japan. But the revitalized alliance is making the U.S. position in Asia more geographically distributed, operationally resilient, and politically sustainable. Among many other achievements, this should be cause for celebration in Washington and Tokyo.

Alexander Sullivan is a Research Associate in the Asia-Pacific Security Program, where he focuses on U.S.-China relations, maritime security, regional military modernization and U.S. alliances, and the role of energy in geopolitics. His writing and analysis has appeared in Foreign Policy, The National Interest, The Diplomat, China-US Focus and various CNAS publications.