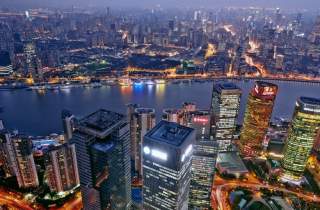 The risk of “Grexit” may have rattled financial markets, but for the Asia-Pacific region, an even bigger and closer threat is giving policymakers sleepless nights. Memories of Japan’s bubble-to-bust have been revived by China, which like its neighbor has enjoyed a massive stock and property bubble that is now rapidly deflating.

And with the communist giant currently the world’s second-largest economy and major trading partner to most of the countries in the region, the fallout from China’s downturn could be extremely damaging, hitting sectors from commodities to property, curbing investment flows and likely dragging down the rest of the region with it.

Comparing the prospect of “Grexit” compared to a China crisis, Bloomberg columnist William Pesek put it into perspective.

“The world, after all, has had a few years to contemplate a Greek exit from the euro. But if the world’s biggest trading nation suddenly hit a wall, it would be a catastrophe of a different order, wreaking havoc on economies near and far,” he said.

“At the very least, it would kill Japan’s nascent recovery, push Australia into its first recession in a quarter century, send shockwaves through South Korea, Indonesia and India, and devastate commodity-exporting nations everywhere.”

Recently, China announced gross domestic product (GDP) growth of 7 percent for the second quarter of the fiscal year, in line with its stated target and consistent with the previous quarter. However, not all analysts were convinced of the upbeat data, which exceeded market expectations.

“The stronger-than-expected figure will inevitably spark renewed questions over the veracity of the official data,” he added, noting for example that power output rose by only 0.5 percent compared to the reported 6.8 percent rise in industrial production.

“The twin engines [exports and investment] have stalled completely. Growth has been solely supported by household consumption, which in turn has been artificially and temporarily bolstered by the latest stock market rally. This part of growth is obviously under threat now,” they said.

Despite China’s recent stock market meltdown, its equity markets remain in bubble territory. According to Bloomberg data, the median price-to-earnings ratio for China’s bourses remains high at 63, only slightly below the peak of 68 in 2007 and above all of the world’s top ten markets.

The prospect of a further slump was seen last Wednesday, when the Shanghai Composite Index shrugged off the GDP data to drop another 3 percent, despite desperate measures by the authorities to prop up stocks, including suspending more than half of all shares from trading.

As noted previously in The National Interest, China’s property market has also gone from boom to bust, with the number of vacant homes estimated at double the U.S. level at the peak of the subprime crisis.

The latest GDP data showed property investment growing by only 4.6 percent in the first half, well down on the previous quarter’s 8.5 percent gain, with analysts pointing to a large inventory overhang of unsold homes, particularly in second and third-tier cities.

The soft data has sparked calls for more expansionary fiscal and monetary policy by Beijing, but the effectiveness of such measures has been called into question as its growth model weakens.

“The world is awash with cheap Chinese exports, and China has more new housing and infrastructure than its people know what to do with. At the same time, the most basic supply-side mechanism of China’s growth—the flow of underemployed farm workers from the regions to the expanding factories and construction sites of the cities—is slowing. The country is starting to run short of cheap labor,” warned the Australian Financial Review’s Alan Mitchell.

“Both China’s actual and potential growth rates are slowing, and China’s suppliers, from Japan and South Korea to Southeast Asia and Australia, are feeling the chill.”

China’s downturn has already hit commodity prices, with prices of coal, iron ore and other resources halving from their highs at the peak of the China boom. As the world’s largest commodity producer, consumer and importer, any further chill from China would further damage the region’s major commodity exporters, including Australia, Indonesia and Malaysia.

China is also dominant in other sectors such as steel and automobiles, but overcapacity and falling demand has now given it an elevated risk of deflation, amid falling producer prices, according to ANZ Research.

Property prices would also take a massive hit from a China slump. Along with traditional favorite Hong Kong, Chinese investors have recently become the top source of foreign investment in Australian real estate, investing more than A$8 billion in residential property in fiscal 2014 and making Sydney and Melbourne relatively less affordable than New York or Tokyo.

“The number one exposed economy is Hong Kong, but Australia is right after that. Australia is the most-geared into the China investment story," Standard & Poor’s economist Paul Gruenwald told the Sydney Morning Herald.

Chinese tourists have also recently sparked a tourism boom in neighboring Japan, while also becoming a major source of overseas tourists to countries such as Australia and New Zealand.

“Chinese tourists are to Japan today what the Japanese were to Manhattan and Honolulu during the late 1980s: the single fastest-growing group of overseas travelers and the highest spenders,” The Wall Street Journal noted.

According to KPMG, China’s outward direct investment overtook inward foreign direct investment in 2014, with total outbound investment of around US$120 billion, spanning sectors such as agribusiness, electronics, mining and real estate and with major recipients including the United States, Australia and Singapore. Any slowing of such investment flows would have a major impact on such countries, with previously major China investors such as Japan now turning to other markets such as Southeast Asia.

With the formerly red-hot economy now on the cusp of  “structural recession and deflation,” analysts are now warning of a “Xi shock” that could mean the end of China’s recent rise. As Japan’s experience demonstrates, the recovery process could be slow and painful.