The New National Defense Strategy: Everything is a Priority 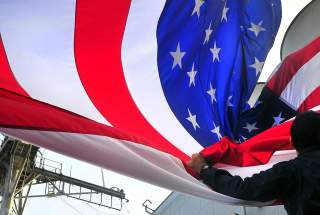 Lost to all but the most committed security wonks in the midst of the government shutdown debacle was the unveiling by Secretary Jim Mattis of a new National Defense Strategy. At first blush, it’s a bold declaration of the Trump administration’s priorities. In reality, there’s little new here—least of all a real strategy.

This is the first National Defense Strategy in nearly a decade. The last was published under the signature of Bob Gates in June 2008, during the latter days of the Bush administration. There was, however, a document published in January 2012 known in national-security circles, if not its cover page, as the Defense Strategic Guidance, which had a similar remit.

The most remarked-upon aspect of the new NDS is its declaration that “the central challenge to U.S. prosperity and security is the reemergence of long-term, strategic competition by what the National Security Strategy classifies as revisionist powers.” But this isn’t really that remarkable. While it’s true that the 2008 NDS declares, “For the foreseeable future, this environment will be defined by a global struggle against a violent extremist ideology that seeks to overturn the international state system,” that’s hardly shocking given that the wars in Iraq and Afghanistan were in full swing. But even that document conceded, in the very next sentence, “Beyond this transnational struggle, we face other threats, including a variety of irregular challenges, the quest by rogue states for nuclear weapons, and the rising military power of other states.” Literally all of those remain, if in different sequence, in the 2018 version.

Similarly, the 2012 DSG mentions all the same threats. Most significantly, it takes increased notice of China’s rise, announcing the so-called “Asia Pivot.” It does, however, highlight the chief strategic blind spot of the Obama administration in its declaration “our engagement with Russia remains important, and we will continue to build a closer relationship in areas of mutual interest and encourage it to be a contributor across a broad range of issues.” That’s the only mention of Russia in the document, outshone in its wrongheadedness only by the president’s snide quip to Mitt Romney that “the 1980s are now calling to ask for their foreign policy back.”

Regardless, while the Defense Department has devoted enormous resources to fighting violent extremism in the aftermath of the 9/11 attacks, planning for war with near-peer adversaries has always been front and center—especially at the level of the service departments (Army, Navy, Air Force, and Marines), which are responsible for organizing, training, and equipping our armed forces. F-35 fighters and Ford-class carriers weren’t bought with Al Qaeda or the Islamic State in mind.

Earlier this week, Tom Spoehr rightly observes, “To have real-world value, a defense strategy must establish priorities. That requires making tough choices.” But I couldn’t disagree more with his assessment that “in this document those choices are made.” Yes, as Spoehr notes, there’s the aforementioned declaration that China and Russia pose the “central challenge.” But there’s nothing in either the document or the actions in the first year of the Trump administration to indicate that lesser challenges will receive any less attention than they have in the recent past.

While China—and especially Russia—are called out much more vociferously than in the previous two defense strategies and termed “principal priorities for the Department,” they’re also termed “long-term strategic competitions,” language very similar to those of the 2008 and 2012 documents. As to the lesser threats, “Concurrently, the Department will sustain its efforts to deter and counter rogue regimes such as North Korea and Iran, defeat terrorist threats to the United States, and consolidate our gains in Iraq and Afghanistan while moving to a more resource-sustainable approach.” Granting that one wouldn’t expect an unclassified, public-facing document to tell adversaries that they’re not a priority, it’s hard to read “sustain,” “defeat,” and “consolidate” as some sort of cutback.

Indeed, as Christopher Preble details elsewhere, aside from the standard lip service about bureaucratic efficiency (and yet another call for a Base Realignment and Closure process that Congress has signaled time and again it has no stomach for) there’s no concession anywhere in the document that there will be any prioritization at all. Indeed, it’s a veritable Christmas wish list. It declares that a “backlog of deferred readiness, procurement, and modernization requirements has grown in the last decade and a half and can no longer be ignored.” Accordingly, Mattis envisions that the 2019–2023 budget requests will call for “accelerating our modernization programs and devoting additional resources in a sustained effort to solidify our competitive advantage” across the entire spectrum of conflict. Among the highlights of the envisioned spending spree: “modernize the nuclear triad,” “investments in resilience, reconstitution, and operations to assure our space capabilities,” “invest in cyber defense, resilience, and the continued integration of cyber capabilities into the full spectrum of military operations,” “developing resilient, survivable, federated networks and information ecosystems from the tactical level up to strategic planning,” “layered missile defenses and disruptive capabilities for both theater missile threats and North Korean ballistic missile threats,” and “invest broadly in military application of autonomy, artificial intelligence, and machine learning, including rapid application of commercial breakthroughs, to gain competitive military advantages.” That’s just a sampling from one section of the wish list.

While the above assessment sounds harsh, it’s not really a criticism of Mattis or the NDS. In point of fact, everything being asked for here is perfectly in line with not only President Trump’s recent National Security Strategy (which I wrote about last month) but the last several strategy documents, including those of the Obama administration (of which I was also quite critical).

If the United States wishes to have global hegemony, then it needs to do precisely what Mattis is asking for. Being able to deter and, if it comes to it, defeat major powers like China and Russia while at the same time constraining rogue regimes like Iran and North Korea, as well as non-state actors like the Islamic State and Boko Haram, and while maintaining access to the global commons of sea, space and cyberspace, is going to require that the United States spend a whole lot more money than it’s already spending. There is little evidence, however, that there is the political will to implement massive tax hikes or cut funding elsewhere in the budget in order to achieve that goal.