The Next Generation of Terror: Swarming, Flying Bomb Robots 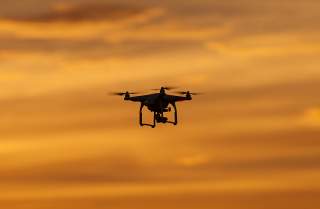 In our prior article we argued that while the United States’ overreliance on highly expansive weapon systems, particularly in its fights against terrorists and other violent nonstate actors, is from solely a military perspective the best possible option, from a broader economic, political perspective it is not viable—even self-defeating—in the long term. This argument can, in the wake of recent developments, be extended appropriately to the concept of natural security and the defense of the homeland against threats that would normally fall outside the realm of national military defense, like acts of terrorism of various scale. This article seeks to address the rise of the unmanned terrorism, and seeks to illustrate how exactly this poor man’s solution might prove so effective in challenging the notion of security, and as such the political foundation on which Western societies are largely based.

This is particularly true when it comes to providing security for societies under potential threat by “unmanned terrorism”—unmanned aerial vehicles and, possibly in the near future, other unmanned systems too, used for offensive purposes. That is, UAVs with attached improvised explosive devices or the requisite components for chemical, biological, or radiological action against both soft and hardened targets in Western states. The main problem here is defending against a poor man’s weapon, as the use of IED UAVs is an extremely cheap method of terrorism, capable of inflicting unprecedented fear. The events of 9/11 alone created lasting psychological trauma in Americans. Now we have to consider the psychological impact—the spread of fear—across the United States through potentially dozens or even hundreds of much smaller-scale aerial assaults against the U.S. homeland, from a newly contested U.S. airspace.

Protecting against IED UAVs would require wide-ranging means of security, particularly if such systems were to be used together in hybrid attack or swarming strategies in line with the terrorist and insurgent convention of a war without fronts. The threat of swarm attacks—nonlinear dispersed operations—occupies an important position in concepts about the future of warfare and terrorism. Few studies have been conducted on the effects of swarming, and fewer still on how the United States, with its current military and security forces, could successfully defeat enemy swarms. This is despite the fact that enemy swarm tactics have been used in some of recent history’s deadliest attacks, like the three-day-long Mumbai terrorist attacks, the militant assault on the Pakistani General Headquarters of the Army in Rawalpindi, and the attack on the Intercontinental Hotel in Kabul. As recently as ten years ago, in-depth research on the concept claimed that swarm attacks could not take place on the ground.

It remains to be seen if security agencies will be able to deal with the possibility of such threats. Rather than focusing solely on a single individual or small groups of militants, they will need to defend against miniature systems coming from the air, sea and land. Compared to suicide terrorism, the practice of IED-UAVs has a further benefit for violent nonstate actors, while also providing new opportunities for U.S. military and security institutions. Those conducting such strikes have the ability to strike repeatedly. In this sense, the IED UAV method is clearly easily repeated, whereas suicide terrorism is undoubtedly a one-time affair, at least for the body acting as the explosive transport.

These scenarios raise concern about security agencies’ capabilities, not only to confront these threats, but to do so while considering the financial costs involved. The development of effective countermeasures against such threats has been an area of relatively weak focus, even neglect, on the part of the U.S. military. In principle, defending against such threats would require an enormous increase in manpower, and possibly the development of a new generation of anti-unmanned systems, and the reallocation of both human and nonhuman resources. It further emphasizes the need to mobilize society to be vigilant of new threats from the air—further demonstrating how terrorism and counterterrorism have cultivated the idea of society at war. The question arises whether society would be willing to bear such costs, and possibly more importantly, what would happen if governments are not able to defend against such threats.

Could the era of unmanned terrorism mean that the Hobbesian contract of Western societies is nearing its end, as citizens, concerned with their own security, now seek to rearm themselves against those threats?