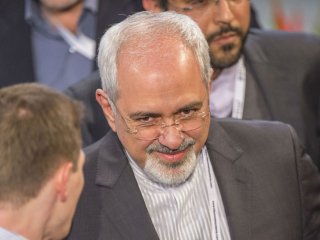 Editor’s Note: The National Interest and the Heritage Foundation have partnered for a multi-part occasional series examining various aspects of the Iran nuclear agreement. The below is part three of the series. You can read previous parts here: one and two.

Under the Iran nuclear agreement, key restrictions on Tehran’s nuclear operations will be lifted in ten to fifteen years. This makes no sense unless the Obama administration believes that Iran’s dictatorship has changed its spots and can now be trusted to uphold the nuclear nonproliferation commitments it has repeatedly violated in the past.

The administration has hinted the nuclear deal itself makes this transformation possible by somehow helping Iranian “moderates” in their power struggle with hard-liners.

But the outcome of Iran’s opaque internal power struggle is wholly unpredictable. Washington would be wise not to overestimate its ability to shape Iranian politics. At this point, the administration has an agreement with President Hassan Rouhani’s faction, which is more pragmatic than the ultra-hard-liners, but is by no means “moderate.”

Rouhani is the smiling face of the Iranian state, but Ayatollah Ali Khamenei, Iran’s supreme leader, remains the implacable kingpin of Iran’s Islamic revolution. The two have worked closely for years and continue to collaborate as a “good cop/bad cop” tag team.

Proof that Iran’s regime has not changed is the fact that it is still in the hostage-taking business. On the very day that the nuclear agreement came into effect, January 16, Tehran exchanged four innocent Americans it was holding hostage in return for seven Iranians charged with sanctions violations. The regime also released a fifth American, a student jailed for unknown reasons.

As part of the hostage deal, which the administration maintains was negotiated separately from the nuclear deal, the administration also dropped charges against another fourteen Iranians arrested outside the United States for various offenses. Such criminals-for-hostages swaps reward hostage taking. This deal is sure to encourage Tehran to seize more hostages.

IRGC vessels launched rockets within 1,500 yards of the carrier Harry S. Truman near the Strait of Hormuz in late December, and in January, flew drones over U.S. warships and detained and humiliated ten American sailors. Yes, the sailors had drifted inadvertently into Iranian territorial waters, but their vessels had the right of innocent passage. Their crews should not have been forced to disarm and kneel, much less be involuntarily filmed and exploited in propaganda videos.

In March, the IRGC launched a series of missiles, including two that were emblazoned with the message “Israel must be wiped out” in Hebrew. The leopard has not changed its spots.

Unfortunately, President Obama sees himself as a transformative figure and presumes that his engagement with Iran and the nuclear agreement are transformative, rather than purely transactional, operations.

But this is not change that we can realistically believe in.

The rewards of sanctions relief will be distributed according to the dictates of the supreme leader, who will ensure that his hard-line supporters receive the lion’s share of the economic benefits. The major beneficiaries of the many trade deals signed between Iran and foreign powers since sanctions were lifted have been giant state-owned Iranian enterprises, not the smaller private companies that might have an interest in a genuine opening to the West.

The way to encourage the emergence of a more moderate leadership is not to appease pragmatic factions, but to penalize and frustrate the plots of hardliners. Seeking détente with more pragmatic factions only enrages hardliners and leads them to provoke crises to maintain tensions and undermine their rivals.

Washington should be humble about the ability of outsiders to influence the murky internal politics inside the black box of the Islamist dictatorship in Tehran.

The search for Iranian moderates has been the holy grail of American presidents. The Carter and Reagan administrations found that the deals they thought they had with one faction were sabotaged by a rival faction.

The Obama administration’s courting of Tehran seems like déjà vu all over again. Ayatollah Khamenei ultimately decides all important issues, and he could kill the nuclear deal at any time simply by withdrawing his support.

By “engaging” Tehran without preconditions, the administration has enabled the regime to have its cake and eat it too. Iran remains the world’s foremost state sponsor of terrorism, but has been rewarded for what could be temporary and easily reversible concessions on the nuclear front.

President Obama sees himself in terms of Nixon going to China. But Washington and Beijing perceived that they had a common enemy in the Soviet Union, and they shared similar expectations of what would come out of their diplomatic engagement.

That consensus is clearly lacking between Washington and Tehran. Although ISIS is a threat to both, it is a convenient foil for Iran—one that strengthens Iranian leverage over Iraqi Shia political parties and Syria’s Assad regime. Moreover, the supreme leader has ruled out cooperating with the United States against ISIS. In fact, he blames the United States for creating ISIS.

It would be a huge mistake to count on Iran as a reliable partner against ISIS as long as Khamenei remains in power. Iran is a major part of the problem in both Iraq and Syria. It has fueled sectarian hostilities between Sunnis and Shia that created the conditions for the rise of ISIS. Tehran has acted as an arsonist, fanning sectarian flames to advance its own revolutionary goals. It cannot be trusted to put out the fire.

The genuine moderates that the administration should have engaged were crushed and imprisoned by the regime in 2009. President Obama was AWOL during that crisis, intent on unconditionally engaging the hardliners who brutally suppressed the opposition Green Movement. As a result, there is much less hope for change in Iran today.