The Odd Consequences of the Oil Price Crash 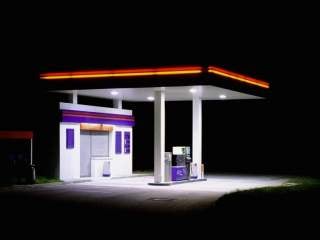 In the middle of 2014, oil traded for more than $100 a barrel. Today, it is below $35. Traditionally, there would be numerous positives from low oil prices, but many of these have yet to materialize or may no longer be relevant at all. The U.S. shale boom, one of the great American growth stories, appears to be rolling over, and the jobs are drying up. China, as it is with the vast majority of commodities, is both a dominant force behind growth, and a significant participant in its decline. And for the traditional energy power brokers in the Middle East, the harsh reality of low oil has already begun to destabilize the region.

The U.S. economy was expected to benefit from lower oil prices, but in terms of consumption growth, the effects have been minimal. Instead, it appears consumers have used the savings to pay down debt. Undoubtedly, this is positive and necessary, but it fails to show up in present growth rates. Deleveraging bodes well for future growth, but does little to thrust the present economy forward. This, of course, is a bit of a headache for the Fed—low interest rates are supposed to pull spending forward. Debt was, and remains, cheap. But instead of bingeing on cheap debt—and magnifying the effects with cheap oil—the consumer has turned the other way. This is one of the less publicized and most confounding oddities in the aftermath of the financial crisis.

Households have yet to believe that oil will remain low. Because of the rhetoric predicting a recovery in the price from the current $35 level—and the recent volatility of the price, it may take longer for households to alter their consumption habits, if they ever do.

In fact, the U.S. economy does not appear to have the same relationship it once had with high oil prices. Not long ago, higher oil prices threatened to cut economic expansions short. Now, the opposite has occurred in the United States, as low oil capital expenditures and a strong dollar have sent the industrial economy into a recession. The United States is a pseudo-petrostate, and, as oil patch capital expenditures have fallen, the job losses have quickened. Granted, the overall jobs picture is quite sanguine, and the losses in the oil patch are a mere blemish. Companies have reacted far more quickly than households and slashed payrolls accordingly. It could get worse, but the U.S. economy has experienced much of the pain from oil's downside. This leaves the American economy in an intriguing spot, in that a moderate rise in the price of oil may strengthen, not weaken, the U.S. economy.

The weakening of the yuan is having an effect on oil in two ways—it means oil is more expensive unless the U.S. dollar price falls; and it is presumed to signal a weaker Chinese economy. These two factors are working in tandem to push, and hold, crude prices lower.

OPEC recently released its growth assumptions for oil demand for the next several decades and very little growth is expected from the developed world—only 5 percent total through 2040. Emerging market economies are expected to drive the vast majority of the 49 percent predicted growth in energy demand, which equates to growth of about 1.5 percent annualized.

With most of the economic growth in the past couple decades coming from the emerging world, there are plenty of reasons to believe this will continue. But there are also reasons to be suspicious. In early 2016, the IMF reduced its projected growth rates for the global economy, and emerging markets are expected to lag. After all, many emerging market economies were built on high commodity prices, the absence of which creates headwinds for their continued growth and even their medium-term economic and social stability. Saudi and Iran’s dispute, and Russia’s general discontentment are examples of the geopolitical consequences of lower oil. These situations could flare up, especially if oil prices remain low and strain fiscal budgets. Some states have cash or a capacity to borrow beyond their rivals, and this could be the next weapon to maintain market share used by the traditional energy powers.

Commodity prices largely determine whether growth comes from the developed world or the emerging world. And oil may be the most important commodity. Until there is a high dollar, less supply, more demand, or a combination of the three, oil prices have little reason to move higher and the continued valuation of the yuan will maintain the pressure. And this has significant implications not just for the economy, but for global politics and social stability.