The Olympics Surrender to Russia on Doping 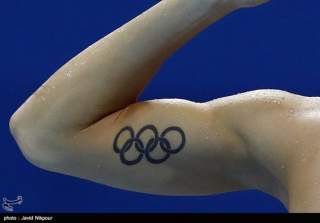 While the 2014 Winter Olympic Games culminated in great success for Russia (its sportsmen won a record thirty-three gold medals), the 2016 Rio Games are marked by a scandal of unparalleled magnitude. The discovery of massive doping violations has led to a large-scale disqualification of Russia’s sportsmen. Russian athletes are banned from competing at the Rio 2016 Olympic and Paralympic Games, while other sportsmen’s fates are left to decisions by an individual’s sports' governing bodies. Yet this story has more to do with the ethical, rather than purely sports-related, issues.

What makes the Russian story particularly scandalous is not the massive disqualifications, but the degree of state engagement in the fraud. The WADA report in November spotlighted a “deeply rooted culture of cheating” at all levels in Russia, carried out with assistance of laboratory staff, doctors, coaches and state officials. Literally all levels of Russia’s government—the Ministry of Sports, the Center of Sports Preparation, both Moscow and Sochi laboratories, and even Russia’s secret Federal Security Service—engaged in potentially the largest discovered doping fraud in sports history. The urine samples of the Russian sportsmen were either simply marked drug-free by Moscow antidoping laboratory (“disappearing positive methodology”) or replaced by “clean” urine samples collected beforehand. The scheme allegedly even involved Russian security-service officers sneaking into the labs at night to fulfill their “fatherland duty” of urine replacement.

These revelations were exposed with assistance of the exdirector of Russia’s antidoping laboratory, who fled the country out of concern for his safety following WADA discoveries. Two of his close colleagues, both ex-antidoping officials, have recently unexpectedly died in Russia.

How does the Russian public take the blow? While the degree of fraud and its state-dictated nature would lead to some serious public discussions and potential government resignation in a democratic country, in Russia no high-level official was dismissed. Russia’s head of the Ministry of Sports, Vitaly Mutko, whose name was mentioned in WADA investigations, specifically announced that he “had nothing to be embarrassed of” and called the revelations “a continuation of the information attack on the Russian sport.” Mutko’s reaction is not surprising given that most Russians blame the West, not the Russian officials, for the scandal. Russia’s social networks (even among the pro-Western liberal audiences) are filled with complaints about the “unfair” and “inhumane” decision by the International Paralympic Committee to ban Russia’s sportsmen from partaking in the Olympics. A more general spirit was voiced by Russia’s famous pole vaulter Elena Isinbayeva, who dismissed the WADA ruling as "political and one with no legal basis." Russians, one of the most sports-obsessed nations in the world, largely share Vladimir Putin’s opinion that their country was “unfairly treated”, and describe the ban as a “politically motivated strategy” of “certain Western countries” to “purposefully humiliate us”. According to a recent poll, half of the Russians thought the use of illicit drugs did not negatively affect their interest in the competition and a sense of pride on the success of their athletes.” In another recent poll only 7 percent of respondents believed that the doping accusations were true, while an absolute majority (55 percent) described it as “a politically motivated unfair treatment of Russia by its competitors”. A third of Russian respondents believed that “sportsmen from other countries use illicit drugs as well”, yet “only Russia got punished”.

This belief that “everybody is cheating,” that “everybody violates the rules,” this fundamental rejection of morality and law extends in Russia far beyond sports. Rather, such “whataboutism” is a key foundation of Putin’s system. Whataboutism is a rhetorical defense tactic popularized by the Soviet leadership that commonly met any criticism of the USSR on human rights violations with a “What about...” (lynchings in the US, apartheid in South Africa, the Hiroshima bombing, and so on). This self-defending tactic became so deeply incorporated by the Russians that today any exposed problems of the Russian society are commonly met with a “but what about…[plug in any country’s moral failing of your choice]?” A majority of Russians share a belief that laws and moral norms are violated everywhere in the world, and most Western politicians are as corrupt as the Russian ones—they just hide it better. This assumption allows the Kremlin to freely engage in all kinds of legal and moral violations. When Russia is accused of committing “an unprecedented attack on the integrity of sport & the Olympic Games”, the Russians respond that all countries do the same but only Russia is “unfairly treated” and name Yulia Stepanova, the Russian athlete who first exposed the doping violations, as a “Judas.“ When Russia’s state-owned media are caught faking all kinds of news in favor of the Kremlin, Russian journalists argue that Western media are “equally biased,” and that “there is no such thing as objective reporting”. And when Russian president Vladimir Putin annexes Crimea to commit a major violation of the international law in the last fifty years, he argues that “Western partners” were the first to break the rules in Kosovo, so Russia isn’t the one to blame. Hence such whataboutism and moral skepticism extend beyond sports alone, ultimately resulting in massive violations of international law in various areas and leading to huge costs for the whole world, Russia included.

Given that the massive fraud was committed on a state-level, Russia should have been entirely banned from participating in these Olympics. Kalman Mizsei, a former head of the EU Advisory Mission to Ukraine, says that “systemic cheating of this magnitude makes it practically impossible to distinguish between people who do and do not partake in state-sponsored, systematic fraud.” Banning Russia from Rio would also help make the Russian public aware of the massive violations, and assist in reestablishing the credibility of the whole sports enterprise. Instead the International Olympic Committee (IOC) shifted responsibility to decide the sportsmen’s fates onto individual sports federations and avoided punishing the whole country. The individual federations possess fewer resources to challenge the participation of athletes without facing huge damage claims rooted in the athletes’ rights, and hence the federations are likely to impose less severe punishments. Supporters of the IOC decision often reference the presumption of innocence, but the active engagement of the Russian state into systematic cheating of Russian athletes seriously called into question the presumption of innocence.

The IOC failure to prosecute the state—a major perpetrator in this case—will have a deleterious impact on the credibility of sporting events, some of which are already visible. Russian teams taking part in the Games fueled lots of frustration in other countries, culminating in some of Russian sportsmen being booed in Rio. Even worse, such a decision destroyed any possibility of change on the Russian side as the major violator—the Russian state—has not been prosecuted. A lack of any repentance on the Russian side was visible at the opening Olympic ceremony: the Russians brought a huge number of flags, many carrying meter-long sheets on their shoulders. Most ironically, during the opening ceremony the Russian team was headed by Alexander Zhukov, a chair of the notorious Russian Olympic Committee engaged in the state-sponsored doping scandal. In other words, the IOC allowed the Russian state to demonstrate its neglect of the international norms yet again.

One is only left to wonder about reasons underlying the IOC decision—be it an attempt to avoid a showdown with Russia or causes of more material nature given the tremendous amounts of money involved in the Olympics. Recent investigation discovered that Russia even hired a U.S. lobbying company to influence the US Olympic Committee, which ended up supporting the IOC resolution. In any case, the IOC decision gave the Russians yet another good reason to believe that the rest of the world is just as corrupt as Russia is.

Image: An Olympic swimmer in Rio. Photo by Javid Nikpour of Tasnim News Agency, CC BY 4.0.