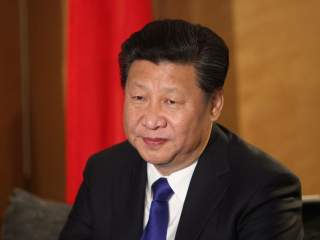 Such a strategy must start with Xi. The Chinese leader will in all likelihood be in a much more secure position after 2017. Then, not now, the status quo may seem most appealing to Xi, with further maritime adventurism seen as more of a risk than at present. Should an incident occur between U.S. and Chinese ships or aircraft, it will be then, not now, that both countries are best positioned to avoid unnecessary escalation. As such, U.S. strategy can increase pressure carefully now, but must also be prepared both for much stronger engagement and for much firmer pressure in 2017 and beyond. Washington should also anticipate that pushing too hard on Beijing this year could trigger unexpected consequences for reasons that have little to do with the South China Sea.

Over the long term, China may seek regional hegemony and an exit for America from the western Pacific. But looking at the next five years—a much more realistic timeline—pushing back hardest only after Xi is more secure at home diminishes unnecessary risks in U.S. strategy while increasing the odds of keeping things steady in the South China Sea for now.

John Richard Cookson is a senior editor at the National Interest. You can follow him @JRCookson.