The Origins of Boko Haram 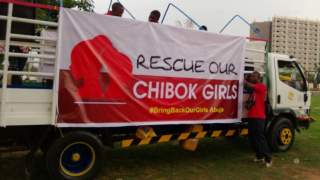 Boko Haram appeared in the consciousness of most Westerners for the first time in April of this year. But the group is not a new arrival on the scene. It has been a growing force in Nigeria for over a decade and has deep roots in the country’s social development going back even further. Its rise is not an accident and signals the emergence of a dangerous, militant religious movement that threatens Nigeria’s survival as a nation-state.

Boko Haram’s story begins with a preacher named Mohammed Marwa, born in 1927. At about age eighteen, he moved to Kano, in what is today northern Nigeria, and began a career as a preacher. His sermons were extreme and often bizarre. He raged against Western culture and its popularity in Nigeria so virulently that he became known as Maitatsine, meaning “The one who damns.” He declared that reading any book other than the Koran was sinful and a sign of paganism. This included a prohibition on reading the Hadiths or Sunnah, the doctrinal equivalent of a Catholic Priest telling parishioners not to read the works of St. Augustine because they do not appear in the Bible. Near the end of his life, he came dangerously close to declaring that he, not Muhammad, was Allah’s true prophet.

At first, Maitatsine was ignored by Nigeria’s political leaders, but as his sermons became increasingly antigovernment in the late 1970s, the government cracked down. The crackdown culminated in an uprising in 1980, where Maitatsine’s followers in Kano began rioting against the government. The city descended into what scholar Elizabeth Isichei described as “virtually civil war.” The death toll from the 1982 riots and subsequent military crackdown was over 4,000 and Maitatsine himself was among those killed.

From independence, Nigeria had experienced strife along ethnic and religious lines, but this tension had been the result of different communities fighting over resources and power. In the north, the majority of the population is made of Muslims of the Hausa and Fulani ethnic groups. In the south, the population is predominantly made up of Christians belonging to the Igbo and Yoruba ethnic groups. The fact that the country is nearly evenly divided between Christians and Muslims, and this division closely corresponds to the country’s ethnic and linguistic divisions has been a recipe for political turmoil. But religious fundamentalism has not been a defining characteristic of this strife. Maitatsine’s movement was a sign that the dynamic was changing, and the Islamic fundamentalism that was becoming more prominent in the Middle East in the 1970s was also finding a home in Nigeria.

In the nineteenth and early twentieth century, Sharia was the law of the land in northern Nigeria. Judges were still the qadis, learned Islamic scholars who sat as Islamic jurists and applied religious law, of traditional Islamic practice. When Nigeria began its transition to independence in 1960, Sharia law was almost entirely done away with as part of the Settlement of 1960. Under the Settlement of 1960, Nigerian Muslims traded away the right to impose Sharia law across the board in exchange for concessions in other areas as independent Nigeria began drafting its first constitution. Sharia now only applied in matters of personal or family relations in the north. Most Muslim leaders were supportive of the settlement, believing that discarding Sharia was essential to progress towards modernity.

Muslim opinion began to turn in the 1970s, around the time Maitatsine’s movement was gaining support. As Philip Ostien and Sati Fwatshak wrote in their book on the Sharia in Nigeria, “…by the mid-1980s the idea that Muslim consent to the Settlement of 1960 had been a terrible mistake… was widespread and firmly entrenched in the North.”

In 1999, the growing opposition to the Settlement of 1960 manifested itself in an active effort to impose Sharia law in the northern states. Nigeria adopted a new Federal Constitution that year as it made its fourth attempt since independence to emerge from military dictatorship and build a durable democracy. The Constitution of 1999 opened the door to the imposition of Sharia by granting significant power to Nigeria’s states and creating a system of appellate courts to hear appeals from Sharia trial courts. In the coming years, the northern states would take the opportunity to impose Sharia law over their territory. Today, nine of the twelve northern states are under full Sharia law and the other three are under Sharia law for civil, but not criminal, matters.

The growth in support for Sharia and for abandoning the secular aims of the drafters of the Settlement of 1960 has transformed northern Nigeria. Nigeria was always a divided country plagued by weak governance and ethnic cleavages, but today, the north and south are like two different countries entirely. It is in this context, with religious fervor growing in the Muslim north and manifesting itself in violent uprisings like Maitatsine’s, that Boko Haram was born.

Boko Haram was founded in 2002 by a group of Islamic clerics in Borno, Nigeria. Its founder, Mohammed Yusuf, was a dedicated fundamentalist, whose thinking was heavily influenced by Wahhabi theology. They wanted to turn Nigeria into a truly Islamic state by imposing Sharia law throughout the country, including imposing it on the Christian south.

In the beginning, Boko Haram was radical, but not yet violent. That changed in 2009, when Boko Haram members decided they were going to refuse to obey—of all things—a law requiring motorcycle riders to wear helmets on the grounds that it was somehow un-Islamic. The arrest of several members sparked a riot where Boko Haram had its first large clash with Nigerian police in riots that left a staggering 800 people dead.

Mohammed Yusuf was detained by Nigerian security forces and interrogated. His questioners taunted him for owning computers after he had spent years denouncing Western learning and science. After his interrogation, he was executed without trial in what the government described as a “gun battle.”

In the wake of the 2009 riots, Boko Haram turned horribly violent. Its new leader, Abubakar Shekau is an unyielding proponent of using terrorist tactics to advance his radical agenda and he has plugged Boko Haram into an international network of terrorist organizations, such as Al Qaeda. Over the last two years, Boko Haram has received training from Al Qaeda operatives on how to use explosives and execute mass casualty terrorist attacks. The growing connection between Boko Haram and Al Qaeda is alarming to observers of the region who fear that Boko Haram will begin striking outside Nigeria.

With each passing year since 2009, Boko Haram has become more violent. As an example of their increasingly senseless violence, Boko Haram has begun terrorizing motorists in the north and has used chainsaws to behead truck drivers who pass through areas where Boko Haram is strong. The aim appears to be to bring the economy in these areas to a halt by making it too dangerous to ship goods.

To finance its operations, Boko Haram has begun robbing banks, stealing enough cash to buy heavy weapons. They supplement this income with acts of piracy off the Nigerian coast and by smuggling drugs. Last year, for the first time, Boko Haram could afford to buy artillery pieces. They used these heavy weapons to begin launching attacks on military bases and police stations. Nigerian soldiers often flee from guarding checkpoints when Boko Haram fighters approach. When Nigeria’s president offered amnesty to all members of Boko Haram if they lay down their weapons, Boko Haram’s leaders responded by rejecting the deal and instead offering government leaders amnesty if they surrendered to Boko Haram.

As Boko Haram grows stronger, it becomes increasingly clear the Nigerian state cannot control the Boko Haram insurgency. Western media coverage of Africa often leaves the viewer with the impression that political violence in Africa is random, as if Nigeria had been hit by an earthquake and not a militant insurgency. But Boko Haram is not a random event. Its emergence is a direct result of rising fundamentalism in the country. The threat it poses to the region today has existed for decades. Unfortunately, it has taken the kidnapping of nearly 300 schoolgirls to get outsiders to take notice.

John Ford is a Captain in the United States Army. The views expressed here are his alone and not the views of any government agency. He is also a graduate of Loyola Marymount University and the Fowler School of Law at Chapman University. You can follow him on Twitter: @johndouglasford.