The Origins of the Republican Civil War 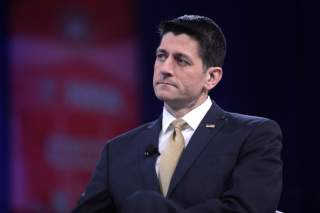 Nicole Hemmer, Messengers of the Right: Conservative Media and the Transformation of American Politics (Philadelphia: University of Pennsylvania Press, 2016), 368 pp., $34.95.

IN DECEMBER 1953, Henry Regnery convened a meeting in Room 2233 in New York City’s Lincoln Building. Regnery, a former Democrat and head of Regnery Publishing, had moved sharply to the Right after he became disillusioned with the New Deal. His guests included William F. Buckley Jr.; Frank Hanighen, a cofounder of Human Events; Raymond Moley, a former FDR adviser who wrote a book called After Seven Years that denounced the New Deal; and John Chamberlain, a lapsed liberal and an editorial writer for the Wall Street Journal. Regnery had not called these men together merely to discuss current events. He wanted to reshape them. “The side we represent controls most of the wealth in this country,” he said. “The ideas and traditions we believe in are those which most Americans instinctively believe in also.” So why was liberalism in the ascendant? Regnery explained that media bias was the problem. Anywhere you looked, the Left controlled the commanding heights—television, newspapers and universities. It was imperative, Regnery said, to establish a “counterintelligence unit” that could fight back.

In her superb Messengers of the Right, Nicole Hemmer examines the origins of conservative media. Hemmer, who is an assistant professor at the University of Virginia, has performed extensive archival research to illuminate the furthest recesses of the Right, complementing earlier works like Geoffrey Kabaservice’s Rule and Ruin. She provides much new information and penetrating observations about figures such as Clarence Manion, William Rusher and Henry Regnery. Above all, she shows that there has been a remarkable consistency to the grievances and positions, which were often one and the same, of the conservative movement over the decades.

According to Hemmer, the modern Right first took shape in the form of the America First Committee. A number of leading conservatives saw little difference between Adolf Hitler and Franklin D. Roosevelt. Regnery recollected that “both Hitler and Roosevelt—each in his own way—were masters of the art of manipulating the masses.” Indeed, in an October 1991 letter to Patrick J. Buchanan, Regnery claimed that Americans had been hornswoggled into supporting the war by “the President and those who form public opinion.” Others such as the gifted orator Clarence Manion, a former FDR acolyte, joined the America First Committee in 1941. After the war, Manion became the dean of the Notre Dame Law School and wrote a book called The Key to Peace, which argued that limited government was the key to American greatness, not a quest to “take off for the Mountains of the Moon in search of ways and means to pacify and unify mankind.” While serving in the Eisenhower administration, he also became a proponent of the Bricker Amendment, which would have subjected treaties signed by the president to ratification by the states. Eisenhower demanded his resignation. An embittered Manion, Hemmer writes, concluded that columnists such as James Reston, Marquis Childs, and Joseph and Stewart Alsop had effectively operated as a united front to ruin him.

Everywhere he looked, the media—newspapers, network radio and television news, magazines, and journals—all seemed locked in a liberal consensus. . . . If conservatives were going to claw their way back in from the outside, they were going to need to first find a way to impair and offset liberals in the media.

In 1954, the Manion Forum of Opinion, which aired on several dozen radio stations, was born. It soon became a popular venue that allowed Manion, who was cochair of a political party called For America, to inveigh against the depredations of liberalism and preach the conservative gospel.

Manion was not alone in his crusade. Hemmer ascribes much importance to the founding of the newsweekly Human Events in 1944. Its backers consisted of what she calls a “veritable reunion of America Firsters.” Three years later, Regnery created his own publishing house. One of his early offerings was a book by Mortimer Smith called And Madly Teach that appeared in 1949. It warned parents about the laxity of modern education. The book that made a real splash, however, was Buckley’s God and Man at Yale, which was published in 1951 by Regnery. Here was the first of many tracts seeking to foment a culture war by assailing what would come to be known as political correctness at America’s leading universities.

In 1954, Buckley and Brent Bozell, who married Buckley’s sister Priscilla, published with Regnery McCarthy and His Enemies, which hailed Sen. Joseph McCarthy as a savior for ferretting out Communist treason at the highest levels of government. The National Review crowd saw Dwight D. Eisenhower and his administration as dangerously soft on the Red Menace. William Rusher was thus incensed by Vice President Richard Nixon’s speech attacking McCarthy in March 1954 and dropped out of Republican party politics to become a “redhunter” in the Senate before joining National Review as publisher in 1957.

Hemmer maintains that Soviet premier Nikita Khrushchev’s 1959 visit to America, which Buckley and others condemned, marked a

pivotal moment in the shift from conservative anti-interventionism to conservative hawkishness. While the ostensible goals of the anti-Khrushchev campaign meshed with the nationalism of the early 1940s and 1950s—the refusal to extend diplomatic ties, the focus on preserving America rather than rolling back the Soviet threat—after the Khrushchev rally the movement took a decidedly hawkish turn.

By 1960, Manion demanded that the United States outlaw Communism, reject arms control and revoke diplomatic recognition of Communist governments. According to Hemmer, “for conservatives who believed coexistence was capitulation, these actions were seen as vital to victory over communism.”

HOW CONSERVATIVES might reconcile their demands for a bellicose foreign policy with small government was never successfully resolved during the Cold War. At best, Buckley could declare that it was essential to subordinate the latter to the imperative of the former. America’s very existence, after all, was at stake. Another latent tension existed between Buckley’s enthusiasm for Tail Gunner Joe and his aspiration to create an intellectually sophisticated conservatism. In the early 1960s, Buckley and Rusher clashed over the appropriate stance toward the John Birch Society, which was founded in 1958 by the wealthy businessman Robert Welch. Welch contended, among other things, that Eisenhower was a “conscious, dedicated agent of the communist conspiracy.” Welch, Hemmer reports, had intimate ties to other conservative outlets, including owning a number of shares in Regnery Publishing. Buckley served on something called the Committee Against Summit Entanglements, which Welch chaired. The John Birch Society’s effusions began to attract considerable attention in the popular press by the early 1960s, and were creating divisions among conservatives. Rusher, who wanted to cultivate the conservative base, declared that he had no interest in “a widening war upon nationally-known conservative personalities for whom I have feelings of friendship and respect.” Buckley disagreed. In a 1962 editorial titled “The Question of Robert Welch,” National Review described his writings as “false counsels.” A brouhaha ensued. In Hemmer’s view, “The Welch editorial frayed the connections that had built the closely knit worlds of postwar conservative media and the conservative movement and opened gaps that would only grow wider over time.”

Rusher’s role has previously been perspicuously explored by Jeffrey Hart in The Making of the Conservative Mind and by David B. Frisk in If Not Us, Who? A good case could be made that he understood conservative apprehensions and the future of the movement more acutely than did Buckley. Rusher was not concerned with whether National Review was right about a particular issue. What mattered was whether or not a particular position advanced the fortunes of the conservative movement. Failure to cultivate good relations with it, he admonished his fellow editors, would ensure that the magazine turned “into a colorful, followerless eccentricity, or (almost as bad) into the only other thing left: bondage to the main line of the Republican party.”

Arizona Sen. Barry Goldwater’s run for the presidency in 1964 formed the crucible for the conservative movement. Rusher and the canny political strategist F. Clifton White laid the groundwork for the draft Goldwater movement. In 1960, Brent Bozell ghostwrote Goldwater’s manifesto The Conscience of a Conservative. The liberal, eastern establishment was Goldwater’s bête noire. Goldwater offered an excellent vehicle for conservatives who, like Rusher, had long disdained the notion of bipartisanship, which they saw as “one of the fundamental flaws in postwar politics, particularly because it had congealed around nonconservative policies.” At the same time, activists such as Phyllis Schlafly, who wrote the bestselling A Choice Not an Echo, rose to prominence. Schlafly wrote that shadowy elites were carrying out “a hidden policy of perpetuating the Red empire in order to perpetuate the high level of Federal spending and control” that would enrich them.

After Goldwater flamed out, conservatives regrouped. When Nixon won the presidency, Buckley was quick to claim credit. He announced, “There are those who believe that but for National Review’s role in the election, the slim lead of Richard Nixon would not have materialized.” Rusher, by contrast, was eager to drub Nixon for not being conservative enough. His moment arrived after Nixon announced in July 1971 that he would travel to China. Buckley and other leading conservatives issued the so-called Manhattan Twelve statement suspending support for Nixon. Rusher, Manion and others supported Ohio congressman John Ashbrook’s bid for the presidency in the 1972 Republican primary.