The Palestinian Authority: The Next Arab Failed State? 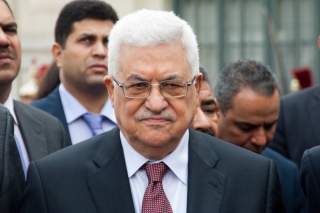 After twenty years of support, with combined agencies providing the highest per capita funding ever given to a state or population, the Palestinian Authority (PA) has failed to construct the infrastructure required to establish a functional, sustainable quasi-state. Beyond the longstanding exogenous concerns of Hamas seizing the Gaza Strip in 2007, and Israel’s actions in Area C and in the policy arena (which certainly bear some burden of responsibility), we explore the future potential of this ongoing failure, following Michael Eisenstadt’s observation about the “four Fs”—fawda (chaos), fitna (extreme, violent internal strife), falatan (lawlessness) and fassad (corruption). It is vital to consider the role of a failing state in the context of a region struck by upheaval and harmed by a rise in the number of failing states, especially considering the risk of weak states generating yet more no-man’s-land in the regional and global struggles between Shia and Sunni Islam, or perhaps even between moderate Sunnis and Salafi-jihadist Sunnis.

After its 1994 formation in the Oslo Accords as a semi-state entity, the PA has seen two decades of turbulence. In 2016, 95 percent of West Bank residents are living under PA control in Areas A, B and B+; one hundred thousand Palestinians live under Israeli control in Area C. From the Palestinian perspective, after its foundation the PA certainly represented the foundation of a future Palestinian state. Hamas’s 2007 seizure of the Gaza Strip resulted in a divide with the West Bank, precipitating a severe political crisis. The shifting reality demonstrates the emergence of not only two separate political, geographical and cultural entities, but of rival elements, given Hamas’s opposition to a PA presence in Gaza and its efforts to undermine the PA in the West Bank. Despite this, it is clear that by the time of the Hamas takeover, the PA had failed in some of the most basic state functions.

Khalil Shikaki’s 2014 report, summarizing comprehensive work by experts who examined the PA’s situation and the implications of its collapse, presents a fairly abysmal picture. The report stressed that although most Palestinians view the PA as a national achievement, many doubt it is actually fulfilling its two main objectives: a means of gaining Palestinian independence, and the construction of state institutions. In addition, the report indicates growing concern about the PA’s ability to survive, sustain legitimacy, provide services to Palestinian citizens and cope with crises. Some within the international community are warning of another Syria, Libya or Yemen emerging in the Middle East. Shikaki’s report warns of the immediate results of a failing Palestinian state, including a total collapse of law and order. This would be followed by the collapse of the private sector, water and electricity infrastructure, courts, and the healthcare and school systems, which would lead to a dramatic increase in poverty and crime rates, and further descent into falatan and fitna.

The PA’s failure to develop as an independent, functional and stable entity is most clearly demonstrated through the deep rooted deficiencies within its institutions. The notoriously undeveloped economy, admittedly affected by its lack of open access to the arable land and water supplies of Area C, are reliant on the international community, through donations but also through its reliance on Israel for the collection of tax receipts within PA territory (due to Paris Protocol). For a state to rely on an exogenous tax collector presents a clear inability to provide basic social and infrastructure services, something that continues despite the $4 billion received since 1994 for development, as 75 percent of this went toward salaries. Governmental corruption, characterized by blatant nepotism, has existed in the PA since its establishment. Even if it tapered off to some extent, its scope is still negatively affecting economic development. In a 2013 report by Middle East Monitor, it was found that $2 billion from the total amount of aid transferred to the West Bank and Gaza Strip has disappeared without a trace. Governmental corruption in the PA is a feature, as senior PA officials turned the PA into a source of income for themselves and their cronies. The culture of chaos and corruption, or fawda and fassad, has become normalized.

The failing-state phenomenon is not about to disappear from the international arena, says David Reilly, and clashes between functional, well-off nations and failing states are inevitable. Organizations exporting violence and terrorism to well-off, functional nations to generate instability operate in and from failing states even when they lack common borders. Globalization, technology and access to state weapons arsenals, including WMDs, allow those organizations to use international terrorism to sow chaos with relative ease and at low cost. Therefore, as Reilly quoted from President Bush’s 2002 National Security Strategy, “weak states, like Afghanistan, can pose as great a danger to our national interests as strong states.” This insight is equally valid for Syria and Iraq, where the Islamic State has become both a regional and international threat, as well as the Gaza Strip controlled by Hamas, from where terrorism is exported to the Sinai Peninsula, Israel and the West Bank. While the Palestinian security apparatus in the West Bank has developed and improved, it is still incapable of enforcing governing authority throughout PA territory. Although some Palestinian refugee camps serve as organizational bases for Hamas and other armed groups, Palestinian security services are afraid of taking action there, and thus avoid operating in them with any regularity or resolve.

As with all failing states, the expansion of ungovernable frontiers have allowed the entrance and activity of external actors that further destabilize stateness, multiply chaos and export violence and instability in Palestine, with the PA seen as a center for regional security risks, particularly to Israel, Jordan and Egypt. While failing states are hardly groundbreaking, the problem assumed a new dimension with the outbreak of the Arab Spring that created a new type of insecurity. An analysis of the features of the political and social structures of the PA shows a gradual trend toward becoming another one of the region’s “blank spaces denoting lawlessness.” Indeed, the reality reflects clear symptoms of state failure that are similar to certain symptoms in failing and collapsing Middle East states following the Arab Spring.

It is unrealistic to think that developments would be very different without the intervention and support of the international community in the process of building the Palestinian state in a way that would ensure a reasonable quality of stateness. The international community cannot ignore the failing-state phenomenon, because of its influence on regional and global stability. The region must seek to avoid further collapse, as abstinence from action will only allow the trend to continue. However, action must be carefully considered to avoid unconstructive ideas being poorly implemented, through swift decisionmaking and meticulous attention to the lessons of the past. The PA, whose condition is not as severe as that of Syria, Libya or Yemen, could serve as a positive example of intervention.

The process of Palestinian state-building must rest in part on the assumption that the reconstruction of failing states also requires great focus on reconstructing society in tandem with the reconstruction of the regime and its institutions. Reconstruction of failing states must be driven by the reshaping the power structure from the bottom up, based on the understanding that an unrepresentative, illegitimate power structure is part of the problem. Addressing this whilst ensuring widespread legitimacy requires a redistribution of state assets and political clout. Cumulative experience proves that foreign involvement can prove to be necessary and helpful in reconstructing the regime and building the state. A balance must be struck between international trusteeship driven by an international task force, a concept likely to be seen as a postponement to the realization of an independent Palestine, and the independent handling of the matter by the PA, where experience demonstrates little hope.

The case of Palestine requires an unflinching, honest look at more than two decades of a political process in which the Palestinians have failed to build a functioning state entity. The two Palestinian semi-states in the Gaza Strip and the West Bank are experiencing a dangerous process of state failure, and the international community is helpless in stopping it. Without an organized, persistent, painstaking and responsible state-building process in which Israel plays an important part—a process one that insists on addressing the entire gamut of reasons for the current state of affairs in the PA, thereby stopping if not reversing state failure—it seems that there is no real hope for these entities’ development into functioning states, whether on their own or as a single Palestinian state. Furthermore, it is necessary to take a sober look at the regional realities in the wake of various upheavals, which have exposed the complexity and risk inherent in the failing-state phenomenon.

The challenge now facing the PA, Israel and the international community is to dispel the prevailing doubt that the Palestinians will one day be able to build a modern, functioning nation-state even with international help.