The Perils of an EU Army 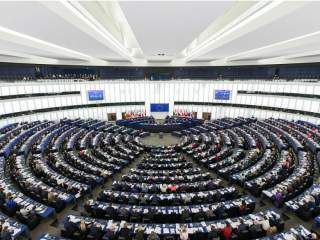 The French poet Paul Valéry observed in 1927 that “Europe visibly aspires to be governed by an American commission.” Although we may agree that this was the major goal of Europe after World War I, intellectual elites on the continent gradually became fed up with living in the shadow of America, and truly believed that the only way to prevent its decline and regain a leading role on the world stage was to become the United States of Europe.

On June 25, 1950, South Korea was invaded by its northern neighbor, an act perceived in the West as a possible precursor or diversion to a Soviet attack on western Europe. In the light of this threat, the United States began to think about deploying troops in West Germany. But not many European leaders were happy with the idea of seeing Europe’s recent oppressor rearmed. France’s foreign minister Robert Schuman made it clear during the French parliamentary debate on the North Atlantic Treaty that West Germany must remain unarmed. Nevertheless, in December 1949, Konrad Adenauer said that he could foresee a “German contingent in the army of a European federation, under European command.”

Winston Churchill, concerned with the possible revival of Germany’s military capabilities, made a speech in the Consultative Assembly of the Council of Europe that unfortunately gave him a reputation as the “inventor” of the modern idea of a European army:

“There must be created, and in the shortest possible time, a real defensive front in Europe. Great Britain and United States must send large forces to the Continent. I have already made my appeal to Germany. France must again revive her famous army… All…must bear their share and do their best… we should make a gesture of practical and constructive guidance by declaring ourselves in favour of the immediate creation of a European army under a unified command, and in which we should all bear a worthy and honourable part. Therefore…I beg to move that: The Assembly…calls for the immediate creation of a unified European army subject to proper European democratic control and acting in full cooperation with the United States and Canada.”

Equally worried about the events in Korea and the possibility of the United States putting West German divisions in NATO under the unified command of Eisenhower, Jean Monnet decided that “the federation of Europe would have to become an immediate objective. The army, its weapons, and basic production would all have to be placed simultaneously under joint sovereignty.”

Indeed, France feared a resurgent Germany, and on October 24, 1950, René Pleven announced the French plan to the French National Assembly. Though he expressed the country had a right to contribute to European security, he also argued that there was now a need for a European army:

“The creation, for our common defence, of a European Army tied to political institutions of a united Europe… The army of united Europe, composed of men coming from different European countries, must, as far as is possible, achieve a complete fusion of the human and material elements which make it up under a single European political and military authority… The participating States which currently have national forces at their disposal would retain their own authority so far as concerned that part of their existing forces which was not integrated by them into the European Army… The European force placed at the disposal of the unified Atlantic Command would operate in accordance with the obligations assumed in the Atlantic Treaty…to invite Great Britain and the free countries of continental Europe…to work together.”

This led to Europe’s most far-reaching defense proposal yet: a 1952 plan to create the European Defense Community (EDC).

Today, sixty-three years after the failed attempt to organize a European Defense Union, the matter has gained relevance again.

In March 2015, the European Commission chief called for the creation of an “EU joint army” that would “react credibly” to any external threat and defend the bloc’s undefined “values.”

“An army like this would help us to better coordinate our foreign and defense policies, and to collectively take on Europe's responsibilities in the world,” President Jean-Claude Juncker said in an interview to Germany's Welt am Sonntag newspaper. “A joint EU army would show the world that there would never again be a war between EU countries,” he added.

Juncker’s plans has been supported by the German Defense Minister Ursula von der Leyen, who told Deutschlandfunk radio station that a “European army is the future,” and President of the European Council Donald Tusk, who noted that Europeans should consider “a new and more ambitious defense and security policy,” and “not only as part of NATO.”

So it doesn’t come as a surprise that on December 27, during an interview published in the German newspaper Bild am Sonntag, Germany Federal Finance Minister Wolfgang Schäuble said that “we will have to spend a lot more funds for joint European defense initiatives…[as] ultimately our aim must be a joint European army.”

Schäuble also noted that the funds required to maintain and organize twenty-eight separate armies could be used “far more effectively together,” and stressed that controlling the crises in Africa and the Middle East requires stronger European engagement.

The plan also doesn’t seem to take into account that the EU’s twenty-eight countries have different security interests, which appear to be very difficult to reconcile, and that “an EU army could potentially in the long run push the Americans out of Europe and create tension with NATO,” as has been noted by Dr. Richard Wellings, deputy editorial director at the Institute of Economic Affairs in London. The opinion has been echoed by the British Minister for Europe, David Lidington, in the House of Commons, who has said that the “British Government do not share the view that a European army would be helpful or necessary,” as it believes “that NATO is and should remain the centrepiece of our collective defence and security arrangements.”

However, the most significant fact is that the creation of a European army would require the loss of national sovereignty, as each EU member state would no longer be able to individually decide how to use its own national army. Instead, all member states would have to reach an agreement by unanimity, or a decision would have to be made by a qualified majority vote; a long decision process could end up weakening a common EU force and limiting its effectiveness.

As the European Union is heading towards “ever closer union,” the plan of creating Europe’s army has to be perceived as a long-term project aiming at creating a federal state. The Frankensteinian idea, which seems to be only opposed by the British, who like no one else know the very important difference between the planned copy and the original: as Margaret Thatcher rightly noted, unlike America, Europe is “the product of history and not of philosophy.”

Adriel Kasonta is an Editorial Board Member at the Central European Journal for International and Security Studies, and Researcher on the Europe Desk at Wikistrat. Mr. Kasonta is also a member of the Conservative Party (UK), and former Chairman of the International Affairs Committee at the oldest conservative think tank in the United Kingdom–The Bow Group (2014-2015).