The Plan Taiwan Needs to Defend against China 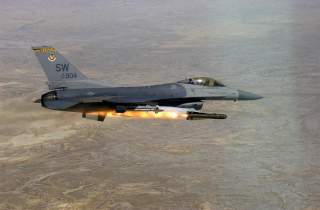 After eight years of relative calm in the Taiwan Strait, Taiwan turned a page in its history on May 20, when Tsai Ing-wen of the Taiwan-centric Democratic Progressive Party was sworn in as president. While it may be premature to argue that the cross-Strait relationship has now entered a new, and possibly more conflict-prone, era under Tsai, we must nevertheless keep in mind that the military option to impose unification was never obviated by Beijing, and that as its power grows that option may look increasingly inevitable. Therefore, as the Tsai administration performs the onerous act of balancing between stability in the Taiwan Strait and meeting the expectations of its China-wary citizens, it must continue to prepare against the eventuality that China could resort to force of arms to break the status quo.

Although not exhaustive, the following discussion looks at a number of areas that will be key to Taiwan’s ability to defend itself against external aggression in the coming years. This article, moreover, takes it for granted that Taiwan has experienced and internalized a doctrinal transformation whereby victory in the military sense no longer implies the defeat, if not annihilation, of its opponent, but rather focuses primarily on countering limiting scenarios while strengthening its deterrent capability against more escalatory measures by its opponent. In other words, Taiwan realizes it could not possibly challenge the People’s Liberation Army symmetrically and expect to emerge victorious; instead, the main aim of its national defense strategy is—or should be—to ensure that Beijing does not resort to force in the first place.

To do so, it will have to bolster its capabilities and preparedness in the following areas.

A layered air-defense architecture acts as the first line against kinetic action by the PLA. At present, the Taiwanese military arguably has the necessary means to protect key civilian and military infrastructure against a limited missile strike by the Second Artillery Corps, the branch of the military that controls China’s ballistic missile force, both conventional and nuclear. While Taiwan does not have—and likely never will acquire—the wherewithal to defend itself against a major, multi-vectorial and sustained missile strike against a vast array of facilities, the purpose of its air defense system is in reality far more realistic: it is primarily aimed at taking the option of coercive military strikes or leadership decapitation off the table. Its current fixed SAM arsenal of ten U.S.-made Patriot batteries (forty launchers) and ten domestically produced Tien Kung “Sky Bow” III batteries (sixty launchers) are at the forefront of such efforts, with deployments near major urban centers and other key facilities in the north and south of Taiwan. According to analysts, one Patriot unit is capable of intercepting twenty-four targets at a time with a success rate of 90 percent. Those capabilities are augmented by fixed SAM PAC-2 and TK-I/IIs, as well as sea-based Standard Missile 2 (SM-2) air defense systems, with short-range systems deployed at various military bases as a final layer of defense.

There is no doubt that China could attempt a “knockout punch” against Taiwan’s SAMs by overwhelming its air defense sites and using longer-range ballistic missiles than the SRBMs that the Patriot was designed to counter (e.g., DF-15, 16 and 21). However, such saturation attacks—between five and fifteen missiles per Patriot radar, for example—would constitute a major escalation on China’s part, as would a simultaneous or sequential air attack by the PLA Air Force (PLAAF), which would likely result in large amounts of collateral and international opprobrium. It should also be noted that the number of SRBMs needed to successfully overwhelm Taiwan’s air defense is contingent on the circular error probable (CEP) of the missiles involved. According to a recent report by the RAND Corporation, a total of forty-one ballistic missiles with a CEP of five meters would be needed to disable Taiwan’s air bases; that number would rise to 105 at a CEP of twenty-five meters and 155 at a CEP of forty meters. Besides the escalatory nature of such a massive missile strike, China has yet to demonstrate is ability to conduct simultaneous launches on such a scale.

For the incoming administration, the best strategy will be to improve upon the redundancy and survivability of SAM radar and launcher sites on Taiwan proper and offshore (outlying islands), hardening targets, and building up non-ground-fixed SAM capability (e.g., sea-based SM-3), so as to force even greater escalation should China attempt to knock out Taiwan’s air defenses, C4ISR sites, government buildings and key infrastructure, as well as naval and air bases. The key isn’t to successfully defend against the entirety of the Second Artillery Corps’ 1,000–1,200 SRBMs, hundreds of MRBMs and PLA cruise missiles and PLAAF capabilities, but rather to close the door on the option of limited strikes with the assumption that the need for escalation creates its own deterrent.

Closer intelligence cooperation with U.S. and Japanese assets in the region will also be crucial to increase situational awareness and preparedness. The United States could also contribute to Taiwan’s air defenses by agreeing to sell it Terminal High-Altitude Area Defense (THAAD) systems, which were recently deployed in South Korea.

Should relations between Taiwan and China deteriorate such that Beijing feels compelled to invade Taiwan (for example, Taiwan declares de jure independence, which President Tsai has vowed she will not entertain), an amphibious assault would be the most feasible option for China, as this alone would provide the “lift” necessary to transport personnel and equipment across the Taiwan Strait. Although an airlift following the PLAAF’s securing control of the air corridor in the Taiwan Strait is possible on paper, the amount of cargo aircraft that would be needed to accomplish such a mission will remain beyond China’s capability for the foreseeable future. Thus, given the lack of land access to Taiwan, the PLA’s only option would be amphibious.

Consequently, Taiwan should continue to invest in land-, sea- and air-based antiship/area denial and counter-landing capabilities, with greater emphasis on dispersibility. This can be accomplished by outfitting small attack, low-radar-signature vessels with antiship missiles (e.g., Hsiung Feng-2/3) as well as increasing the number of road-mobile HF-3 launchers across Taiwan proper as well as on outlying islands. Coupled with the deployment of ground-based one-to-two-hundred-kilometer ASM capability in Japan (Okinawa and Ryukyu islands) and/or in the Philippines, land-based antiship missiles in Taiwan and on its outlying islands would, as the RAND Corporation stipulates in a recent report, “effectively deny all naval traffic south of Okinawa” and “significantly limit” all naval traffic in the Luzon Strait. The Tsai administration should explore such options with the United States, Japan and the Philippines, while making sure that such an architecture would only be activated in case of major escalation or outright aggression by the PLA.

The area-denial strategy should also be accompanied by efforts to augment observation, surveillance and tracking capability via radar, unmanned aerial and sea-based vehicles as well as low-orbit sensors and intelligence sharing.

A key component of Taiwan’s ability to deter an amphibious assault or naval blockade by China will be its submarine capability. After years of stasis and the refusal of the United States to sell it advanced diesel-electric submarines, which the United States no longer produces, Taiwan has finally decided to embark on an Indigenous Defense Submarine (IDS) program. Since Taiwan has no experience designing or building submarines, it will perforce need assistance from abroad. Progress has been made in this respect since 2013, and sometime last year the United States is believed to have given the “green light” for efforts to proceed, with U.S. defense firms given permission to play a role—especially for fire control and onboard weapon systems.

With an estimated cost of US$3 billion per boat, the IDS program will be the most ambitious defense endeavor in Taiwan’s recent history. Consequently, it will be essential that every phase of the project is handled properly and that the tasks are assigned to the most suitable contractors. Industry sources indicate that success for the program would in part be contingent on leadership at the Ministry of National Defense, preferably by appointing someone from the navy to head the MND. The Tsai administration instead appointed the seventy-one-year-old Feng Shih-kuan, a former Air Force officer and chairman of Aerospace Industrial Development Corp (AIDC) from 2006–08.

According to industry sources, the Tsai administration and MND will also need to ensure that the right outfit is picked as the “prime” contractor for the project. So far the DPP seems fixated on making China Shipbuilding Corp (CSBC), which has no experience designing submarines, the prime contractor for the multibillion-dollar project. Industry experts are of the opinion that Ship and Ocean Industries (SOIC) under the Ministry of Economic Affairs should take the lead, with a suitable chairman appointed by the president.

Although Taiwan has expressed interest in Japanese submarine-building capabilities, Tokyo reportedly refused to hold talks on the matter while president Ma Ying-jeou of the KMT was in office. The DPP’s closer ties with the Abe government could create dynamics that are more conducive to such dialogue in the near future, especially in the wake of Japan’s failed bid to build submarines for Australia. According to industry sources, while the direct sale of submarines to Taiwan would be out of the question given the impact on Sino-Japanese relations, an alternative option would be for Japan to “retire” and “loan” Japanese technicians during the design phase of the IDS program.