The Politics of Chinese Credit Risk 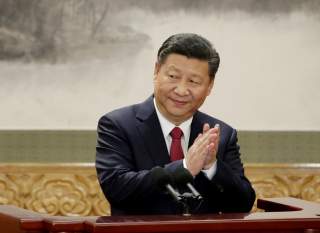 “To exactly solve the problem of corruption, we must hit both flies and tigers.” - Xi Jinping

In December this past year, Chinese lender Citic Bancorp warned that the high-flying conglomerate, the HNA Group, was having trouble paying its considerable short-term debts. After building a $40 billion pile of investments around the world largely funded with debt, HNA seems to have reached the end of its ability to grow further, both in financial and political terms. Western investors and banks have recently begun wondering whether the Chinese government will come to the rescue.

HNA symbolizes China’s schizophrenic approach to economic growth: an on-again, off-again roller coaster which reflects the changing political priorities of the country’s communist leaders. Whereas in 2016 China’s leaders allowed and even encouraged Chinese investments offshore, both by companies and individuals, since last summer the situation has changed. President Xi Jinping is reasserting the government’s control over the economy. And perhaps the highest priority for China’s rulers is reining in the overheated financial sector symbolized by firms like HNA.

Think of HNA Group as a Chinese version of Softbank, but with considerably less transparency and more debt leverage. The firm exploded onto the global financial scene several years ago, acquiring New Zealand’s largest financial services firm and stakes in companies such as Hilton and Deutsche Bank. It ostentatiously hung its name on office buildings in major world financial centers. HNA created its own aircraft leasing company, Avolon, to compete with global banks in this lucrative financial market. Incredibly, it even acquired SkyBridge Capital from hedge fund manager Anthony Scaramucci before he briefly joined the Trump administration last summer.

The public face of HNA is Adam Tan, who is identified as its chief executive officer and co-founder. The company’s ownership and corporate structure remains shrouded in mystery, however, causing investors increasing disquiet. To fuel its growth, HNA aggressively leveraged existing assets to fund the purchase of new ones, the Financial Times reported last summer, a process known in Chinese as “a snake swallowing an elephant.”

Ratings agency S&P has cut the company’s debt rating deep into junk territory, causing some analysts to predict that the firm will eventually default. There has been talk of asset sales to deleverage and pay down debt. But the key question is whether the founders of HNA, which started off as a regional airline, have lost the political support of China’s leaders.

“There has been a lot of commentary focusing on the notion that China is deleveraging,” notes Leland Miller, CEO of China Beige Book. “China is not deleveraging right now, at least in terms of where it really counts, the corporate sector. What is happening is a crackdown on certain shadow products across the financial sector. The government is clamping down on instruments it thinks are running amok, such as wealth management products, trust products, negotiable certificates of deposits, and others.”

Miller notes that he expects there to be some high profile defaults in China during the coming months. It is critical that Beijing sends the message that people can and will lose money when they invest blindly into the shadow banking system, he notes. “They have to eviscerate the idea that the Great Chinese Government Backstop continues to remain in place.”

Many foreign investors and corporate managers find it convenient to believe that firms like HNA are private companies that are similar to their western counterparts. But in fact, all businesses in China are ultimately subordinate to the Chinese Communist Party (CCP) and Xi Jinping. Last summer, Chinese regulators began restricting liquidity to acquisitive Chinese firms, Reuters reports, ordering a group of lenders to assess exposure to some of the more aggressive dealmakers. These include HNA, the property-to-film conglomerate Dalian Wanda and Anbang Insurance Group.

Foreigners also like to believe that the party will support companies such as HNA when they get into financial trouble, but in fact the decision of whether to bail out an insolvent bank or company is ultimately political. HNA’s roots are also political, as a June 2017 feature article in the Financial Times makes clear, but this could ultimately lead to the firm’s undoing.

When Xi Jinping ascended to become the unquestioned leader of the CCP and co-equal with Mao last year, his coronation marked the conclusion of a “anti-corruption” campaign to systematically destroy any potential rivals in the party apparat. Insecurity drives Xi’s relentless focus on abolishing alternative sources of economic and political power: his father, Xi Zhongxun, was persecuted during the Cultural Revolution, and Xi was for many years shunned because he was deemed “not suitable” to be a member of the party.

Now firmly in charge of both the CCP and the Chinese military and police, however, Xi appears intent upon remaking China’s economy in his own image and deemphasizing foreign influence via increased party control over “private” companies. When Xi proposed his “Thought on Socialism with Chinese Characteristics for a New Era”—the opening phrase of his report to the CCP congress last year, he was starting a process of economic and political reform that is ultimately designed to focus power into his hands indefinitely. And this new stage of the “reform” process will be focused on domestic firms such as HNA as well as foreign companies with roots in China.

“The [anti-corruption] campaign was aimed at the public sector; it cleaned out a rotten bureaucracy and helped Xi to wrest power from China’s provincial barons and powerful figures in the military,” writes Qi Gua in The London Review of Books. “It looks as though the next five years will see it extend to the private sector, and the first task will be to bring the tech giants to heel.”

He continues: “The government is now proposing to increase its stake in our big tech monsters, Alibaba, Tencent and Baidu. According to Bloomberg, it already has holdings in Tencent (0.8 per cent) and Alibaba (1.3), but wants to acquire another 1 per cent in each: an approach they’ll find hard to refuse, even though the objective is to penetrate the two companies and oversee every key decision they make. Mao called this steady infiltration ‘mixing the sand into the hardened soil.’”

As Xi prepared to take control of the CCP, China began to tighten capital outflows in the second half of last year. This change in the official tolerance for foreign investments has slowed the hectic pace of dealmaking by domestic companies looking to scoop up overseas assets. The imponderable question for foreign investors, banks and companies with exposure to HNA is whether China’s leadership views the Hainan-based conglomerate as an ally or a threat. The same analysis must be done with respect to other Chinese companies with significant foreign participation.

So long as China’s banks are willing to work with HNA to restructure its debt and sell off assets, then the company is likely to survive. But any such analysis must recognize that, more than ever under Xi Jinping, it is the CCP representative that ultimately validates the decision by the bank’s management.

If Xi Jinping finds the continued existence of HNA to support his political objectives, particularly the renewed focus on investment in China, then it is likely that China’s state-controlled banks will continue to be constructive when it comes to unwinding HNA’s massive pile of debt. If not, then HNA may be pushed into a forced restructuring that will mark a further confirmation that China’s leadership has changed the way in which views foreign investments by corporate “tigers.”

Image: China's President Xi Jinping claps after his speech as he and other new Politburo Standing Committee members meet with the press at the Great Hall of the People in Beijing, China October 25, 2017. To match Special Report CHINA-RISK/SHADOW BANKING REUTERS/Jason Lee/File Photo