Is the Populist Right Winning Its Pressure Campaign Against Syria Strikes? 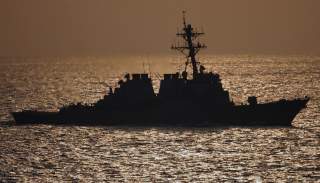 If President Trump launches retaliatory air strikes against Syrian dictator Bashar al-Assad, he risks a revolt from some of his core supporters, particularly in the conservative media.

Are their complaints actually influencing Trump or are they simply an expression of frustration with the administration?

Secretary of Defense James Mattis on Thursday said “we are not going to engage” in the Syrian civil war. However, on the issue of chemical weapons use he notes that “some things are simply inexcusable.”

Earlier Thursday morning, the president’s language was far more equivocal than it had been (but still seemed to indicate some sort of strike, at some point, was inevitable).

Still, the language was pared back from his tweets on Tuesday and Wednesday and, notably, was focused on the Islamic State group and not Assad. The president also heavily implied most of the United States’ work in Syria was already mostly done.

“Never said when an attack on Syria would take place. Could be very soon or not so soon at all! In any event, the United States, under my Administration, has done a great job of ridding the region of ISIS. Where is our ‘Thank you America?’” Trump tweeted Thursday.

The Right’s Revolt Against Syria Strikes:

Many of the prominent intellectual influences on Trump’s rise, some still in the building at the White House, are either wary or outright hostile to new strikes against Assad.

Based on my conversations with several of these people, the mood against striking Assad is far more hostile from this contingent that it was last spring, when the U.S. pursued similar action in response to chemical weapons use.

Tucker Carlson, the keynote Fox News host, “the populist paladin of primetime” and perhaps now the most prominent opponent of neoconservatism in America, launched into an extraordinary opening monologue Monday night on the subject: not only did Carlson decry the possibility of airstrikes, but he openly questioned, in no uncertain terms, the emerging intelligence consensus that Assad is to blame.

“All the geniuses tell us that Assad killed those children,” said Carlson. “But do they really know that? Of course they don’t. They’re making it up. They have no real idea what happened. Actually, both sides in the Syrian civil war possess chemical weapons. How would Assad benefit from using chlorine gas last weekend? He wouldn’t.”

“In 2013, when the Syrian civil war was still in its early days, one onlooker weighed in on Twitter,” Carlson said. “‘We should stay the Hell out of Syria. The ‘rebels’ are just as bad as the current regime. What will we get for our lives and billions of dollars? Zero.’ … Of course you know who wrote that: Donald Trump. He was right. That’s one of the reasons he got elected.”

Others are also flummoxed by Trump’s foreign policy tergiversations. Ann Coulter messaged me yesterday: “How is President Trump different from President Rubio, President Kasich or President Jeb! -- other than we got Jared & Ivanka! WHEW! I guess there's less criminal prosecution of conservatives under Trump than there would be under Hillary.”

A source close to the White House told me that this is a  “huge test for the president’s commitment to America First---because Syria is not a vital national security interest of the United States.” An administration source in a message to me openly questioned why Assad would use chemical weapons after essentially winning the war.

Nigel Farage, friendly with both the president and former White House chief strategist Steve Bannon, indicated this week: “Look I don’t know whether Assad used chemical weapons or not. I don’t know why he would given he is winning the war anyway.”

He added: “But even if we knew it was him, and we decided we are going to attack military bases, attack the palace, if the result of concerted action with us, the Americans and the French results in the overthrow of Assad, is that the right thing for us to do?” He has also appeared on Fox with such a message.

Laura Ingraham has addressed the matter on her show, as well, at the 10pm slot. On Tuesday she tweeted: “Interesting that most Syrian Christians are overwhelmingly against more US airstrikes in their country and believe they’ll prolong this horrific civil war.”

Tomi Lahren, one of the most prominent -- if not the most prominent -- Fox hosts under the age of age of 35 closed her show on Tuesday with this: “It’s time for final thoughts. Wouldn’t it be nice if we could remove Bashar Assad from power, unify Syria, keep ISIS and al-Qaeda out, and tame Iranian influence in the region? It sure would. But this is the real world, and the last thing we should do is continue our involvement in another Mideast disaster.”

It’s a remarkable development, especially for a network that once largely supported the Iraq war under George W. Bush.

As left-wing journalist Glenn Greenwald tweeted, tacitly defending Fox: “As Trump prepares to bomb Syrian Govt targets (again), 2 of the loudest media voices against it are Tucker Carlson & Laura Ingraham (sorry, just a fact). For all the talk about ‘state TV,’ were any similar levels of dissent aired on MSNBC about Obama's various bombing campaigns?”

Could the pressure campaign be working? It is remarkably similar to the one pursued by many of these same figures, namely Carlson, Coulter and Bannon, that earlier this year pushed the president back toward the hard right on immigration.

After Mattis’ statement Thursday, a source in this milieu texted me: “Victory?”