The Pretensions and Delusions of Trump's Republican Haters 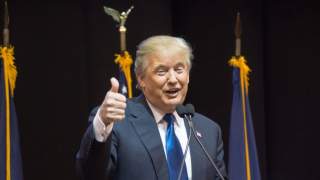 Every week seems to bring a new set of Republican grandees announcing they won’t support Donald Trump for president. Inevitably, each announcement is accompanied with much hoopla about Trump’s failure to unify his own party. Almost never discussed, however, are the absurdities surrounding the defections, or the delusions and pretensions they reveal about the GOP’s Trump haters.

Let’s begin with the glaring absurdity that many of Trump’s most vocal Republican detractors—those who insist he is disastrous for the party—do not themselves have a whole lot of credibility with the GOP base. Most prominent among such detractors is Mitt Romney, the party’s 2012 presidential nominee, who waged a noisy but unsuccessful campaign to stop Trump in the primaries and continues to lambast him at every opportunity.

It was only four years ago that the Republican grassroots spent much of the 2012 GOP primary cycle seeking the non-Romney. They perceived Mr. Romney as insufficiently—or insincerely—conservative on major social issues such as abortion and gay marriage, and on the all-important election issue of Obamacare.

When the primaries ended, Mr. Romney benefited from the very party unification he now opposes, but he appears altogether oblivious to the hypocrisy of his current position.

Even stranger are Republicans who have endorsed Democratic presumptive nominee Hillary Clinton. Whatever Trump’s flaws (and he has many), openly supporting a woman with decades of crookedness and corruption is a far-fetched way of advancing America’s interests.

In case anti-Trump fever and Republican sanctimony have clouded Hillary’s distinguished record of dishonesty, here is a reminder of her latest scandals.

-The failure to protect Americans under terrorist attack in Benghazi on September 11, 2012, and apparent misrepresentations to the victims’ families afterwards about the cause of the attack.

-The pursuit of personal enrichment by peddling influence to foreigners through the Clinton Foundation during and after her time at the State Department.

-A criminal investigation by the FBI for the gross mishandling of classified information through the use of a private email server as Secretary of State. Though the FBI has recommended against prosecution, it has concluded that she was “extremely careless” in the handling of “very sensitive, highly classified information.” Furthermore, the FBI’s assessment contradicted her previous assertions that she had “never sent or received any classified material.”

Any of these controversies is reason enough to conclude that Hillary is unfit to serve. That Democrats have coalesced around a career liar is their choice to make, but Republicans are not obliged to join them. Those who have often justify their decisions by leveling criticisms at Trump’s style, rhetoric and policy proposals, but they should not be allowed to indulge in the delusion that a woman whose behavior has been deceitful and harmful to U.S. national security is somehow a superior choice.

Furthermore, how many former senior Republican officials really hold the keys to the hearts of today’s Republican voters? It is not even clear that many of them have any real affection for the GOP base or for modern conservatism’s core principles. Anyone hyping their defections to the Hillary camp overestimates the firmness of their original allegiance to the Republican Party—not to mention the impact that a handful of Beltway-insider defections might have on ordinary voters.

Yet the real absurdity actually surfaces among another group of Republicans who plan to vote for Hillary: various neoconservative foreign-policy thinkers. They justify their opposition to Trump by claiming that their preference for foreign interventionism is the true conservative way. It is decidedly not, and Republican primary voters have wisely rejected their approach in 2016.

Predictably, Iraq was the painful deciding factor. Like Trump and like most Americans, GOP voters view the Iraq War waged under President George W. Bush as a complete disaster. By contrast, neoconservative types see the real mistake as not being fully committed to the venture and fighting the war on the cheap.

Without wading into the intricacies of modern neoconservatism or even naming the school of thought, Trump has denounced its excess and ridiculed its failures. In his foreign-policy address, Trump made clear that he will not surround himself with “those who have…very little to brag about except responsibility for a long history of failed policies and continued losses at war.” A number of those at the receiving end of Trump’s comments have decided to support Hillary.

That is their prerogative, but others should not share the delusion that the excesses of neoconservatism—which eschews time-honored conservative principles such as prudence—are somehow a superior representation of conservatism.

Away from those who harbor mere pretensions for conservatism, there are real conservatives who refuse to accept Trump. Notably, columnist George Will, a model of conservative intellectualism on the right, is quitting the GOP out of disgust. Will, like numerous fair-minded conservatives, has concluded that Trump is a racist. Many others believe Trump to be a sexist and misogynist as well.

But folks advancing such arguments are simply wrong. On controversies involving groups ranging from women to Muslims to Hispanics, Trump has resorted to plenty of inflammatory rhetoric but he is not the bigot the media and his critics portray him to be. On women, though Trump may be boorish and unpresidential, he is an equal-opportunity offender who is as tough on—or perhaps as nasty to—women as he is to men. On the temporary Muslim ban, Trump is raising tough questions about Islamic governments and Muslim communities that are decidedly not peaceful.

On Hispanics, Trump’s proposal for building a wall on the southern border is a response to Americans who wish to see tighter border security and an end to the flagrant violation of U.S. immigration laws. That is far more respectful of voters’ wishes than the drumbeat from prominent Republicans—ranging from Sen. Marco Rubio (R-FL) to Speaker Paul Ryan (R-WI)—for one form of amnesty or another.

However unnecessary and unconventional Trump’s comments have been, conservatives must not forget that the Left is in fact the hotbed of real racism in modern America. Leftists are the ones who have systematically discriminated against students by race in university admissions. They call it affirmative action. They are the ones who insist that every black, Asian, Hispanic, Native American, or other person of color play a role as a token to provide a distinctly ethnic or racial perspective—and that perspective is inherently a liberal one. They call this diversity. Leftists are the ones who have given America political leaders who are afraid to speak tough truths about foreign religions, even when terrorists perpetrate horrific attacks against Americans in such a religion’s name. The Left’s politicians and cadres not only pretend that religion has nothing to do with radical Islamic terrorism; they behave as if every terrorist attack in America calls for an apology to the Muslim-American community. This is their version of religious tolerance.

Conservatives believe in none of this nonsense, but at the moment, a few too many seem to loathe Trump far more. They decry his style and say his bigotry makes them look bad, but they fail to connect the dots: Trump’s undisciplined bombast and outbursts in fact take a sledgehammer to the paradigm of identity politics that permeates every aspect of American society.

For far too long, instead of fighting back against this disgraceful yet powerful paradigm, conservatives have meekly succumbed to its prevalence and insidiousness. Conservative politicians, some of whom may well be slightly racist and sexist, have had neither the credibility nor the sensibility to challenge the prevailing orthodoxy. Trump is immune to these concerns. In fact, his unique brand of anti-political correctness denies even legitimacy to the Left’s edicts on race, gender, sexual orientation and religion.

Conservatives should embrace and assist this candidate. Opting to vote for a crook is not an exercise of conservatism. For the real conservatives who have threatened to stay home on Election Day, it is time for them to look beyond Trump’s style and at the big picture. Conservatism requires allies and spokesmen of all kinds, and Trump is a much more natural and effective one than they have imagined him to be.

Ying Ma is deputy director and senior strategist of the Committee for American Sovereignty, a pro-Trump super PAC. She is also the author of Chinese Girl in the Ghetto, a chronicle of her family’s journey from Communist China to inner-city Oakland, California.