The Price the Fed Paid for Peace 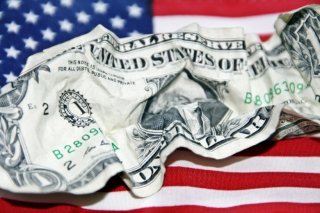 The Fed is in the middle of a debate of its own creation: How do policy makers approach a slow growing U.S. economy? Given its mandate, the Fed has had little choice but to undertake QE and maintain a “zero interest rate policy” (ZIRP) since December 2008. And from the perspective of the Fed, the United States has weathered the storm well thus far. Now, as the world focuses on the timing of the Federal Reserve’s rate increase and the end of ZIRP, the Fed will have to consider the price it has paid for its interventions. It may be that without beginning to normalize policy—quickly—the Fed will have limited its ability to influence the economy in the future.

There are two principal reasons for this: demand exhaustion and excess (aggregate) supply.

Exhaustion and saturation is a product of a limited capacity by governments and individuals to consume. Inspired by low interest rates, governments and consumers have leveraged themselves, and are in no position to reaccelerate their consumption patterns. In the United States, debt service payments as a percentage of income are hovering near record-low levels. But consumer debt levels in the United States continue to increase. A significant amount of the borrowing is related to student loans, which cannot be reduced through the bankruptcy process. Low interest rates have helped to refinance and lower the ongoing burden of the obligations, but there has been minimal deleveraging. This is not merely a U.S. phenomenon. Lower rates have pushed the cost of carrying debt down virtually everywhere.

For the Fed, demand exhaustion means a zero interest rate policy will do little to spur further economic activity from consumers. Even with interest rate–sensitive sectors, there are disparate outcomes: Autos have recovered well, but housing has lagged. Demand exhaustion reduces the efficacy of the Fed’s interest-rate tool, and forces a reconsideration of how to fundamentally steer the U.S. economy in coming cycles.

More worrying is the possibility of excess aggregate supply. When interest rates are low, the hurdle is also low for investment returns, which encourages investment in marginal and speculative projects. This, in turn, leads to increases in supply—sometimes beyond what the market would typically bear—leading to a glut. Ironically, a supply glut can have deflationary effects. Though much of the argument for the Fed maintaining its zero interest rate policy has been to spark inflation, a significant amount of capital chasing marginal projects adds future deflationary pressures to the economic system.

The U.S. oil patch is an example of how the excess aggregate supply dynamic works. One consequence of easy monetary policy is a weaker currency. The Fed has been on an easy money path for the majority of this century, and though interrupted on occasion, the dollar has been generally falling in value against major currencies. Because commodities are generally priced in dollars, the weaker dollar pushed oil prices higher. This was good news for those in the oil patch, and even better for those exploration and production companies that relied on debt to fund their operations. The U.S. oil industry boomed as high prices combined with cheap financing and new technologies, dramatically altering the supply curve.

And this is why excessive time at ZIRP could be a problem. The U.S. shale boom was successful enough to alter the geopolitics of oil and create an entirely new regime. Simply, oil was expensive enough to drill in marginal places and debt was cheap enough to take the risks. Now, oil prices have fallen dramatically—a deflationary force.

The U.S. economy has survived the financial crisis. In a world with few catalysts to compensate for the slowing of China and the emerging world, even the U.S. economy’s slow growth is enviable. But the price may have been the Fed’s ability to successfully intervene in the future.