The Prince and Politics Behind a Saudi Aramco IPO 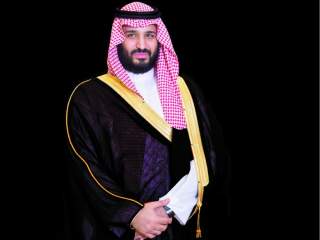 Last week, Prince Mohammad bin Salman, the Saudi deputy crown prince, created shock waves when he told the Economist he was “enthusiastic” about the possibility that Saudi Aramco, with the world’s largest oil reserves, might be privatized. Such a move would throttle the global energy industry and lead to the creation of a company some estimate would have a larger market capitalization than Apple, ExxonMobil, Berkshire Hathaway and Google—combined. Last Friday, Aramco issued a carefully worded press release confirming it is studying options to list “an appropriate percentage of the Company’s shares and/or the listing of . . . its downstream subsidiaries.”

There is certainly a logic to privatizing Aramco. The Kingdom depends upon Aramco for nine-tenths of its government revenue, and last year’s oil price collapse starkly demonstrates the need for long-term economic diversification. Prince Mohammad mentioned his desire to improve Aramco’s transparency and root out corruption. The Economist reports that Aramco’s holdings include a fleet of jets, soccer stadiums and a hospital system for 360,000 people. A 2012 Citigroup report suggested that if “Saudi Arabian oil consumption grows in line with peak power demand, the country could be a net oil importer by 2030.”

Nonetheless, we suggest you not hold your breath.

Although several years of sustained low oil prices would be devastating, Saudi Arabia is currently well-positioned to weather the storm—the Kingdom’s public debt is among the lowest in the world and it retains hundreds of billions of dollars of foreign reserves. With oil prices at twelve-year lows, a fire-sale of Aramco hardly seems the best way to maximize returns. Futures markets suggest general perceptions that oil prices will not stay low forever.

Aramco is famously secretive, and for years there has been speculation that its proven reserves may be less than claimed. Assessment of Aramco’s value by public markets might require the disclosure of any relevant audits of Saudi oil fields, which rumors suggest may have been conducted quite recently in secret. An IPO would require the company to show a level of transparency unprecedented in its history, and frankly, just as unprecedented for the ruling family.

So, what might be driving the prince’s comments? On the one hand, a public float of a significant portion of Aramco shares could give more international financial actors a stake in the continued stability of the Saudi petroleum complex at a time when the Kingdom’s role in the oil market and its longstanding relations with the United States are under great scrutiny. A small IPO—say of only 5 percent of the company—would be sufficient to create an implied valuation of the company as a whole, giving the Saudis a real, quantified asset as the foundation of their energy hegemony. The paradox, of course, is that the smaller the IPO, the less credible it would be in achieving Mohammad bin Salman’s stated goal of reducing opacity and corruption in the company. One option being vetted is that of listing the company’s downstream assets, including new advanced mega-refineries in Saudi Arabia itself. This may look attractive at first glance, but investors would have to ask themselves how comfortable they feel owning infrastructure that may go underutilized depending on non-commercial strategic aspects of Saudi Arabia’s oil policy, such as maintaining a “spare capacity” buffer that artificially restricts the supply of crude available to domestic refineries.

Prince Mohammad has accumulated tremendous influence in the year since King Salman inherited the throne, serving simultaneously as defense minister, the head of the country’s economic council, and his father’s favorite son. But while the monarchy is absolute, the monarch’s power is not. Unlike in Jordan or Morocco, where most executive authority is vested in a single individual, power in Saudi Arabia is dispersed through both formal government positions and informal networks of shifting alliances among a royal family that numbers in the thousands. It is precisely because the privatization of Aramco would increase the Kingdom’s financial transparency that many of these lesser royals would oppose such a move, since it would likely lead to diminished wealth and power to the family’s cadet branches over time.

Thus, a historic decision to sell the family jewels would require enormous coalition-building efforts behind closed doors. King Salman is in his eighties, reportedly not in great health and likely the last of the sons of Abdul-Aziz—modern Saudi Arabia’s founder—to rule. A decision of this magnitude probably requires sufficient time for a next-generation leader, like Prince Mohammad or his cousin, Crown Prince Mohammad bin Nayef, not only to ascend the throne but also to consolidate their power once in office.

In short, while privatizing Aramco makes considerable sense over the long run, it is exceedingly likely that a large-scale IPO will not happen, neither now nor in the next several years.