The Real Benghazi Scandal Everyone Is Missing 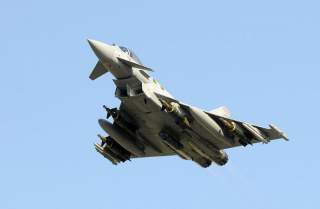 The conventional story of Hillary Clinton’s eleven hours of testimony before the House Select Committee on Benghazi is that she bested her Republican foes. They came off as hackish inquisitors rehashing old issues in a failed effort to produce a scandal or a gotcha video clip harmful to her presidential campaign. Poised by contrast, Clinton won on points, if only for endurance. Her camp will cite it as evidence of her presidential qualification: her persistence, competence and scrappiness.

That story is probably right, but Benghazi as a campaign kickball distracts us from the fact that it was a tragic result of a foolish war, one which Secretary Clinton championed. If a tenth of the scrutiny Congress devoted to Benghazi went to the administration’s case for bombing Libya in 2011, that case would collapse. The flaws in the case were clear then, and Libya’s postwar disintegration, of which Benghazi’s chaos was symptomatic, just makes them clearer. The real scandal is the U.S. war in Libya and Congress’ failure to exercise its war powers and interrogate its rationales.

Secretary of State Clinton, along with President Obama, made three major arguments for supporting Libya’s rebels in 2011. One was that a rebel victory over the Gaddafi government would make Libya a liberal democracy. Another was that by supporting Libya’s rebellion, the United States and other outside powers would show willingness to stand up for other rebels and Arab spring protests against Middle Eastern dictators. Convinced of U.S. resolve, those dictators would give ground to the democratic movements rather than crush them. The third argument was humanitarian: by aiding the rebels we would protect civilians, especially in Benghazi.

None of those claims made sense at the time, and they have aged poorly. Today Libya is illiberal and chaotic. Clashing militias rule. Though Clinton continued to brag about Libya’s democratic transition in Thursday’s hearing, its two competing national parliaments convey neither meaningful power nor protections to the “people” Secretary Clinton was so eager to aid. According to Human Rights Watch:

Human rights abuses are rampant in Libya, a country in crisis and divided under an internationally recognized government in the east, and a self-proclaimed one in Tripoli. Since the outbreak of serious fighting in 2014, warring factions were responsible for killings, unlawful detentions, looting, and burning civilian property in what amount to war crimes. Hundreds of thousands remain displaced. Unidentified assailants killed hundreds of activists, journalists, politicians, and members of the armed forces with impunity. Extremist militias summarily executed people and killed civilians in major attacks.

Libya’s postwar deterioration should not be a surprise. As scholars argued in 2011, Libya lacks the prerequisites that tend to produce liberal government, and military interventions in civil wars generally produce continued instability, not successful democratic transitions.

The notion that bombing on behalf of rebels would cause other tyrants to give way to popular movements is even less sensible. History suggests that resolve does not so easily travel, and tyrants like Bashar al-Assad do not see western intervention in Libya as precedents for their countries. But if they did take lessons from Libya, it was to crush dissent before it invites outside help and they wind up like Gaddafi—being brutally murdered on YouTube as the U.S. Secretary of State jokes: “We came; we saw; he died.”

The argument that intervention saved civilians is more credible. But there is no evidence that Libyan government forces were poised for genocidal rampage. Despite committing various war crimes, Libya’s military did not engage in wholesale murder in rebel areas it captured in 2011. Nor did Gaddafi threaten civilians in Libya with “genocide, with hunting them down like cockroaches,” as Clinton said last Thursday, echoing prior administration claims. Gaddafi said he would hunt down rebels like cockroaches.

Moreover, as Alan Kuperman argues, foreign intervention in Libya, by prolonging the civil war, likely produced more deaths than Gaddafi’s victory, which was likely in the absence of intervention, would have. The postwar collapse of the state greatly adds to the humanitarian toll of intervention. That too was predictable. Like Saddam Hussein in Iraq and the Assads in Syria, Gaddafi’s tyranny held together a weak state, lacking the institutional and ideological coherence that westerners often take for granted. Ousting his regime produced political violence likely to endure, at the expense of Libyans’ wealth, health, and life spans. The virtues of overthrowing such tyrants do not include humanitarianism.

It would be foolish to blame U.S. intervention in Libya directly for the September 11, 2012 attacks in Benghazi that killed Ambassador Chris Stevens and three others Americans. But the attacks grew out of violent disorder that U.S intervention encouraged.

Republicans, especially Illinois’ Pete Roskam, attempted in last Thursday’s hearing to pin Clinton with responsibility for the Libya war, noting that she sought credit for it in 2011. But Roskam made this point only to allege she was slow to call the Benghazi attack terrorism because she didn’t want her accomplishment tarnished. No one in the hearing linked Benghazi to the failure of the war.

That’s because the war was bipartisan. Congressional Republicans, who generally attack the Obama Administration for insufficient militarism, almost all supported the war. In 2011, when the administration evaded Congressional approval for the Libya War—Secretary Clinton argued that U.N. approval was sufficient—the Republican Congress acquiesced. Democrats are mostly too busy defending Obama and Clinton at the partisan barricades to indulge any dovish inclinations they might have vis-à-vis Libya.

With no one in power motivated to criticize the wisdom of the war, arguments for it escape scrutiny. The consequence is not just an absence of accountability. Today a bipartisan chorus, including Clinton and her Republican critics, makes similarly fatuous claims in pressing for stronger efforts to aid Syria’s rebels.

Clinton’s steadfast militarism was evident in her opening statement Thursday:

We have learned the hard way when America is absent, especially from unstable places, there are consequences. Extremism takes root, aggressors seek to fill the vacuum and security everywhere is threatened, including here at home.

If anyone on the Committee disagreed with this suggestion, that the lesson of Libya is that we need to intervene more often or thoroughly, they didn’t say so. No one asked for a limiting principle or about the implication that United States needs to send in troops to Libya today.

The Benghazi hearings were worse than a partisan witch hunt. They were an exceedingly narrow one. The real problem in our foreign policy is not partisanship, but the bipartisan consensus that produces reckless military adventures and fails to learn from them.

Benjamin H. Friedman is Research Fellow in Defense and Homeland Security Studies at the Cato Institute.