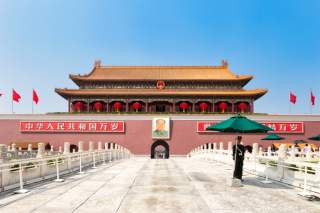 Beijing will host the APEC leaders' summit on November 10-11. Among the many set piece theatrics of the 20th edition of the leaders' meeting is likely to be an announcement about the establishment of the Asian Infrastructure Investment Bank (AIIB). The Bank is a Chinese initiative intended to help finance Asia’s massive infrastructure needs. Most of the region's developing economies have signed up, but the more advanced economies are not sure. While the language used to describe their hesitation is largely technical—concerns about capitalization, governance structures and processes—the underlying reason that South Korea, Japan and Australia are uncertain is strategic.

The United States has, until very recently, been actively discouraging its allies and partners in the region from participation. Publicly, the United States is critical of the proposed bank, because it argues it would undermine the existing multilateral institutions that support development infrastructure, like the World Bank and the Asian Development Bank. In the words of a U.S. official, the AIIB would create a “race to the bottom” in environmental, governance and other standards. But the United States is also uncomfortable with the fact that the Bank would give China another platform to advance its interests. Here, U.S. concern is perhaps warranted. The AIIB is only the latest example of a steady stream of initiatives in which China is trying to create a regional international environment that is more conducive to its interests.

China's rise has been made possible by a conducive international environment. The U.S. military presence kept the regional power balance stable while Asia's states got on with the business of domestic economic development. But now that China is once again a power of the highest rank, it is no longer content to operate within an international milieu that it feels has been organized by others to reflect their values and interests. It has now embarked on an effort to change that order into one with which it is more comfortable.

On the economic front, this is evident not just in the AIIB, but China's active participation in other multilateral banking arrangements, perhaps most notably the BRICS development bank. There are similar moves afoot in trade. The Regional Comprehensive Economic Partnership, Beijing's retort to the TPP, from which it has been excluded, seeks a region-wide preferential trade deal, while a series of bilateral agreements allow it to set rules which best suit its commercial interests. One could even argue that the China-ASEAN free-trade agreement signed in 2002 was a first step in this direction. Given the size and scale of the Chinese economy and the relative importance of China for virtually all economies in Asia, Beijing's efforts to shape the broader rules of the regional economic game have a good chance of success in the longer run.

The creation of the Shanghai Cooperation Organization in 2001 was initially an effort to provide stability to the post-Soviet Central Asian space and to curtail transnational forces taking advantage of the region's porous borders. Since then it has evolved to become a platform for the larger geopolitical ambitions of the membership. And if, as anticipated, the SCO expands to include the observer states, its footprint and impact would decisively increase. But it was in the underreported 4th Conference on Integration and Confidence Building Measures in Asia (CICA) held in May 2014 in Shanghai where China's ambitions on the political and security front were made clear.

Xi Jinping's speech opening the conference set out China's vision for its three-year chairmanship of what has hitherto been a remarkably low-profile body. He made several thinly veiled swipes at the U.S. role, describing its rebalance as an attempt to gain security for itself at the expense of others and describing its approach as “outdated thinking.” In contrast, he said that China would strengthen CICA's institutions to promote a more “inclusive” approach to security in which the United States had no place. Moreover, he promised that CICA would be a platform on which to build a distinctly Asian security architecture. CICA has a very large membership spanning the entirety of the Asian continent from South Korea and Brunei in the east to Egypt and Turkey in the West. And it is this diverse membership that China argues gives it an unrivaled representational that justifies it becoming the central pillar of the region-wide security system.

Of course it is early days, and many of these efforts remain embryonic. The existing economic and strategic order is still largely intact, albeit it is beginning to fray in places, perhaps most notably in the South China Sea. But there is a discernible trend in which China is slowly and deliberately using its growing power to create a new set of international arrangements in Asia. Exactly what China is trying to create is not yet clear, but some of the underlying aims are in plain sight. China seeks to be at the center of a regional economic and political order marked by a strong commitment to what could be described as the “traditional” values of international relations: sovereignty, noninterference and the maintenance of existing borders, as understood by China. It is an order in which the United States is not especially welcome and in which the liberal values that have become so vital to so many have no place.

Many in Washington and elsewhere believe that China's rise can be incorporated into the existing economic and strategic arrangements. This may be technically the case, but in China's active order building efforts, it is making very clear that it has no interest in joining a world that it perceives, rightly or wrongly, as one made in Washington serving American interests. The wrangling over the AIIB is a skirmish in a much larger contest for the basic shape of Asia's emerging regional order.