The Real Lesson of MH17 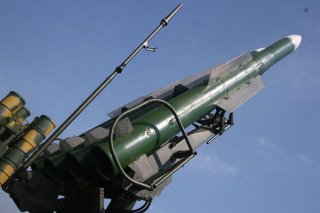 Crossing Murphy’s Law with the law of unintended consequences produces this: If the worst possible thing can happen it will, and it will probably happen to you. When the Soviet Union was occupying Afghanistan, we armed the Taliban on the always-dubious theory that the enemy of my enemy is my friend. In the great sweep of human history, it did not take long for the enemy of our enemy to become our enemy. This seems to offer yet another law: Never replace an occupier whom you are trying to get rid of.

The circumstances are much different, but twenty-first century Ukraine could well turn out to prove as troublesome to Putin’s Russia as Afghanistan was to both Russia and the United States. By arming the insurgent rebels in eastern Ukraine, quite possibly with long-range surface-to-air missiles that brought down Malaysian Airlines Flight 17 with a catastrophic loss of civilian lives, the Russian strategy, such as it was, has come home to roost with a terrible jolt.

The Putin government took a gamble on controlling the pro-Russian Ukrainian insurgents and lost. We may or may not ever know the exact circumstances that produced this tragedy. But there is a better than even chance that a Russian-manufactured SA-11 (Buk) battery inserted into rebel-held territory in eastern Ukraine fell into the hands of operators, drunk or sober, who convinced themselves they had the authority to launch against any blip on the radar screen. An even greater nightmare for the Russian government is the possible involvement of one or more Russian military operators controlling the missile battery.

In a more civilized world, leaders who acknowledge that war is hell would take that truth seriously and not play around the edges. Clearly, we have moved beyond if not below the conventional nation-state wars of the eighteenth through the twentieth century into an area of conflict not charted since the rise of the Assassins in the eleventh century. Stateless nations, or so-called nonstate actors, play by their own rules which are no rules at all. In an age of high technology, automated weapons systems, long-range radars, and so forth in the hands of modern-day assassins, if the worst possible thing can happen—it will.

Present day insurgents, rebels, terrorists, ISIS, renegade drug lords, arms-trading mafias and freelance pirates are children with hammers in fine-glass factories. You don’t have to wear a uniform anymore to be in danger in this age of random warfare. This fact requires a greater degree of responsibility and accountability on the part of nation-state leaders to resist the temptation to stir up ethnic nationalists, separatists and radical fundamentalists for the simple purpose of achieving hegemony over contiguous states.

Even if the Ukrainian-Russian separatists appealed to Moscow for support, it should now be clear to the Putin government that things can get badly out of hand. But there is a lesson here for all, including for the United States. Our clandestine services could arm anticommunist insurgents in various venues around the globe during the Cold War. But we risked blowback, things getting out of hand and the possibility that insurgent success could produce a repressive government labeled “made in the USA” every bit as repugnant as the uncooperative government it replaced. There are plenty of instances where exactly this happened.

Post-MH17, the new watchword must be: Consider the possible worst outcomes if you choose to dabble in destabilization. There are consequences beyond your control and they will be under the international magnifying glass of instant media. At this writing, it seems incontrovertible that blame for MH17 is landing right on the Kremlin’s doorstep. Blame will be heaped upon Vladimir Putin at length and at leisure and it will take some doing for his government to work its way back into a position of respect at the tables of international diplomacy.

But, lest we gloat there is a lesson here for all. Consider all ramifications, including long-term ones before succumbing to the temptation to engage covertly in civil conflicts, let alone back-alley brawls, even if it seems expedient to do so at the time. Think long term. Consider all consequences—including improbable ones like rogue missile batteries that bring down civilian airliners. It is not totally out of the question that, under similar circumstances, this could have been a U.S. missile launcher in the hands of renegade warriors who acquired it thirdhand in the massive international arms market.

Enough for today are the evils thereof. The Russians will have to live with the consequences of their heavy-handed manipulation of their neighbor. There are few, if any, secrets anymore (even before Edward Snowden). It is tempting to guess that there is a good deal of finger pointing and chairs kicked over in Kremlin offices these days. Someone’s head will roll. But unlike in the past, dating to Ivan the Terrible, the head will still be attached to the unlucky body.