The Real Lesson from the London Attack: Perfect Counterterrorism Is Impossible 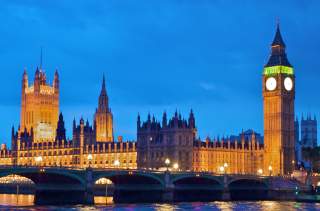 The grounds surrounding the Palace of Westminster are some of the most iconic in all of London. Tourists from around the world flock to the area on a daily basis, knowing that deep inside Westminster, members of Parliament are duking it out and shouting at one another with their distinguished British accents.

That wasn’t the situation today. The streets and yards that are normally bustling with people were on complete lockdown by London’s Metropolitan Police. A car, zooming at high speed on Westminster Bridge, rammed into a crowd of pedestrians before the driver jumped out of the vehicle and started stabbing police officers near the parliamentary complex. Police eventually shot the assailant to death, but not before at least three people were killed and twenty others were injured. Convinced this was far more than a random rampage with no discernible motive, Scotland Yard decided to treat the incident as a terrorist attack.

There are still a lot of aspects to this story that we don’t know. Was the attacker directed by Islamic State operatives in Syria to carry out this attack? Is the suspect a returnee from Syria? Was this another case of a lone-wolf sympathizer urged on or inspired by the group’s propaganda to take matters into his own hands, but without any further guidance? Are there any accomplices in London that helped the attacker carry out his operation? Did UK intelligence officers have any inclination whatsoever that something like this was going to happen? We don't know the answers to any of these questions.

Yet we do know one thing, and it’s incredibly distressing from the standpoint of Western counterterrorism services and the people who live under their protection: terrorism like this is impossible to prevent.

No amount of resources, manpower, intellectual brilliance, intelligence relationships with foreign counterparts, or sophisticated technology can stop a single human being from doing something destructive to other human beings. The needle-in-the-haystack metaphor is one used all too often nowadays, but on this particular problem, it’s an apt metaphor to repeat: discovering and disrupting one evil individual from millions of law-abiding people before he or she decides to launch an attack is about as easy as interdicting every pound of cocaine coming across the U.S.-Mexico border. Even the most professional intelligence services and police departments in the world—and GCHQ and Scotland Yard are undoubtedly included in that club—can’t be right all of the time.

The problem is that the global counterterrorism community isn’t composed of a bunch of robots, but instead of imperfect human beings who do the best they can with the budgets and personnel they have. Clues get missed, and perpetrators who are planning attacks hide among their fellow citizens before striking at the last moment. And when an attack is successful, Western governments are quick to cast aspersions on the intelligence community for getting it wrong, labeling them incompetent or derelict in their duty to keep the country safe. We’re told that they failed to “connect the dots.”

The attack today in London shows quite vividly that this entire cycle is misguided. Whether we like it or not, terrorism is a part of national life. The fact that the Islamic State’s caliphate in Iraq and Syria is on its way to destruction means that we in the West are very likely to see more of the stabbings, shootings and vehicular attacks that France, Germany, Belgium, Britain and the United States have experienced over the last year. It’s up to the intelligence community and counterterrorism professionals to snuff out what they can. And it’s up to political leaders around the world to keep the terrorist threat in perspective.